The website is under construction. We apologize for any inconvenience.
Home / Insights/ Surveys/ Italian Books in the Czech Republic 2019-2020
InsightsSurveys 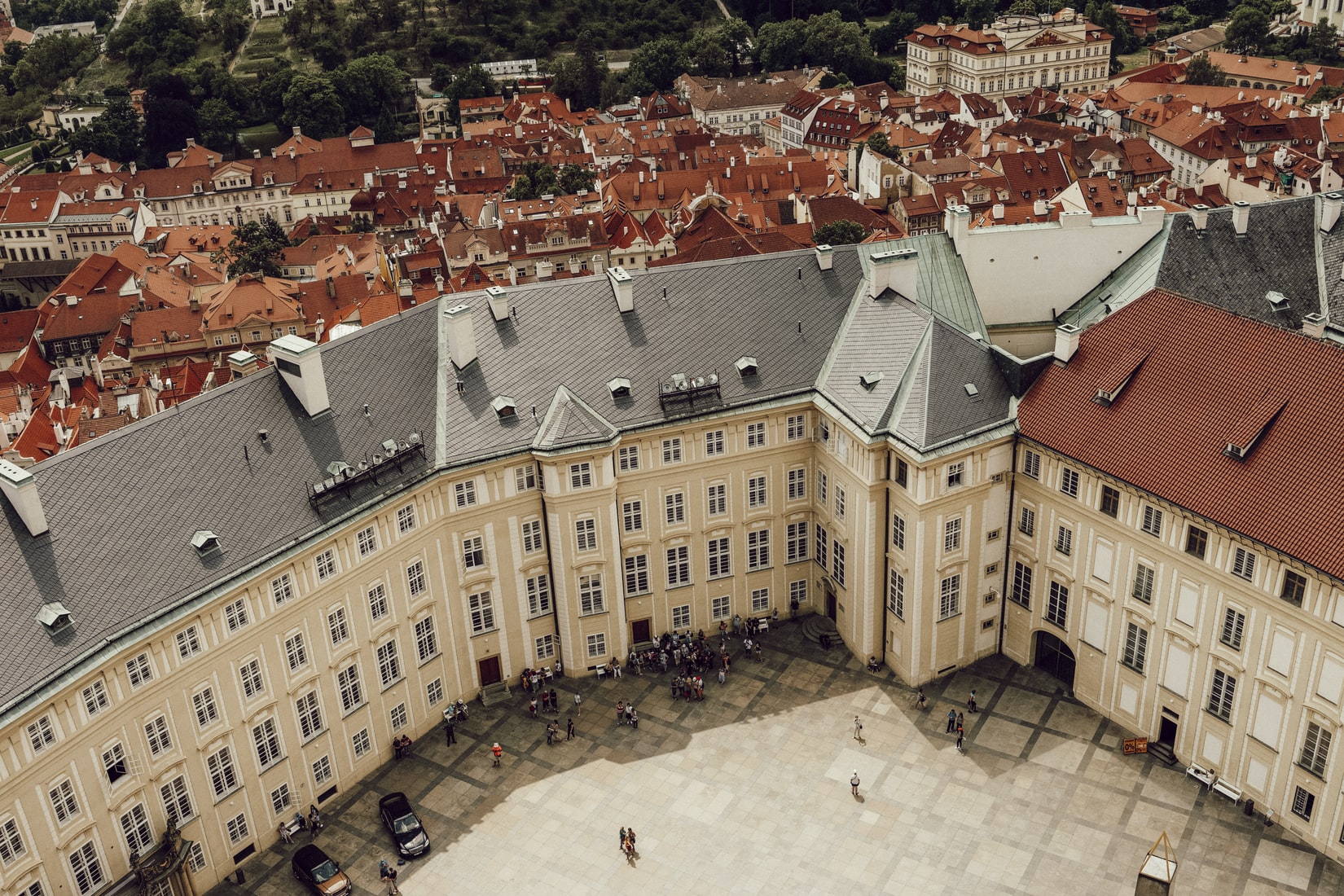 It is not always easy to understand what is happening in the book market as the reasoning for the decisions taken is not always that straightforward. It is quite a difficult task, therefore, to explain why the interest in Italian literature in the Czech Republic has recently gone from the occasional, sporadic flurry to a more focused, constant attention.

All you need do is take a quick look at the catalogues of publishers in the Czech Republic to realise that this is a particularly happy moment for Italian authors. Some of the most important publishing houses, such as Argo, are adding more and more names to their collections and some of them are managing to make quite a healthy profit from doing so (Prostor, which publishes Elena Ferrante). While in the past it was primarily Paseka that published Italian books, today, there are also Odeon, Kniha Zlín and Host, to mention just a few. In any case, the number of Italian titles present in the Czech book market has grown over the last two years and, most importantly, the response of Czech readers seems very encouraging.

When talking about the success of Italian literature abroad, it is impossible not to mention the Elena Ferrante phenomenon. The last two years saw the publication of the few works of hers that were not already available in the Czech language: Spiaggia di notte and La figlia oscura (both translated by A. Flemrová), L’invenzione occasionale (translated from English by A. Kudrnová) and her very latest novel, published at the same time in thirty-five different countries, La vita bugiarda degli adulti (translated by S. Baroni).

Her quadrilogy, translated by A. Flemrová, continues to be a best seller and is always clearly in view in bookshops. All four works were republished in 2020, while in 2019 Prostor published another edition of I giorni dell’abbandono (translated by J. Volný), published by Kniha Zlín in 2011.

Elena Ferrante is also the most reviewed Italian writer. To have an idea of her influence it is sufficient to mention the results of a survey published at the end of the year in the cultural supplement of the daily newspaper Právo concerning the most important books of the last decade. Top of the list drawn up by the five experts consulted was My Brilliant Friend, preceding Julian Barnes’s The Sense of an Ending and Michel Houllelbeque’s The Map and the Territory.

In a very recent interview with the daily newspaper Mladá Fronta, in reply to the almost mandatory question concerning the most famous Italian writer of the moment and her leading role in helping to take Italian literature beyond the national borders, Marco Missiroli (his book Fedeltà was published in Czech in 2020, translated by H. Legetporer) replied that the new Italian authors would have in any case managed to gain the attention of foreign readers, admitting, however, that the success of the author of My Brilliant Friend had greatly accelerated the process.

In the Czech Republic and the rest of the world in general, what Elena Ferrante has done for Italian literature is something that a multitude of literary agents would dream of achieving in their entire career. By reflection, she has given greater visibility to the works of her fellow writers and, most importantly, has convinced publishers that an Italian title can become a bestseller, something that had probably not happened since the days of Umberto Eco’s The Name of the Rose.

That is why everyone is looking for the new Elena Ferrante (female or male), paying greater attention to all the latest publications, with a preference for writers who have not yet been discovered, so contemporary, living authors. That is also because meetings with readers tend to work well and are, in any case, an excellent way of boosting sales. Translations are now being published closer and closer to the date of publication of the original. In the last two years, these translate-and-publish books include Viola Ardone’s Il treno dei bambini (translated by A. Macková), Rosa Ventrella’s Storia di una famiglia perbene (translated by P. Přívozniková), Lorenzo Marone’s La tentazione di essere felici (translated by  M. Žačková), Stefania Auci’s I leoni di Sicilia (translated by A. Flemrová), Emanuele Altissimo’s La luce rubata al giorno (translated by A. Kalinová) and Paolo Genovese’s Il primo giorno della mia vita (translated by B. Mahlerová), with the author already known to the Czech Republic as a film director.

The main literary prizes in Italy are also closely followed, especially the Campiello Prize (Rosella Postorino’s Le assaggiatrici di Hitler, translated by J. Montorio Doležalová) and the Strega Prize, including the other shortlisted books (Antonio Scurati’s M. il figlio del secolo, translated by M. Kronbergerová; Missiroli’s already mentioned Fedeltà; and Nadia Terranova’s Addio fantasmi, translated by M. Štefková). This predilection for what is new unfortunately also has its downside, as these books tend to have a very short lifespan with interest quickly disappearing and only in a few cases is it still possible to find these books in bookshops a couple of years after their publication.

The international book market is increasingly global and interconnected. Czech publishers, therefore, look around to see what has already worked elsewhere. For example, they will often publish works that have been rediscovered in Italy or elsewhere when they are successful. This is what happened in the case of Goliarda Sapienza’s L’arte della gioia (translated by H. Vorčová) and Gianfranco Calligarich’s L’ultima estate in città (translated by A. Flemrová). They also publish novels by writers who are known to readers, such as Claudio Magris’s Non luogo a procedere and Sebastiano Vassalli’s La chimera (both translated by K. Vinšová), as this means that they will have their own following of readers. Strangely, it is often small publishers that make the most courageous, less obvious choices. One such example is Rubato, which in 2019 published Anna Maria Ortese’s Il cardillo addolorato, translated and proposed by Jiří Pelán.

The contribution of translators to the dissemination of any literature abroad is always considerable, but difficult to quantify. In addition to their visible work, namely their published translations, they also provide a less evident, but invaluable form of support, by reading and choosing books, filtering the books proposed by literary agents, and by suggesting authors and works themselves.

In 2020, the Josef Jungmann Prize, the most important national translation prize, was awarded to Alice Flemrová, lecturer in Italian literature at Charles University and a tireless literary translator. It is impossible to list here all her translations, which include writers from Italo Svevo and Luigi Pirandello to Paolo Cognetti (Senza mai arrivare in cima, 2019) and Domenico Starnone (Lacci e Confidenza, 2020). In the two-year period we are looking at, between novels, comic books and poetry collections, she translated eleven different titles. A. Flemrová had also been shortlisted for the prize for her translations of Elena Ferrante’s La figlia oscura and Roberto Saviano’s La paranza dei bambini, published by the small, but interesting Dybbuk. After receiving this important award, there were a series of articles and interviews in newspapers and on the radio, which also helped to give greater visibility to the most recent Italian literature.

The radio is a very reliable tool for the dissemination of culture in the Czech Republic. It is used regularly to present books that have just come out in bookshops and, most importantly, to broadcast unabridged or adapted readings of works of particular interest. Between 2019 and 2020, the radio stations Vltava and Dvojka, in addition to massive doses of Elena Ferrante (L’amore molesto, La vita bugiarda degli adulti, I giorni dell’abbandono and La figlia oscura), also offered Czech listeners Milena Agus (Mal di pietre, translated by Flemrová, 2010), Paolo Sorrentino (Tutti hanno ragione), Italo Calvino (five short stories from Gli idilli difficili, translated by K. Vinšová, 2018), Domenico Starnone (Lacci), Antonio Moresco (La lucina, translated by A. Flemrová, 2017), and also the radio plays Lu santo jullare Francesco by Dario Fo (translated by M. Feltlová) and the trilogy Lehman Brothers by Stefano Massini (translated by Novotná). The radio adaptations were developed and supervised almost entirely by Marina Feltlová, who works in the arts and culture section of Czech radio and is a translator from Italian.

Unfortunately, nowadays poetry only interests a niche audience, even in a country with a strong poetic tradition like the Czech Republic. In the two-year period examined, the only book published is a bilingual selection of Pier Paolo Pasolini’s poems, translated by A. Flemrová and T. Maras. The total lack of interest in contemporary authors of poetry is not, therefore, surprising.

Something else worth noting is the growing interest in comic books, with the trend the direct opposite of that for narrative as, in the last few years, there has been the publication in Czech of, primarily, authors whose works are now considered classics of the genre, such as Hugo Pratt (translated by A. Flemrová) and Guido Crepax, but also Milo Manara (both translated by D. Steublová) and the younger Adriano Barone and Officina infernale (translated by A. Jacková). There is also a book by Zero Calcare, published in 2018, which was translated from English, however.

There is no need to underline what a difficult year 2020 was for the Czech publishing sector. A few new works appeared just as the bookshops started to close, while many other publications were postponed for several months, with publishing schedules generally disrupted. The Prague book fair, which is held every spring, was cancelled and many authors were unable to arrange meeting with their readers. Right now, publishers are undoubtedly a little more cautions about acquiring translation rights and, in some cases, have even cancelled the acquisition.

Perhaps the effects of the pandemic in the publishing sector will be even more evident in the next two-year period. Nevertheless, around seventy Italian books – mainly new titles, but also a few re-editions – were published in 2019-2020, which, in a country with a population of just 10 million inhabitants and, therefore, a relatively limited number of readers, can be considered a more than satisfactory result.