The website is under construction. We apologize for any inconvenience.
Home / Insights/ Surveys/ A Parisian book series dedicated to Italian literature
InsightsSurveys 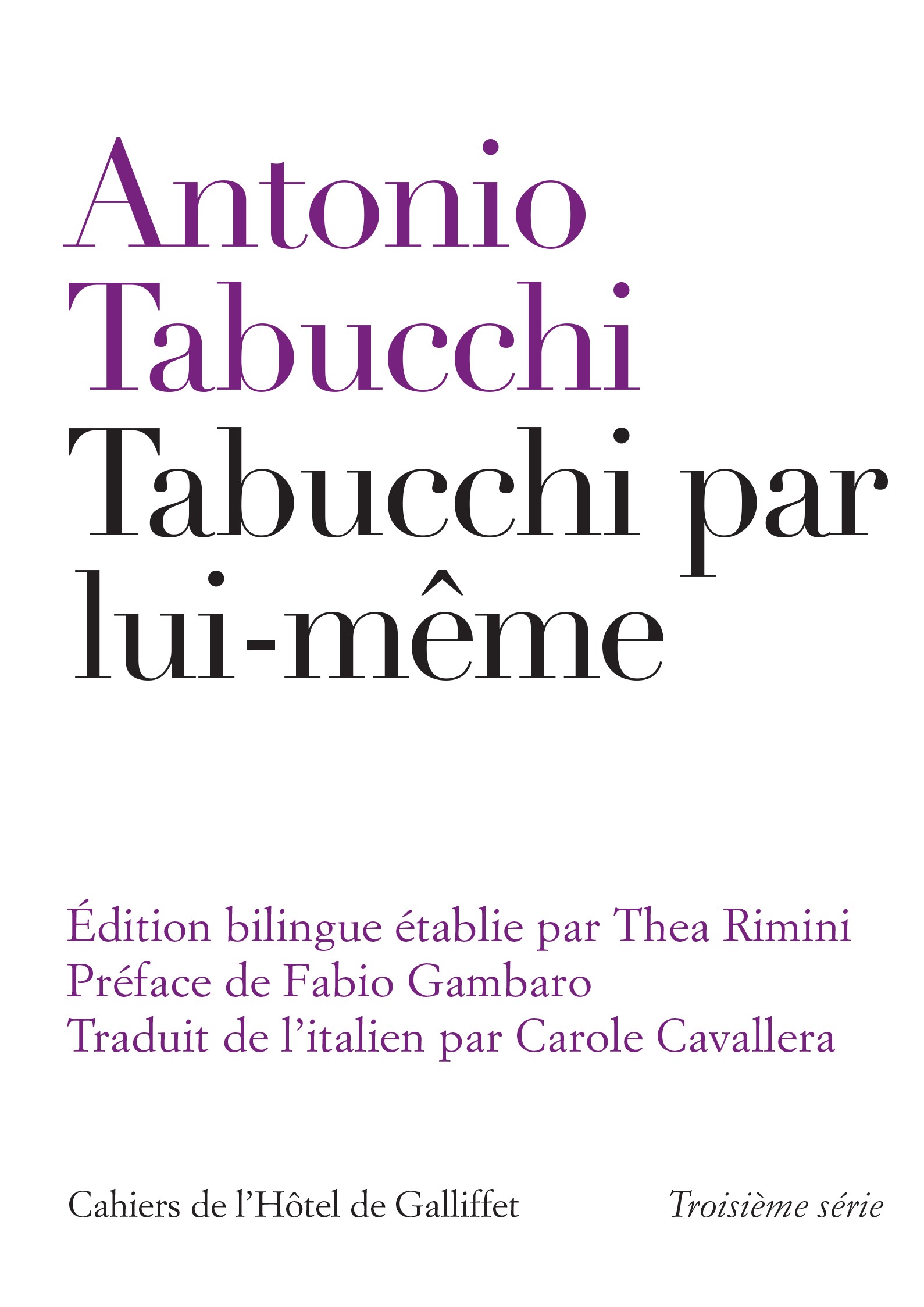 For over fifteen years, the Italian Institute of Culture in Paris publishes a series of studies and Italian literature texts: the “Cahiers de l’Hôtel de Galliffet”.

Created and, to this day, supervised by Paolo Grossi, the series will have published fifty titles by this year.

The series was born in 2003 and aimed at collecting the proceedings of the study days and conventions dedicated to authors participating in the selection procedures held by the Ministère de l’éducation nationale for the recruitment of Italian teachers into French highschools (CAPES and Agrégation). However, over the years, the mission evolved as the focus turned to publishing Italian authors, mainly from the twentieth century, little known in France and, at times, even in their homeland: this valuable work of rediscovery helps to fill the gaps in French publishing.

The “Cahiers” are always accompanied by introductions from qualified specialists, Italian and French, (from Salvatore Silvano Nigro to Mario Barenghi, from Thierry Laget to Martin Rueff, just to cite a few) and they are characterised by a careful editing and an elegant graphic design.

The first series, characterised by an ivory cover, has thirty-one titles and is further distinguished by its prevalence of study collections (we highlight, in particular, conference proceedings on Dante, Petrarca, Boccaccio, Machiavelli, Cellini, Metastasio, Alfieri, Monti, Pascoli, the writers from the Great War, Bassani, Calvino, Fo, Tabucchi). Although important translations are already present, such as the work of Muriel Gallot, the “Cahiers” printed a wide selection of lyrical texts by Gabriele d’Annunzio (published in 2008 after there had been no editions of his collections of poetry in over forty years, as registered by French publishers), the first anthology of poems by Giorgio Bassani translated, once again, into French by Muriel Gallot, the first collection of essays by Vittorio Foa (Une traversée du siècle, edited by Antonio Bechelloni and translated by Carole Cavaller) and there was a revival of rare or forgotten titles such as Museo d’ombra by Gesualdo Bufalino or Il ventre di Napoli by Matildo Serao, all titles which, until recently, were surprisingly unknown in France.

But it is only with the second book series, marked by a sky-blue cover, that translations of the twentieth century texts become prevalent.

On one side, poetry and prose battled it out with the lyrical publications of Salvatore Quasimodo by Anna Maria Ortese and Goffredo Parise and, on the other, were the critical and autobiographical writings and inventions of key Italian literary figures of the twentieth century, little known in France. These include Nicola Charomonte  (Le Paradoxe de l’histoire, the translation of Credere e non credere, to this day unavailable in Italy) or Piero Jahier (Avec les alpins), Antonio Delfini (Modène 1831. La ville de la Chartreuse) and Raffaele La Capria (Interviews impossibles).

The third series, with a white cover, is committed to acquainting France with contemporary authors. This commitment has been further consolidated with the launch of live poets such as Eugenio De Signoribus, whose collection of prose poetry was published (Aucun lieu n’est élémentaire) and a tasteful rediscovery of authors that write in both Italian and French (we refer to Nella Nobili and the editor Marie-José Tramuta who curated a parallel text publication of Poèmes). At the crossroad between Italian and French culture lies one of the most original revivals of the “Cahiers” book series, the novel of Alberto Vigevani, Un certo Ramondès. Published by Feltrinelli in 1966, the book has never been reprinted since. It tells the story of a secret French agent who was invited to Milan in the spring of 1940 to explore the moods within intellectual anti-fascist ambiences. It’s a funny comedy of crossed wires in which agent Ramondès, who lives his stay in Milan through the readings of Stendhal, is mistaken to be the writer of the much esteemed Nouvelle revue française…Vigevani’s book, which was translated by Vincent d’Orlando, has an introduction written by Maurizio Serra.

Amongst the last titles published, let us also recall the first French translation of a selection of essays by the philosopher and pacifist Aldo Capitini, including a preface by Goffredo Fofi; a collection of unedited autobiographical texts by Antonio Tabucchi, published exclusively, and the posthumous stories of Goffredo Parise, Gli Americani a Vicenza, translated by Marguerite Pozzoli.

In programme for 2020 are the texts of Pier Antonio Quarantotti Gambini (La rosa rossa), Nuto Revelli (Le due guerre) and Leonardo Sciascia (L’adorabile Stendhal): the research of “Cahiers dell’Hôtel de Galliffet” amongst the bookshelves of our twentieth century continues.