The website is under construction. We apologize for any inconvenience.
Home / Highlights/ Dante Alighieri in Thirty-Three Languages
Highlights 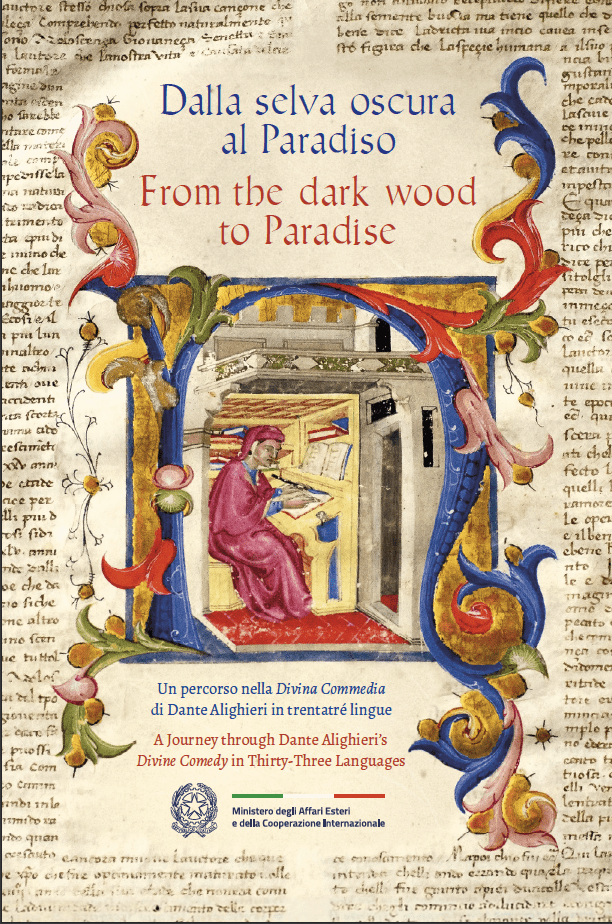 The audiobook Dalla selva oscura al Paradiso. Un percorso nella Divina Commedia di Dante in trentatré lingue, produced by the Ministry of Foreign Affairs and International Cooperation to mark the 700th anniversary of Dante’s death, enables people to listen to a wide selection of his poetry in 33 languages.

Guiding listeners through the three parts of the Divine Comedy – Inferno, Purgatorio and Paradiso –, this unique tool to helps people discover or rediscover a remarkable poem, which continues not only to stimulate the interest of readers all over the world, but also to inspire artists, writers, musicians, and film and theatre directors.

Conceived and designed by the Ministry of Foreign Affairs and International Cooperation’s Directorate General for Economic and Cultural Promotion and Innovation, the audiobook was produced through the collaboration of thirty-two Italian Cultural Institutes, each of which sent a recording, in their language of competence, of readings of selected passages from the Divine Comedy performed by local actors.

The Italian version is the work of Marco Martinelli and Ermanna Montanari from the Teatro delle Albe in Ravenna, who have been carrying out research on Dante’s poem for many years.

Sponsored by the national committee for the Dante celebrations and the Dante group of the ADI (Association of Italian Studies), the project was developed together with the Municipality of Ravenna, supported by two leading Dante scholars, Alberto Casadei (University of Pisa) and Sebastiana Nobili (University of Bologna-Ravenna).

The audiobook is available free of charge in thirty-three languages on the platforms Spreaker, Spotify, Deezer, Applepodcast and Googlepodcast at the address “Dalla selva oscura al Paradiso”.