The website is under construction. We apologize for any inconvenience.
Home / Insights/ Surveys/ Editorial Stories: Zsolnay and folio
InsightsSurveys 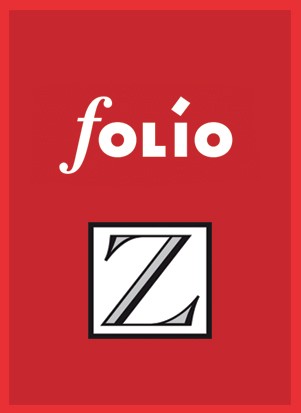 Zsolnay was born in 1924, and can claim credit to particularly prestigious translations since its early years, such as the letters by Giuseppe Verdi, chosen and edited by Franz Werfel; La vita di Dante (“The Life of Dante”) by Tommaso Gallarati Scotti; The desert of the Tartars by Dino Buzzati; Annalena Bilsini, a posthumous novel by Grazia Deledda. Particularly dear to this publishing house is the theme of Central Europe, which has been addressed since the nineties and continues today through the translation of titles such as Il mito absburgico nella letteratura austriaca moderna e Danubio (“The Hapsburg myth in modern Austrian literature and Danube”) by Claudio Magris; Trieste: Un’identità di frontiera, (“Triest: A frontier identity”), a four-handed essay signed by Magris and Angelo Ara; the last two novels by Fulvio Tomizza, –The fifth season and Franziska – and, more recently, the essay Al margine (“On the margin”) by Francesco Magris. Between the 1960s and 1990s, the novels and essays of Leonardo Sciascia‘s published by Zsolnay were numerous, testifying to strong attention that the publishing house paid to the author of Racalmuto.Very recent translations of novels released by Zsolnay are: Cattivi (“The bad ones”) by Maurizio Torchio (2017) and La compagnia delle anime finte (“The company of fake souls”) by Wanda Marasco (2018). Numerous publications are due in 2021 such as: La straniera “(The foreigner”) by Claudia Durastanti; The hummingbird by Sandro Veronesi; Gianfranco Calligarich‘s L’ultima estate in città (“Last summer in the city”) and Giorgio Pressburger‘s Racconti triestini (“Tales from Triest”).

Equally important, as a promoter of Italian culture in German-speaking countries, is the small but very active folio Verlag, based in Vienna and Bolzano. Founded in 1994 by the South Tyrolean publishers Hermann Gummerer and Ludwig Paulmichl, folio presents a list of translations from a rich and diverse Italian language: in addition to the classics Ippolito Nievo, Emilio Lussu, Pier Paolo Pasolini and Vincenzo Consolo, the catalogue includes works by prominent contemporary authors, such as Dacia Maraini, Paolo Rumiz, Piersandro Pallavicini and other emerging female voices such as Valeria Parrella, Andrea Marcolongo and Brunamaria Dal Lago Veneri.
Its series of translations of greater commercial ambition includes quality Italian Murder Mysteries and Noirs with Giorgio Scerbanenco’s classic titles and, with considerable frequency, several novels by contemporaries such as Giancarlo De Cataldo, Carlo Bonini, Gioacchino Criaco, Gianrico Carofiglio, Carlo Lucarelli and Massimo Carlotto.
The folio also gives particular importance to poetry. The commendable and ambitious project, still in progress, of the complete works of Andrea Zanzotto in German (9 volumes are planned) won the Mibact National Award for Translation in 2007. Lastly, the translation of Italian and Ladin anthologies by Roberta Dapunt presents a worthy and intense poetic voice from the Tyrolean area. After Dapunt’s Nauz, which was completed last January, Le beatitudini della malattia (“The Beatitudes of Illness”) will be translated next autumn. The autumn folio catalogue will contain the translation of Massimo Carlotto‘s La Signora del Martedí (“The Tuesday lady”) and Andrea Marcolongo’s La misura eroica (“The Heroic Measure”). The later author will be the protagonist of the Buch Wien, on the 12th of November, along with the well-known writer Austrian Vea Kaiser. The event is in collaboration with folio, the Italian Cultural Institute of Vienna and Hauptbücherei am Gürtel and the Central Civic Library of Vienna.