The website is under construction. We apologize for any inconvenience.
Home / Insights/ Interviews/ From Madrid: interview with Carlos Gumpert, writer, critic and translator into Spanish
InsightsInterviews

From Madrid: interview with Carlos Gumpert, writer, critic and translator into Spanish 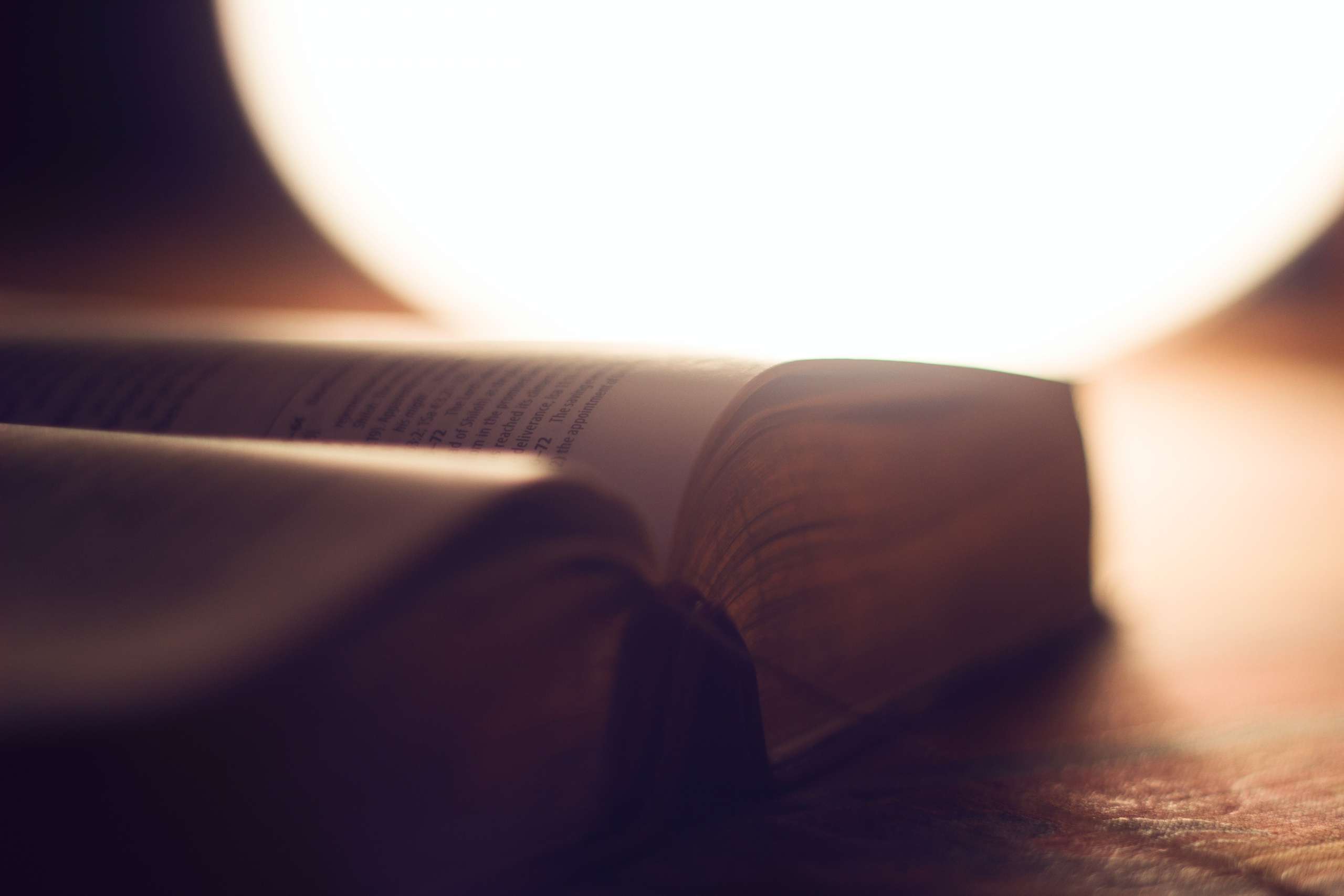 Carlos Gumpert has been a reader at the University of Pisa for several years. He has translated essays, art books, children’s and youth literature and graphic novels, and specializes in contemporary Italian literature, with over 130 translations for the most prestigious Spanish publishers who publish authors such as: Antonio Tabucchi, Giorgio Manganelli, Erri De Luca , Carlo Emilio Gadda, Andrea Camilleri, Ugo Riccarelli, Helena Janeczek, Goffredo Parise, Alessandro Baricco, Italo Calvino, Umberto Eco, Primo Levi, Dario Fo, Massimo Recalcati, etc. He regularly writes articles and reviews on Italian culture and is the author, among other books, of Conversaciones with Antonio Tabucchi (1995).

Laura Pugno, the director of the Italian Cultural Institute in Madrid, interviewed him for newitalianbooks.it

What space do Italian books and Italian literature have and how do they influence the Spanish publishing scene?

In quantitative terms, Italian literature has its own space since, traditionally, it is the third most translated in the world, after English and French and it is in competition with German literature. From a qualitative point of view, however, the nuances are manifold, as we will see in the issues that follow, even if the Italian literature situation is much the same as other world literatures (except, perhaps, for English literature) whose most commercial authors sell a lot, while more demanding authors (and their courageous and “daring” publishers) struggle to find space in the market and to receive attention from readers.
Influencing factors are difficult to assess and have undergone many fluctuations over time, from the small boom of the 1980s to a certain current indifference. However, I would say that Spanish readers and publishers are attracted and feel sympathy towards Italians more so than to that towards other cultures, probably due to the cultural similarity (Siamese, as García Márquez defined it) which unites the two countries. In Spain, this attraction has been present for several decades and is deeply rooted (even in post-war anti-Francoism), in Italy it is more recent (from the end of the last decade of the last century).

What type of book in Italian – novel, essay, poetry, theater, etc. – do you think Spanish publishers are looking for?

This depends on the publishing house and gender. Poetry and theater are not often translated, and they struggle to find an audience.
Whereas, best sellers and midcult works (Moccia, Giordano, Tamaro) haven’t had any problems and a publishing house such as Salamandra seems to have specialized in the latter type. Logically, large groups try to sell and bet on safe sales.
There are, however, many publishing houses that publish quality Italian literature, from medium publishing houses, such as Anagrama in the lead, but also Siruela, Alfaguara, Tusquets, Lumen, etc. In recent years, small independent publishing houses have publicised fundamental authors such as Errata Naturae (Luciano Bianciardi and Ennio Flaiano), Periférica (Ugo Cornia, Gianni Celati and Michele Monina) or Sajalín (Beppe Fenoglio).
The one common feature they or almost all share is their search for detective literature, a genre that is praiseworthy in itself, but which has turned into a plague that has taken away space for other proposals. There is no glimpse of a new Cervantes who will put an end to the genre, as he did with the cavalry books.
I am under the impression that Italian essay genre, especially the educational type, receives interest in our country, with publishing houses like Ariel, but I am not an expert on this area.
Even children’s and young adult literature has its audience and publishing houses (such as Anaya, Edelvives, SM slightly less) and they publish Italian authors regularly.

Which important books still need to be translated?

A lot of poetry and theater is still left over, due to the reasons I referred to previously. The case of the classics, for example, is a particularly worrying area. With the exception of Dante, who has a variety of famous translations, the situation for Petrarch and Boccaccio could be much improved. Until recently Ariosto‘s translations went as far back as even the Renaissance, neglecting Goldoni, Manzoni or Verga with outdated translations. Until Pirandello, the situation in the twentieth century didn’t normalise, although Nievo and De Roberto have been recently translated. Furthermore, in many cases, the translations are limited to university series, such as those by Cátedra, or they are not always of the quality that one would expect.
This phenomenon affects all literature, not only Italian and is largely due to the fact that Spanish publishers do not have a classic book series. The exceptions are Akal and Acantilado publishing houses which have both always payed attention to the classics.
Having said that, I believe that the real problems are the brief success of many translations and the poor attention given by the readers, which is bleak. Many interesting contemporary authors are lost in the excess of publications afflicting the Spanish publishing system. And this surprisingly strikes even consecrated authors. Just to mention the classics of the twentieth century, the immense figure of Carlo Emilio Gadda does not enjoy the right notoriety, and not for the lack of commitment of a publishing house such as Sexto Piso; many other authors of the same calibre remain in a kind of limbo, such as Pavese and, perhaps, Sciascia (despite Tusquets’ efforts), Elsa Morante (despite Lumen) or Anna Maria Ortese (despite Minúscula). Only Calvino and Pasolini have been partially saved.
From a personal point of view, I am very sorry that two proposals that I myself submitted to editors, who accepted without batting an eyelid because they combined literary value with a wealth of levels that could have reached many readers, such as Sillabari (“Primer”) by Goffredo Parise, Un uomo che forse si chiamava Schultz (“A Man who was perhaps called Schultz”), Ugo Riccarelli’s Il dolore perfetto (“The Perfect Pain”), have passed through the Spanish bookstores without receiving their deserved recognition.

How can we make relations between Italian and Spanish (even) closer?

I have the impression that, despite what has been said and the natural sympathy that unites the two countries, a lack of mutual knowledge persists and is weighed down by clichés. Furthermore, it seems to me that we share a certain feeling of mutual devaluation, as Latin countries and we are fascinated by other nations, which leads us to know them better than our own.
As far as Italian literature is concerned, I believe that Italian institutions need to spread their culture more thoroughly and activate first-hand knowledge. To give an example, many small publishing houses are excessively influenced by Sellerio which, it is an extraordinary publishing reality but modern scouting systems and new technologies do offer other possibilities. Although I’m not very sure, I think the same happens in Italy in the opposite direction.

Is there anything you would like to add to this conversation?

Perhaps the most important thing. For a reception analysis of Italian literature and any other literature, we must consider that the Spanish socio-literary-editorial system is weak. It has an extremely small number of “strong readers”, as we like to call them in Italy, with low, if not ridiculous, sales figures in a social context that pays very little attention to literature. Analyzing the reasons for this situation transcends the limits of this interview (the traditional Hispanic disdain for culture, educational obstacles, etc.). Anyone who has travelled a little has envied the strength and richness of neighbouring bookstores, cultural supplements and the presence of literature and culture, even in the press and television, and I am not just speaking about France and Germany but also Italy. In this context, it is therefore not difficult to understand all we have mentioned previously.