The website is under construction. We apologize for any inconvenience.
Home / Insights/ Interviews/ Interview with Diego Marani Writer, Translator and the New President of CEPELL
InsightsInterviews

Interview with Diego Marani Writer, Translator and the New President of CEPELL

Author: Centre for Books and Reading – Ministry of Cultural Heritage and Activities 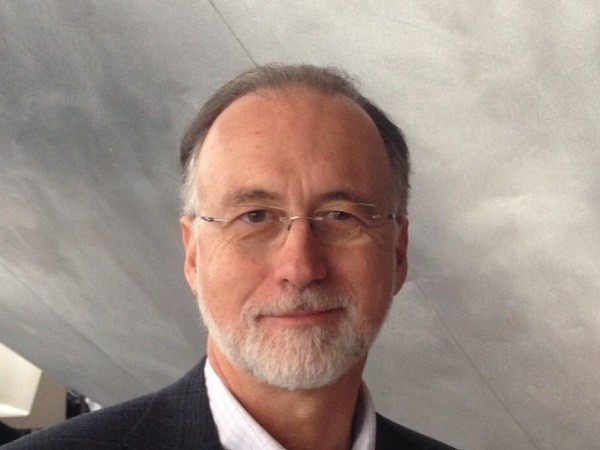 Diego Marani was born in Ferrara and trained as an interpreter at the University of Trieste before working first for the European Union’s Council of Ministers and then the European Commission, where he has specialised in multilingualism and support for literary translation. He was adviser to the Italian Minister of Cultural Heritage and Activities during the Italian Presidency of the European Union in 2014 and since 2015 has been working for the European Union’s External Action Service, where he is a cultural policy coordinator. Diego Marani is also the author of numerous books and essays. He was awarded the Grinzane-Cavour literary prize for his novel Nuova grammatica finlandese, which has been translated into fifteen different languages, including English (New Finnish Grammar). L’ultimo dei Vostiachi (The Last of the Vostiaks) was shortlisted for the Premio Campiello and won the Premio Stresa. His latest novel, Il ritorno di San Giorgio, was published in 2019 by La Nave di Teseo. Diego Marani is also the inventor of Europanto, the mock language in which he has written hundreds of articles for several European newspapers and also published a series of short stories, Las adventuras des Inspector Cabillot. He contributes regularly to several newspapers and is a blogger for eunews.it.

On the CEPELL (Centre for Books and Reading) website it states that: “The Centre’s goal is to implement policies that encourage the publication of books and reading in Italy and to promote Italian books and culture abroad by offering itself not only as a point of reference for the diverse members of this professional community, but also as a space for dialogue and discussion where people from both the public and private sector working in any of the many diverse professions involved in the production, knowledge and dissemination of books can exchange ideas.” The promotion of Italian books abroad is, therefore, one of CEPELL’s main missions. As you recently took over the presidency of CEPELL, can you tell us what CEPELL is currently doing to promote Italian books abroad? And what further initiatives do you have planned to foster the internationalisation of the Italian publishing sector?

CEPELL runs and supports a number of activities aimed at promoting the Italian publishing sector, such as the Festival Italissimo, which is held every year in different parts of Paris: Maison de la Poésie, the Italian Cultural Institute, Sciences Po, the Italian high school Liceo Leonardo Da Vinci, the Lycée Jean-Jacques Rousseau in Sarcelles, the Sorbonne, the Pantheon. This Festival, the fourth edition of which was held in last year, hosts numerous events linked to Italian literature and culture that vary in both format and content – meetings with authors, panel discussions, readings, film showings and installations. They all attract large, enthusiastic audiences. Then there is The Bridge/Il Ponte award, created and promoted by the Casa delle letterature in Rome, together with the Center for Fiction in New York and the Embassy of the United States of America in Rome, with the collaboration of CEPELL and the Italian writers’ Federation (Federazione Unitaria Italiana Scrittori – FUIS). This award, which is also supported by the Italian Embassy and Italian Cultural Institute in Washington, the Italian Cultural Institute in New York and the American Academy in Rome, is aimed at disseminating knowledge of and encouraging the reading of some of the best recent fiction and non-fiction publications in our two countries. The American authors are selected in September in two rounds of voting by an Italian jury made up of twenty-five members for the fiction awards and twenty-five members for the non-fiction awards. Symmetrically, the works of fiction and non-fiction by Italian authors are selected by two American juries, each made up of twenty-five members.

CEPELL also runs the project “Premio italo-tedesco per la traduzione”, a joint Italian/German translation prize aimed at continuing and improving the cultural and intellectual exchanges between our two countries by both promoting the translation of contemporary literary works. Until 2018, this prize, which was introduced in 2008, was awarded one year to Italian translators and one year to German translators. The prize is awarded for works that have contributed to the dissemination of the contemporary literature of one country in the other country, in recognition of the fundamental role that translators have as mediators between cultures, but also to highlight that translations are a work of art in their own right.
Lastly, there is the yearly bilateral prize “Intersezioni. Italia-Russia”, created by CEPELL, together with the Italian Cultural Institute in Moscow, which is aimed at promoting Italian and Russian literature by offering the winner the chance to have their book translated (from Italian into Russian or vice versa) and then published, enabling readers in each country to get to know works that have already been successful in the other country. The prize also helps new voices to emerge in the literature of both countries.

In addition to these well-established initiatives, CEPELL also intends to develop a strategy for the dissemination of Italian books abroad that is specific to each country, which also involves working more closely with Italian Cultural Institutes. The aim is to develop joint initiatives, in particular by organising a series of meetings with authors to help them become better known abroad. CEPELL will be paying special attention to translators from Italian, whom we want to invite to stay in residences for artists in Italy so they can meet Italian authors, whose works will in this way be promoted.
With regard to the promoting of Italian books abroad, CEPELL, together with the Ministry of Foreign Affairs and International Trade, is supporting the specific bilingual website, newitalianbooks, created by Treccani in collaboration with AIE (Italian Publishers Association). Another initiative to help promote Italian books abroad was the decision to put the association Mangialibri in charge of the office responsible for helping to organise abroad meetings, presentations of recently published books and publication proposals, as envisaged by the SLIM project (Settimana del Libro Italiano nel Mondo – Italian books in the world week).

Translators are irreplaceable in their role as mediators between cultures in the publishing sector and it is often translators themselves who suggest to publishers which books should be translated. As they have such a decisive role, a determined initiative aimed at highlighting this essential role as mediators between cultures would be very welcome. What can CEPELL do to help?

CEPELL intends to raise awareness in the publishing world as regards the importance of the role of translators by boosting the prestige and visibility of this profession. We are studying, among other things, the possibility of introducing a highly prestigious translation prize and the promoting of the best practices that exist in the translation sector in other countries as regards payment and general working conditions.

CEPELL supports the Casa delle Traduzioni, an institution that is part of Rome’s public library system, based in via degli Avignonesi 32. Thanks to the Casa delle Traduzioni, a number (unfortunately, very small) of translators from Italian into other languages are able to enjoy short stays in Rome, providing them with an invaluable opportunity not only to keep abreast of changes, but also to establish personal contacts within the Italian publishing and cultural world. Is there any plan to increase the support that CEPELL already provides?

CEPELL intends to assist any Italian institution dealing with translation that is willing to become a meeting place for everyone working in the publishing sector, from authors to publishers and translators. As I mentioned before, one of the new activities being developed by CEPELL is the promoting of residences for artists developing activities linked to translation. Rather than supporting this or that institution, our aim is to support projects developed by any institution that, in our opinion, are likely to promote books and reading. We are trying to encourage the development of initiatives, which we will then support when these initiatives are implemented. What we particularly want to see is the development of synergies between different institutions so that the various efforts of different institutions are not wasted, but instead become more efficacious.

Finally, as a last question, I would like to ask you about the imminent Dante celebrations, which are taking place in 2021. What initiatives are being studied to promote the work of the “Sommo Poeta” (“Supreme Poet”) outside of Italy?

CEPELL is studying a form of collaboration with the ADI (Associazione degli Italianisti) that will hopefully result in the creation of two projects. The first is “Piazza Dante”, a series of readings of Dante by actors in the public squares of cities that have received our “Città che legge” award (Padova, Pescara, Cosenza, Lecce…), with the exception of the first and last readings, which will probably take place in theatres. The final reading may be held in the Greek Theatre of Taormina. The other project is “Nel nome di Dante”, a series of meetings with Italian and foreign contemporary writers, which could result in the creation of an anthology of articles on Dante. Another possible form of collaboration currently taking shape with the Ministry of Foreign Affairs and International Trade and the network of Italian Cultural Institutes abroad is the creation of a Dante marathon (scheduled for 21-25 March 2021), a sort of relay between the different Italian Cultural Institutes, with which to highlight the truly international importance of the figure and work of Dante. Finally, as part of the programme Libriamoci 2021, we are studying an initiative, “Libriamoci con Dante”, for readings of Dante in schools to be carried out with the help and guidance of ADI.