After more than a year of the pandemic and international book fairs online, how are Italian books doing abroad?

Despite the initial shock, which froze the entire world and not just the publishing sector, everything has kept going in the publishing world. The figures are quite surprising, but also very clear: after an initial period of confusion, when everything came to a standstill, the publishing sector was quick to react. Actually, the stop imposed on the publishing world turned out to be a blessing in disguise. As, almost everywhere, people rediscovered the pleasure of reading, this spurred publishers into action, making them more focused and more efficient. There have been cuts, changes and the re-arranging of publishing plans, but nobody has stopped wanting to publish good books. It’s the same for Italian books abroad. Those people who expected foreign publishers to stop acquiring the translation rights of new Italian authors were proved very wrong. It just didn’t happen, although it is true that publishers have been rather more cautious in their choices, with a preference for classic authors as their works have a longer shelf life. And, at least in my experience, there have also been some very interesting phenomena.

What are foreign publishers looking for when they look to Italy? Have any new trends emerged recently?

For years they have been looking for novels or works of non-fiction about the mafia, with all its different varieties – mafia, camorra, ’ndrangheta, in any case organised crime – or novels depicting the quintessential postcard Italy associated with the stereotypical “spaghetti love mandolino” or “shoeshine” neorealism. So, preferably, southern Italy, poverty, a really tough childhood, an almost primitive landscape and an “exotic” dimension. This is what lies behind the success of Gomorra and Commissario Montalbano (Inspector Montalbano), to mention two of the most successful examples of this type of book, without wishing to take anything away from the amazing talent of two writers like Roberto Saviano and Andrea Camilleri. They were pioneers and created a trend that has given rise to an amazing series of imitators.

A very young author who most definitely does not fit this description is Paolo Giordano, who has managed to make a name for himself with his raw debut novel, in which he does not write about an Italy that is reassuring for foreign readers. He offers a story of solitude and malaise among the young. The reaction of young American writer, Stefan Merrill Block, highlights this: “What a shock to open a novel written by a young physicist in Italy and find myself in every page! No wonder Giordano’s readers can be counted in the millions; this astute, aching contemplation of solitude has a power to make us all feel a little less alone”. This was a moment of glory for Italy, which created a new trend and started the hunt for other new “Giordano-like” voices. There were other fashions, other trends (Italian-style crime stories and novels set in the mountains are, I think, the two most worthy of note), and then Elena Ferrante arrived. And all hell broke loose.

It was fairly predictable that a novel set in Naples would have aroused a certain interest, but, to begin with, not everybody was ready to take a risk with a story about feminine friendship. And, nevertheless, all four novels have, slowly, but surely, become bestsellers, selling hundreds of thousands of copies and – wonder of wonders! – topping bestseller lists everywhere. That was the major real change made by Ferrante: for the first time, international bestseller lists were dominated by an Italian female author who, moreover, was little-known and did not like to give interviews. She was also totally unwilling to promote her books, not just abroad, but even in her own country.

It was obvious that the first result of this “deflagration” would be to rekindle greater interest in female writers, and this, in my opinion, is the main trend to have emerged recently, in addition to the one I mentioned earlier, namely the search for an author, male or female, who is able to continue speaking over time, “who never ceases to say what he has to say”, to quote Calvino. Personally, I experienced this with Alba de Céspedes, a great writer who has been forgotten for far too long, also in Italy. She shares with Ferrante that relentless gaze on the “sordid destiny” of women. Besides, it is Ferrante herself who, in her miscellany Frantumaglia, mentions de Céspedes’ masterpiece – Dalla parte di lei – as one of her “books of encouragement”, praising it as a “book that seems to me to have a great literary intelligence… in the first one hundred and fifty pages, there is the story of a mother-daughter relationship, and, more generally, a catalogue of relations between women, which is truly remarkable”.

I hadn’t seen the world’s leading publishing houses show such great interest in a female Italian author for years, just as I hadn’t seen such fierce bidding between the world’s publishing houses for the translation rights to her books, which were won by some of the top names in international publishing, including Gallimard, Suhrkamp/Insel, Seix Barral and even the Chinese publishers Shanghai 99. They all want to promote her and relaunch her in great style in the hope that they can recreate the “Ferrante fever” everyone was talking about, to the extent that the English-language publishers (Pushkin Press in the UK and Astra House in the US) are trying to get hold of Anne Goldstein (Ferrante’s translator). I am ready to bet on that, because all the foreign publishers showed the same amazement and wonder at discovering (or rediscovering, because we shouldn’t forget that de Céspedes was one of the most translated Italian female writers in the 1950s) a voice “of incredible modernity, capable of exploring female characters in depth, with no taboos”.

There are two important international events at which Italy will be guest of honour in the next couple of years: Paris 2022 and Frankfurt 2024. How much importance do you attach to these two events and what kind of results do you expect from them? What can public institutions do to ensure we arrive well-prepared at these two events?

These two events are important because they will focus everybody’s attention on Italy and its production, creating – as has happened in the past – an amazing level of interest. We must never forget that Italian is, unfortunately, a language spoken by just a small minority of the world’s population, so anything that can be done to promote its dissemination is very welcome. Meanwhile, I think it is excellent that the website newitalianbooks has filled a void that had existed for far too long, aligning Italy with other European countries, which have had a similar tool for years. I also find it noteworthy that the website decided to create a French and German version of the website in consideration of these two book fairs. This is a clear indication of the greater attention being paid to the publishing sector. Fortunately, we have left far behind those days of the famous article by Fruttero & Lucentini that was published in the Italian daily newspaper La Stampa (which, unfortunately, I am unable to find) on the absurd way in which public institutions followed Italian authors abroad. I think that the necessary interest is now being shown and in clearly tangible ways. What we now ask of public institutions is that they all work together (Ministry of Foreign Affairs, Ministry of Culture and AIE) to have a more systematic approach to the sector. Only in that way will it be possible to inform people about what is going on in Italy. And I would also like to see more presentations of authors being organised, meetings between publishers so they can help one another, overviews of the Italian publishing sector, maybe with presentations of what is being produced in different thematic areas (fiction, non-fiction, children’s books and art/catalogues). But all these things are of secondary importance – the main, indispensable tool to bring Italy in line with other countries is the use of translation subsidies. I can act as the spokesperson for many of my foreign colleagues, who ask for increased funding to be made available for this purpose, with greater certainty of receiving the subsidy and simpler procedures. They also say that they would like to have more periods during which they can apply for funding (they tell me that the Dutch Letterenfonds has seven sessions per year in which you can apply, but they said that it would be extremely helpful if there were at least two periods during which they could submit applications).

We all hope that we will soon be able to be physically present at book fairs. In the meantime, however, we have seen how the BIEF (International Bureau for French Publishers) managed to organise a powerful platform for a global launch of the “French Week”, a two-week online event involving 570 publishers from fifty-three countries together with ninety-three French publishing houses. Comparisons are often inappropriate and I don’t want to make any but why not benefit from the greater experience of your French cousins (who are known to be very skilled at promoting their products, of whatever kind) and use this experience to help smooth the way? 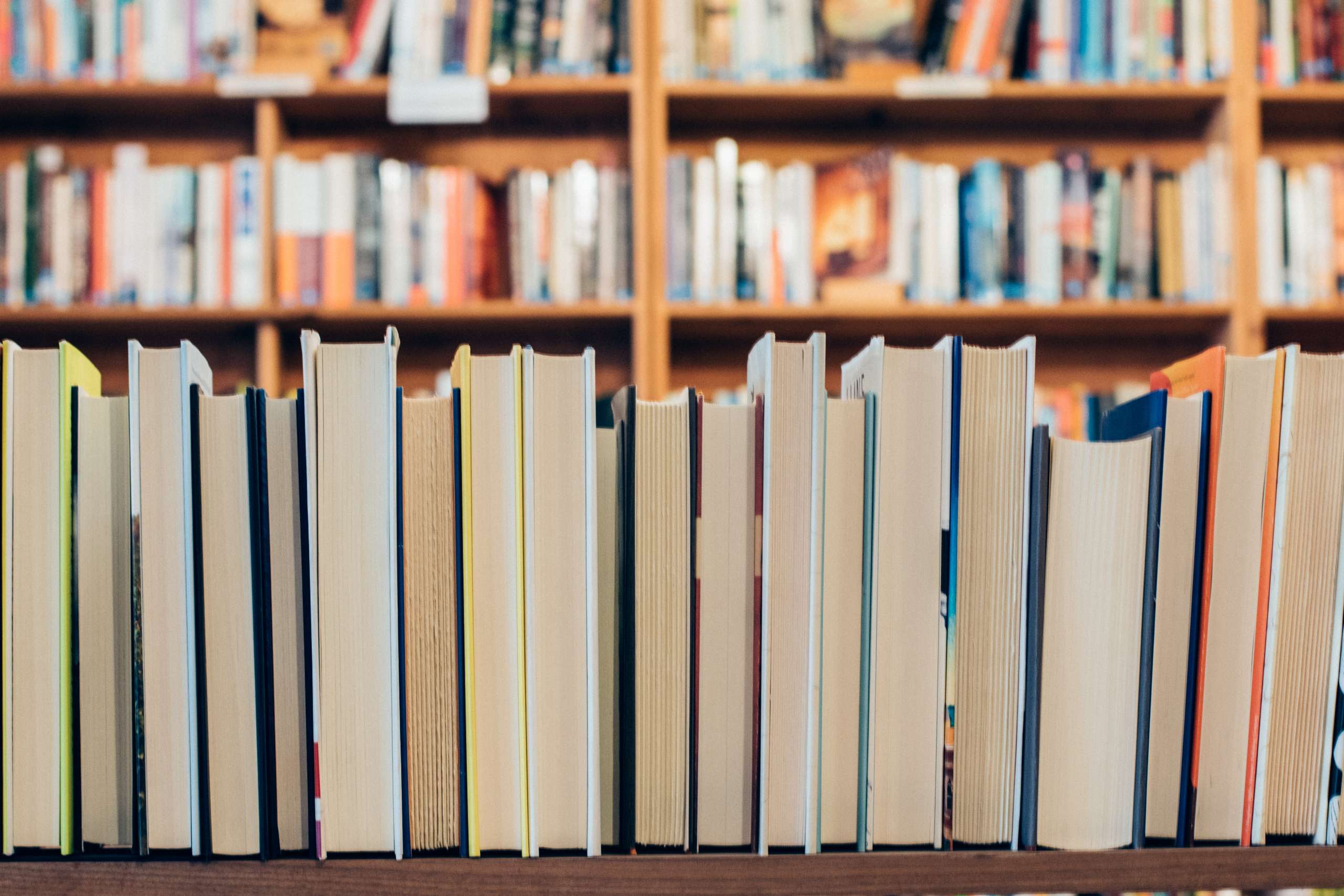