France is one of the countries with the greatest number of translations of Italian books. How would you say that, generally speaking, Italian books in translation are faring in France?

Generally speaking, I would say they are faring quite well. If we take a close look at the second half of the twentieth century, following the great opening of 1968, it is only at the beginning of the 1980s that there starts to be a real presence of Italian books, due in part to the appearance of many “small” publishing houses, which were far more open to what was happening in Italy than the “big” publishing houses, and in part to the arrival on the scene in Italy of new authors capable of transcending existing literary boundaries. I am thinking, in particular, of Ferdinando, the author of two or three authentic masterpieces, Antonio Tabucchi, Daniele Del Giudice and Claudio Magris, just to give you a few names – authors who were able to open up new directions in literary experimentation and research. Leonardo Sciascia is not part of this group, nor are Italo Calvino or Pasolini; as for Vincenzo Consolo, who followed the direction taken by Sciascia, almost all of his works were translated. There are very few important female writers. Elsa Morante was the most successful, but she was already known, and it was another couple of decades before key figures appeared. I have always complained about the lack of translations of the works of Francesco De Sanctis, who is no longer even studied at University. I think they should at least translate his works on Dante, Petrarch and Leopardi – even though he belongs to the nineteenth century. As for the twentieth century, I think it is amazing that Alberto Arbasino has not been translated. I think that publishers should at least have the courage to allow French readers to discover his final version of Fratelli d’Italia, as this is an important book, which, more than any other, has provided a striking depiction of an entire part of Italian culture. It is necessary to say something more: the literary world was enriched by new ways of writing that were borrowed from cinema, the visual arts and music – these are specific, very precise areas of knowledge that innervate an entire backdrop of culture and civilisation.

Does Italian literature from the last century, the Novecento, find its rightful place on the bookshelves of French bookshops?

Overall, I would say so. With the odd drought and occasional flood. Literary phenomena like the Gattopardo or The Name of the Rose are not something that can be planned – they just happen. Not that these two works can be put on the same level: one is a masterpiece of humanism, while the other is a throw of the dice just to see what happens. Moreover, it should not be forgotten that the distinctive feature of this period is really Italy’s great cinema, from Rossellini to Pasolini (1945-1990, more or less). Undoubtedly, the very distinctive taste of the followers of neorealist experimentation kept Italy at the margins of the literary changes and currents that were taking place elsewhere. After all, it is impossible not to take into account the universalist aspirations of this period and the consequent opening up to new worlds – the literature of Africa, China, Japan … and the constant presence of American literature. Italy preferred to embrace a specific genre: the Italian crime novel invaded the Italian literary scene, and the French one, too, with modest results, sometimes quite mediocre. And this led, over time, to a gradual shift of literature towards relatively uncertain forms, where circumstantial elements took up too much space: the very “form” of the author was modified. Nowadays, it is journalism that is trying to occupy the leading place in literary creation, and this is as evident in Italy as it is in France. I would add, in conclusion, that in France we lack a genuine array of authors of novellas. The novella is a genre in which Italians excel, in almost every period. If there is anything missing in France, I would say it is Italian-style novellas.

Which Italian authors are you currently working on as either a translator or essay writer?

I started translating in 1970, so I will only talk here about the last four/five years, which have been particularly busy years. After the new translation of the Gattopardo, I re-translated what I continue to call L’affreux pastis de la rue des Merles [Quer pasticciaccio brutto de via Merulana], which did not get, it appears to me, the recognition it deserved. That is probably due to an almost radical change in readers, who nowadays only for fun. An interest in any kind of meditation or reflection is very hazy and misplaced. Everyone thinks they want and are able to do “philosophy”. I have re-translated two of Pasolini’s novels, I ragazzi and Una vita violenta, and also three of his plays, and a lot more theatre, in particular Spiro Scimone and Lina Prosa, but also Goldoni and Pirandello. I managed to complete the translation of Roberto Calasso and also Dolores Prato’s masterpiece, Giù la piazza non c’è nessuno, which was finally published after more than twenty years of failed attempts. At the moment, I am re-translating Sandro Penna’s Un po’ di febbre. 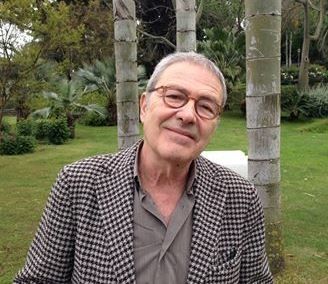