Interview with Laura Brignon, translator from Italian into French

Laura Brignon studied literature and foreign languages at university. For the last three years, she has devoted herself full-time to literary translation. She has translated around thirty books, mainly contemporary fiction.

It is now ten years since you began translating Italian books into French. How did you embark on activity? What were the decisive stages in your professional journey?

It all started from a love of reading, right from my childhood. Italian came into my life when I was a teenager, after a trip to Italy. I wanted to learn the language to better understand this country I had fallen in love with. In high school, I was lucky enough to have an extraordinary teacher.

At the time, I did not imagine that one could make a living from translations. I therefore took university courses in literature and languages at university, graduated in Italian, without having any specific professional plans, although I did happen to do some translations of Italian texts that had particularly impressed me. My desire to translate was consolidated in parallel with my discovery of new books – I remember particularly reading some 20th century classics such as Curzio Malaparte’s The Skin and Carlo Levi’s Christ Stopped at Eboli. After graduating, I realised that translation could be an “actual” profession. I then enrolled in a master’s degree, during which I translated my first book, a play: it gave me great satisfaction and a confirmation that this was my path. At the same time, I worked as an intern at Anacharsis Editions, an experience that proved very useful in understanding translation from the publisher’s point of view. After that, I took part in the ‘Fabrique des traducteurs’, a programme promoted by the ATLAS association and aimed at young translators: for two months, six novice translators, each in their own specialised language, worked on a translation project under the guidance of experienced translators. It was a key moment in my career, one in which I learnt to sharpen my vision and instincts as a translator, in a very stimulating working environment. The translation I made for the ‘Fabrique des traducteurs’, of unpublished texts by Malaparte, was immediately published by Arléa, and this was another major milestone. Afterwards, I wrote a thesis, although this was not part of my initial plans, but the subject fascinated me and I worked hard on it. The subject of my thesis was the autobiography of a Sicilian writer who was barely more than illiterate, Vincenzo Rabito. It’s a text of ‘primitive’ literature, written by ear, in a medley of Sicilian and Italian, where the oral dimension dominates: I wondered how such a text could be translated and this prompted a reflection on what translation is. Alongside these more theoretical reflections, I continued to translate books, on a more regular basis since 2015. After the thesis, I tried to make translation my main profession.

At each main milestone along my journey there are people (translators and publishers) to whom I owe a great deal, as they placed their trust in me when I was taking my first steps in this field.

Besides translating, do you also propose titles to publishers, as a ‘scout’?

Yes, this is a very important part of my work, because it forces me to keep up to date, to look with curiosity at what is happening in Italy, to examine the gaps of the major commercial networks, and it also allows me to suggest ‘repêchages’ of texts that have been forgotten or, incredibly, never translated. Above all, it allows me to give free rein to my sensitivity as a reader, a bit like a treasure hunt.

To date, the books I have offered and translated are unpublished classics (Malaparte for Arléa, Carlo Levi for Nous: a tribute to authors who marked my discovery of Italian literature) and contemporary authors (Claudio Morandini for Anacharsis, Alessandro Cinquegrani for Do). In addition, since 2020, I have been participating in a programme called ‘Levée d’encres’, also promoted by the ATLAS association, which aim is to encourage and promote certain aspects of the profession – research and proposing publications for translation – that are often under-recognised and very time-consuming.

In recent years, what trends and tendencies have you observed in the literature published in Italy ? and in the Italian literature bought in France?

Let me first make an observation: publishing exchanges between France and Italy are intense and this is a great opportunity for translators.

As for picking up trends, I have an inevitably partial point of view, as I am conditioned by my reading choices, which are certainly limited compared to the immense number of titles published. However, from what I can observe, at least for a part of today’s Italian literature there is a strong focus on local, very circumscribed and defined reality, often accompanied by the use of dialect, a real headache for the translator.

And, for a part of the titles bought in France, I see a tendency to remain anchored to a somewhat stereotyped image of Italy. I say a part’ because, in both cases there are texts that are decidedly more original and surprising in terms of content or formal choices

The most rewarding aspect is without a doubt the fact of inhabiting a thousand lives and voices that are not my own, of having the impression of benefiting, thanks to translation, from a sort of  expansion of my life experiences. On more basic terms, a rewarding aspect is being independent, being able to organise my time as I want.

The most difficult moments are when the text refuses to give in – when I fear I cannot find the most appropriate solution, when doubt becomes dizzying and paralysing, and I have the impression that my language cannot cope with the text to be translated.

Which books are you currently working on? Which author would you like to be able to translate?

My current projects are titles by authors I have already translated in the past (Claudio Morandini, Giulia Caminito). I am also working on the re-translation of several books by Mario Rigoni Stern: in short, I can’t complain.

An author I would like to translate: Vincenzo Rabito, a real challenge… 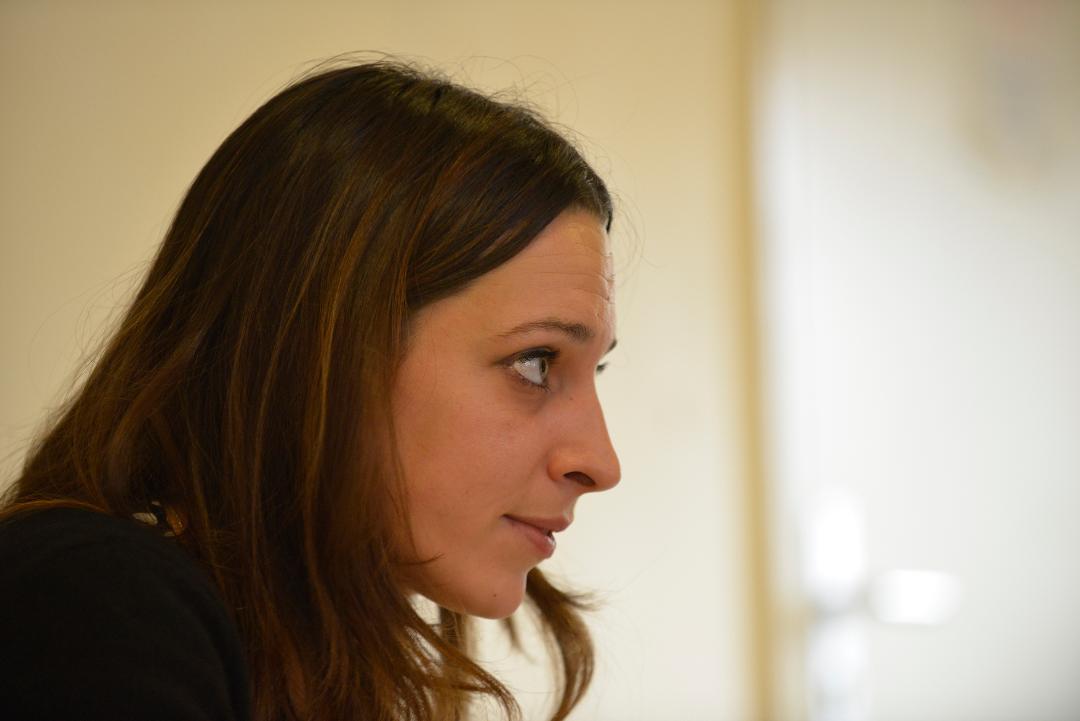