Could you briefly tell me about yourself?

I was born by Lake Orta, just like [writer and journalist] Gianni Rodari, and I live and work in Milan. I went to the University of Pavia at a time when studying narratology was all the rage (Maria Corti, Cesare Segre among others) and graduated in Foreign Languages and Literature, my thesis focusing on late 20th-century American dystopias. I subsequently worked as a freelance and in-house editor, mainly on literary – often genre – fiction, though always with a particular interest in innovative tendencies, especially in English. I also developed publishing projects in creative writing.

Piergiorgio, tell us how you became a literary agent.

While working in publishing, I grew increasingly convinced that the most effective way to represent and promote an author’s work through all its stages and provide the best opportunities for success was being a literary agent. So that’s what I decided to do professionally in 2000, and it’s a job I am as passionate about now as I was then. Piergiorgio Nicolazzini Literary Agency (PNLA) began with just a few clients and now represents over 100 Italian writers and as many foreign ones. We sell rights to the most prestigious Italian publishers and negotiate translation rights in over 40 countries throughout the world. Recently, we have successfully handled film and TV adaptations with Italian and foreign production companies.

What do you find most satisfying in your work?

Negotiating a good contract and finding the best possible publisher for a book – because that’s the fundamental first step towards guaranteeing the author the best possible opportunities for success, and one that allows us to “make a difference”, and is the principal motivation for my work, as the word “agent” clearly states.

And what can be challenging?

The mechanisms relating to the publication, communication and sale of a book are now increasingly more complicated, with many variables outside our control that can spell a different outcome from what we’d hoped, and this undoubtedly creates difficulties.

Have you noticed any changes in the field of translation of Italian books into other languages in the wake of the pandemic? I mean in terms of figures, as well as genres.

During the most critical phase of the pandemic, we experienced a drop in the number of books sold abroad, mainly for two reasons: it was hard to carry out exchanges and negotiations and there was a general sense of uncertainty among foreign publishing houses where books in translation were concerned. So there were fewer acquisitions and less willingness to evaluate and take risks. The worst is certainly over now and we are experiencing a renewed interest in very different genres, including more literary novels.

In your experience, to which countries do you find it easier/harder to sell translation rights to your authors? Do some genres sell better than others?

For reasons of affinity and proximity, France and Germany, followed by Spain and the Netherlands, are countries where publishers are most often interested, but every book has its own story and we must always devise clear and careful strategies. As a matter of fact, it so happened that a title was recently sold in Poland, Turkey and Brazil before anywhere else, which is encouraging. As far as genres are concerned, we’ve definitely been very lucky with thrillers: starting with Giorgio Faletti (Io uccido was an international success) and Luca D’Andrea, and more recently Oriana Ramunno’s Ashes in the Snow, published or soon to be published in many countries, including the US, the UK and Canada.

But literary titles have been equally fortunate. Among them Resto qui by Marco Balzano, sold in over 30 countries and an absolute bestseller in Germany for several months. Let’s also not forget L’arte della gioia by Goliarda Sapienza, now sold throughout the world.

We know that the anglophone world as a whole publishes a very small proportion of books in translation and that Italian books are a very small percentage of that. Why do you think that is?

The Anglophone world dominates in volume, as does the English language, which is spoken throughout the world. This fuels a practically self-sufficient market in which publishers have few incentives to invest in translations from other languages. Naturally, there have always been brave and enlightening exceptions, especially regarding more literary books, but I must say that nowadays there are many signs that suggest a reverse in this tendency, particularly among independent publishers, who are more sensitive to different cultures and so more willing to acquire international properties.

How do you think Anglophone publishers – British ones in particular – could be encouraged to translate more books from Italian? Are there any ways in which Italian publishers could help?

In the past few years, various institutions have been undoubtedly trying to facilitate the Italian book market abroad through the allocation of translation funds and grants. Recently, literary agencies have also been able to play an active part in these translation-supporting initiatives. From our experience, however, we know that the best way to negotiate rights is through direct contact with various British and other publishing realities. Our work therefore consists not only in finding new publishers, but also in detecting within publishing houses signs of new interest and cultivating interlocutors who are more open and sensitive, in order to provide them with tailored, pertinent proposals. An excellent test bed will be the 2024 Frankfurt Book Fair, at which Italy is going to be guest of honour. If the Italian publishing industry harnesses all its resources in synergy with literary agencies – which are always on the front line – it will certainly be a success.

Finally, do you have any forecast regarding the translation market?

I am extremely confident, there is once again growing interest on many fronts, from literary fiction to genre fiction and memoir, from non-fiction and miscellaneous to young adult books. After a few tentative restarts over the past few months, we finally felt a strong enthusiasm during the last Frankfurt Book Fair. Despite the difficulties, everybody was eager to sit at a table and talk about books. In my case, I was delighted to walk up and down the exhibitors’ pavilions once again and see all the latest books for myself, which hadn’t happened for a long time. This can only be an excellent sign for the future. 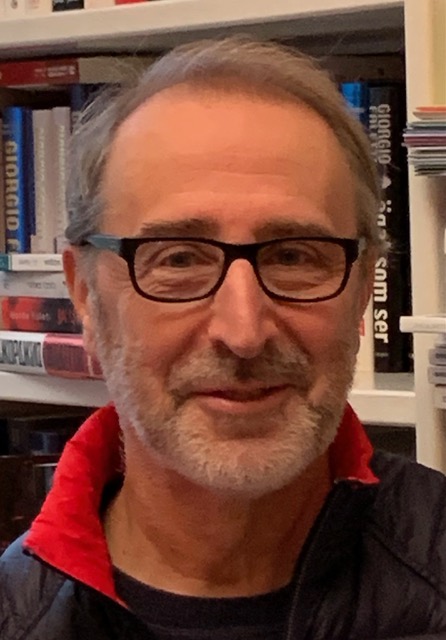