The website is under construction. We apologize for any inconvenience.
Home / Books/ Non-fiction/ Io, trafficante di virus (I, virus trader)
BooksNon-fiction 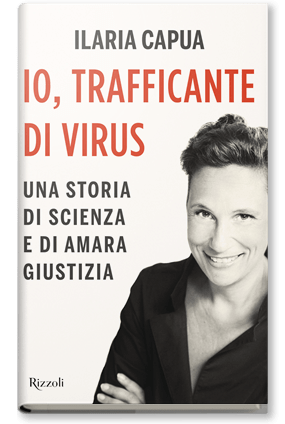 The story of an internationally renowned scientist and an absurd case of poor justice.

First the accusation of trafficking viruses, then an ignominious press campaign. Twelve years later the acquittal.

“I felt the moment had come to go back and use my time in a better way, to go back to the scientific world”. With these words, world famous virologist Ilaria Capua explained her decision to resign from her parliamentary job to manage a research centre of excellence at Florida University. It was a difficult choice that was made to protect her family and her work from the ignominious accusation of virus trafficking which was eventually resolved with an acquittal after not one magistrate had bothered to listen to her.

Today, Ilaria Capua tells her version of the facts; a bitter analysis which also covers Italy, a country that doesn’t have the courage to protect its scientific talents.

Her supporters from the very beginning include: Gian Antonio Stella and Paolo Mieli from Corriere della Sera and Carlo Bonini from Repubblica.

Well recognized for her expertize on viruses, nowadays Ilaria Capua  is often consulted by the media for her opinion on current COVID19 emergency.

A documentary film adapted from this book was also made and presented to Roma Film Festival 2018.