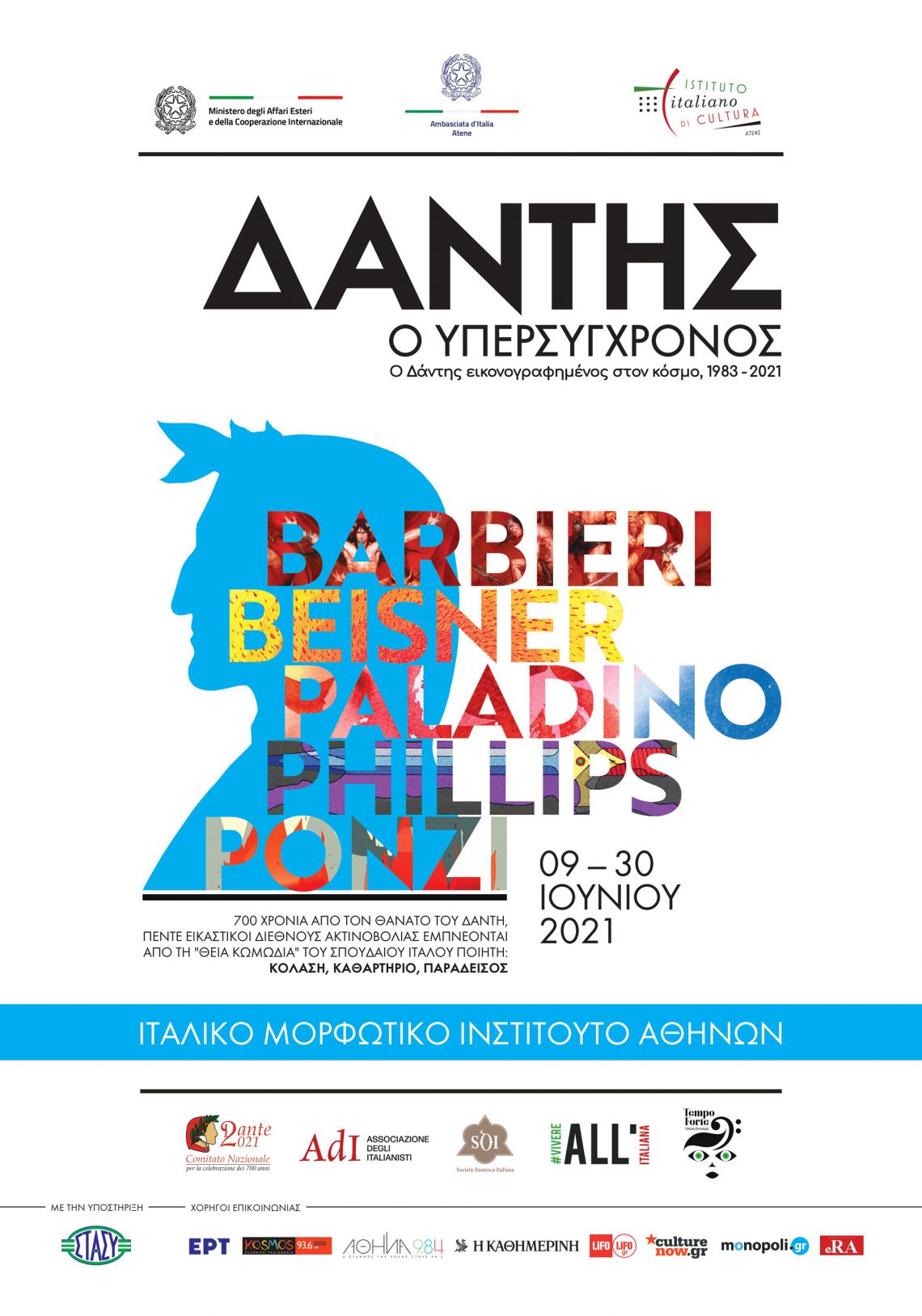 In terms of literature, Italy has always been an important presence in the Greek world. The works of great authors from the past (Dante, Boccaccio, Petrarca, Goldoni etc) were repeatedly translated and continue to be the subject of interest of many contemporary Greek translators. There are numerous translations of the Divina Commedia, some of them important ones (such as the 1932 translation by the famous Greek writer Nikos Kazantzakis). Greek readers have also been able to appreciate in translation the works of authors from the nineteenth and twentieth centuries, such as Pirandello, Svevo, Manzoni, Levi, Pavese, Montale, Eco, Moravia, Calvino, Buzzati, Pasolini and Rodari.

With the appearance over the last few years of writers of undisputed international fame (Baricco, Tabucchi, Camilleri, De Luca, Piperno and Ferrante, to name just a few), the presence of Italian books has grown considerably in Greece. Many Greek publishers have actively contributed towards the dissemination of Italian books in Greece and continue to do so. They include, to give just a few of the many names: Patakis [Πατάκης], Kastaniotis [Καστανιώτης], Agra [Άγρα], Kelefthos [Κέλευθος], Metaixmio [Μεταίχμιο], Psichogios [Ψυχογιός], Ikaros [Ίκαρος] and Hellinika Grammata [Ελληνικά Γράμματα]). Many Greek translators have attached a considerable part of their careers to specific Italian writers, such as Efi Callifatidi with Umberto Eco; Anteo Crisostomidis with Antonio Tabucchi and Italo Calvino; Anna Papastavrou with Erri De Luca and Alessandro Baricco; Aby Raikou with Valerio Massimo Manfredi; and Fotini Zervou with Andrea Camilleri. Although there are no Greek publishers that publish exclusively Italian works in translation and despite the fact that the publishing sector is currently going through a difficult period, the presence of Italian books in Greece continues to grow.

Many books are translated into Greek because they have been awarded literary prizes in Italy, above all the Strega Prize, which has often determined the success of books by not only well-known Italian authors, but also lesser-known ones. A few recent examples are Inseparabili by Alessandro Piperno, La ferocia by Nicola Lagioia, Le otto montagne by Paolo Cognetti, La solitudine dei numeri primi by Paolo Giordano, Come Dio comanda by Niccolò Ammaniti, Buio by Dacia Maraini, Non ti muovere by Margaret Mazzantini and Via Gemito by Domenico Starnone. It is impossible, however, to provide any kind of list of Italian books that have been translated into Greek as it would be either too long or full of omissions.

The dissemination of Italian culture in Greece in more recent times has been helped by the presence of various institutions, such as the Italian School of Archaeology at Athens (opened in 1909), the Scuola Statale Italiana international school (in Athens since 1956), the European Translation Centre (EKEMEL, opened more than ten years ago), the Dante Alighieri Committee and, obviously, the Italian Cultural Institute in Athens. The Cultural Institute, for example, has introduced various prizes for the translation of prose, poetry and drama to promote the translation of Italian books into Greek.

Finally, as regards drama, the translation into Greek of Italian works in this genre has undoubtedly been helped by the success of Italian playwrights, from classical authors, such as Goldoni, to contemporary authors, such as Luigi Pirandello and Dario Fo, whose works have frequently been translated and performed in Greek theatres.