There are numerous historical and cultural ties linking Montenegro and Italy. These ties originate from various periods of the history of Montenegro. A few facts can help to highlight the diversity of these ties. For four centuries a considerable part of the Montenegrin coastline was controlled by the Republic of Venice (La Serenissima), which resulted in Italian being the official language of the administration until 1918; the Montenegrin Princess Jelena Petrović married Vittorio Emanuele III of Savoia towards the end of the nineteenth century; and then there was the Italian presence in Montenegro during the Second World War. These historical events have also left their traces in the cultural life of Montenegro, which helps explain the publication of a large number of Italian texts translated into Montenegrin.

Montenegro had one of the first state printing houses in Europe, with the printing press brought from Venice in 1493, and printed the first books in Cyrillic in the Balkans. Nevertheless, the endless wars prevented this small state from being able to develop many aspects of its social and cultural life, including the publishing sector and, above all, literary translation. The printing house, for example, was destroyed in 1692 by the Venetians themselves, who, retreating in the face of the Ottoman invasion, set fire to and destroyed the Monastery of Cetinje, where the printing press was housed. A new printing house was not created until 1834, thanks to the Prince Bishop, and great Montenegrin poet, Petar II Petrović Njegoš. The following year, the publishing house was already printing its first literary works, as well as Montenegrin literary journals, which also included presentations and translations of the works of Italian writers.

The presence of Italian literature in Montenegro from 1834 to 1918 (the year in which Montenegro lost its sovereignty after it was annexed by Serbia and became part of the Kingdom of Serbs, Croats and Slovenes and then Yugoslavia) was the topic of detailed research carried out by Vesna Kilibarda, Professor of literature and Italian studies at the University of Montenegro. This research revealed that during this period Italian literature ranked second behind Russian literature as regards the presence of all foreign literature in Montenegro. Indeed, around fifty Italian writers were presented to Montenegrin readers during this period. There were publications of the translations of works by authors such as Leopardi, Carrer, Guerrini, Bracciolini, Grazia Pierantonini Mancini, Matilde Serao, Castelvecchio, Emma Borgen Conigliani, Venosta, D’Annunzio, Fucini, De Amicis, Carducci, Foscolo and Ada Negri. Among the translators and promoters of Italian literature in Montenegro, one name that stands out is L. Tomanović, followed in importance by Ž. Dragović, S. V. Vrčević (the first Montenegrin Dante expert), F. J. Kovačević and N. S. Crnogorčević.

Examining the subsequent periods of publication of Italian texts in Montenegro, using existing research and research carried out by the Montenegro library database, it has been possible to identify three main categories of texts belonging to three different genres:

The last two mentioned groups of texts represent an important corpus of the translations and are not just tangible evidence of the historical ties between Montenegro and Italy, but are also a source for historical research dealing with various periods in the history of Montenegro. These works have been published by the publishing houses CID, Matica Crnogorska and OKF.

It is possible to note an increase in the translation and publication of Italian works around the beginning of the 2000s, a period in which the country was getting ready to reacquire its independence, which occurred in 2006. This is the starting point for an overview of the translations from Italian published in Montenegro that will now be presented.

In the case of unabridged literary translations into Montenegrin, it is important to point out that the Montenegrin publishing houses usually acquire the rights for their publication together with their translations into Serbian (more rarely Croatian). This is due, among other things, to the fact that the Montenegrin market is very small and also that Serbian, Croatian, Bosnian and Montenegrin are so similar that the speakers of these languages are able to understand one another without almost any difficulty. As a result, the list of literary publications presented in this article should be understood as a list of Italian authors whose works have been published by Montenegrin publishing houses during the last two decades. Montenegrin readers also have access, however, to a large number of translations published by Serbian and Croatian publishing houses, including both classics and contemporary Italian writers. One need merely look at the books available in Montenegrin bookshops and the Montenegrin library collection, which during the period examined had more than 2000 Italian works.

The names that stand out among the most widely read Italian authors during the last two decades include: U. Eco, A. Baricco, S. Tamaro, C. Magris, S. Benni, N. Ammaniti, R. Saviano, F. Moccia, E. Ferrante… Some of these authors, such as Magris, Benni, Moccia and Francesca Melandri, have also been guests at the various editions of the Montenegro book fair and other events.

It should also be mentioned that certain works by Italian writers are compulsory reading in the Montenegro school curriculum – while students at primary school read Pinocchio (C. Collodi) and L’isola di Arturo (E. Morante), Montenegrin high school students study poems by Petrarch, a selection of Cantos from Dante’s Inferno and tales from Boccaccio’s Decameron.

The Montenegrin translators of literary texts include V. Kilibarda, R. Lainović, U. Zeković, I. Mrvaljević, K. Popović, A. Mijušković, while specialist writings, travel literature, first-hand accounts and historical documents have mainly been translated by M. Niković, V. Andrejević and D. Mraović, as well as members of the Department of Italian Studies at the University of Montenegro: V. Kilibarda, D. Piletić, R. Lazarević, O. Popović, G. Luburić and C. Brajičić. 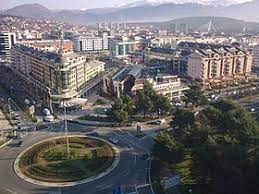