The website is under construction. We apologize for any inconvenience.
Home / Insights/ Surveys/ Italian Books in Poland
InsightsSurveys 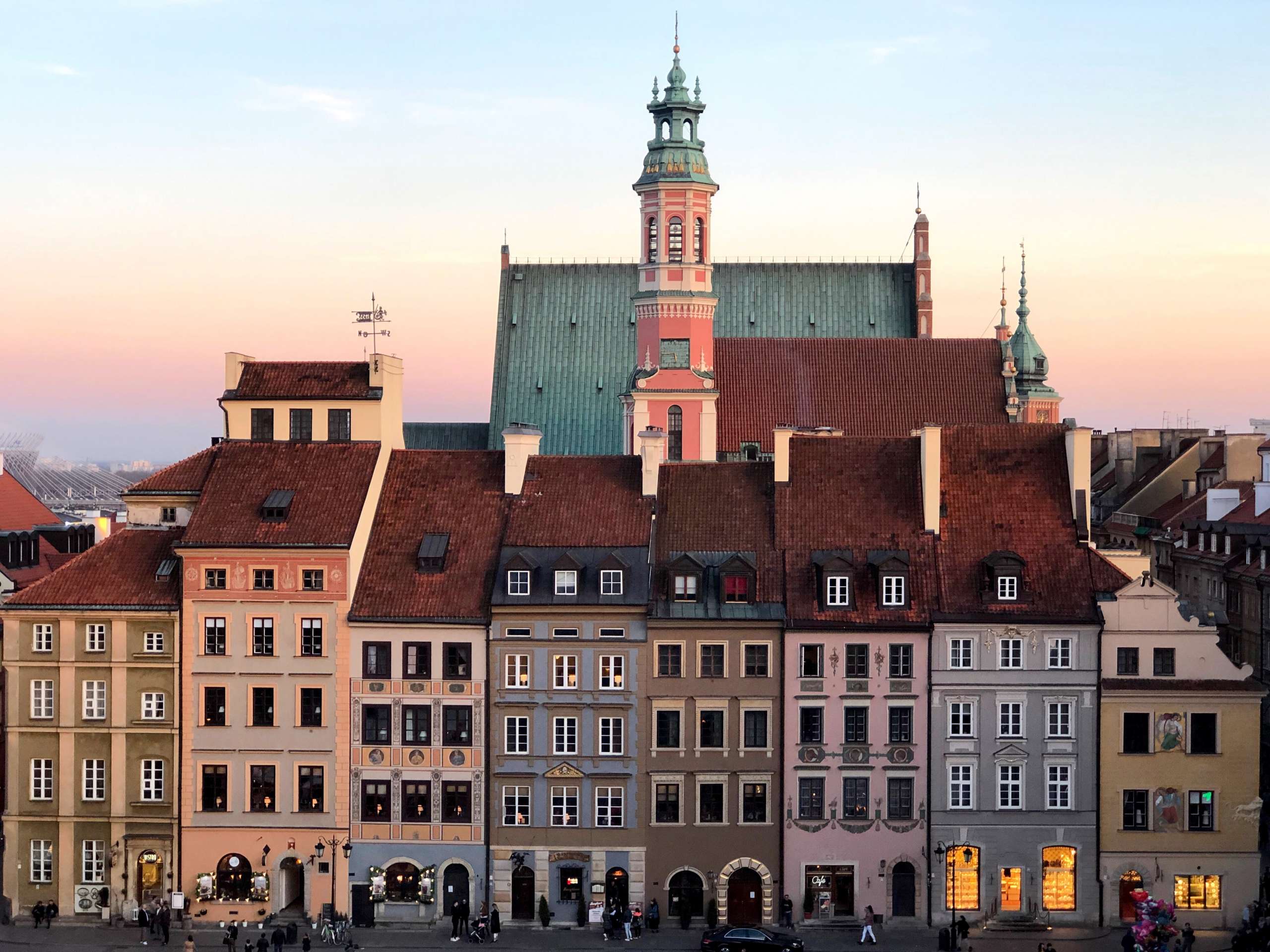 There is a long history of the presence of Italian literature in Poland, dating back to the Renaissance, a history that has been documented in the two-volume bibliography of works that have been translated into Polish in the three literary genres of fiction, poetry and drama. The bibliography, which was edited by Jadwiga Miszalska, Monika Gurgul, Monika Surma-Gawłowska and Monika Woźniak, members of the Department of Italian Philology at the Jagiellonian University in Kraków, covers the period from the seventeenth century till 2011.

After the Second World War the most successful Italian authors in the Polish book market were, primarily, Alberto Moravia, Alba de Céspedes, Carlo Cassola, Mario Soldati, Leonardo Sciascia, Guido Piovene, Dino Buzzati, Elio Vittorini, Vasco Pratolini, Cesare Pavese, Tomasi di Lampedusa, Curzio Malaparte, Carlo Emilio Gadda and Italo Calvino. Italo Calvino is the only writer whose works have been published in Poland uninterruptedly since the 1950s and November will see the publication of his nineteenth work: Perchè leggere i classici (Why Read the Classics?). The undisputed champion, however, is Umberto Eco, thirty-five of whose books have been translated into Polish. His works, even those intended for a more specialist audience, immediately sell out in bookshops, which is why people speak of an authentic “Ecomania” in Poland. Andrea Camilleri, with around thirty books translated, has also enjoyed great success. Of the many other Italian authors who have been translated into Polish during the last thirty years, deserving of at least a mention are Claudio Magris (almost his entire opus has been translated), Antonio Tabucchi, Alessandro Baricco, Niccolò Ammaniti, Dacia Maraini, Roberto Saviano, Elena Ferrante, Erri De Luca and Tiziano Terzani. Authors who have fared less well, on the other hand, despite their importance, include Gesualdo Bufalino. He finds himself in excellent company, though, together with Vincenzo Consolo, Anna Maria Ortese, Lalla Romano, Sebastiano Vassalli, Giorgio Manganelli, Alberto Savinio, Sebastiano Vassalli, Goffredo Parise and Michele Mari. All these writers have, nevertheless, been written about in the literary magazine, Literatura na Świecie (Literature in the World), founded in 1971. The magazine, originally monthly but now bimonthly (and, since 1993, in a larger format), is devoted entirely to foreign literature. Almost every issue (around 400 pages) is dedicated to a single author or literary current or context. The excerpts translated (which can sometimes be quite long) are usually accompanied by critical reviews written by both Polish and foreign critics. Many of these presentations have helped persuade publishing houses to publish the entire work. This has happened, for example, in the cases of Savinio, Manganelli, Landolfi, Ginzburg, Bassani and Gadda’s Pasticciaccio (That Awful Mess on Via Merulana). Bufalino, Consolo, Ortese, Morazzoni, Vassalli, Parise and Mari are still stuck in the “waiting-room”, as is Elsa Morante’s La Storia (History: A Novel), just one chapter of which appeared in translation in an issue of Literatura na Świecie during the 1970s.

While there are no publishing houses specialising in Italian literature in Poland, three of the leading, well-established publishing houses – Państwowy Instytut Wydawniczy (PIW), Czytelnik and Wydawnictwo Literackie (WL) – have made an important contribution. Among the hundreds of publishers that have come into being since the fall of communism in 1989, the most active in terms of Italian literature are: Noir sur Blanc (Camilleri, Eco and Jaeggy), W.A.B. (Eco, Calvino and Moravia), Muza (Calvino and Ammaniti), Austeria (Ginzburg and poets), Sonia Draga (Ferrante and Saviano), Zeszyty Literackie (Bassani) and Czuły Barbarzyńca (Lampedusa, Calvino, Savinio and Buzzati).
As for Italian poetry, a number of books have been published during the last thirty years, including an anthology of thirteenth-century poets translated by Monika Woźniak, Petrarca’s sonnets by Monika Kuciak, and an anthology of twentieth-century poets by Jarosław Mikołajewski, who has also translated selected poems of Leopardi, Montale, Ungaretti, Luzi, Penna, Pavese, Pasolini, Merini and Levi for the publishers Austeria.
Theatrical works translated into Polish include works by Dario Fo, Eduardo De Filippo, Stefano Benni, Roberto Lerici, Ugo Betti, Barbara Nativi and Furio Bordon. All these works have been published by the magazine Dialog.
Very few of the great classics of Italian literature, such as Manzoni’s I promessi sposi (The Betrothed), the works of Giovanni Verga, Mario Soldati and Leonardo Sciascia, unknown to younger generations, have been retranslated. The same cannot be said of Collodi’s Pinocchio, which has amazingly been translated ten times.

The translation of Italian literature into Polish has obviously had many faces. The period 1950-1980 was dominated by two great translators: Barbara Sieroszewska (Manzoni, Calvino, Moravia and Bellonci) and Zofia Ernstowa (Moravia, Morante, Pavese and Lampedusa). Other translators no longer with us include Adam Szymanowski (Eco), Stanisław Kasprzysiak (Leopardi, Calasso and Savinio) and Eugeniusz Kabatc, who translated together with his wife Krystyna (Sciascia, Fallaci, Bonaviri and Collodi). Among the thirty or so of today’s translators from three different generations mention must be made of Halina Kralowa (Gadda, Sciascia, Manganelli and Baricco), Joanna Ugniewska (Magris, Tabucchi, Citati and Eco), Alina Kreisberg (Calvino, Chiaromonte and Eco), Krzysztof Żaboklicki (Eco and Camilleri), Piotr Salwa (Eco and B. Craveri), Anna Wasilewska (Calvino, Gadda, Landolfi and Eco), Magdalena Tulli (Calvino and Jaeggy), Monika Woźniak (Camilleri, Fallaci and Eco), Alina Pawłowska-Zampino (Ginzburg, Saviano and Ferrante), Anna Osmólska-Mętrak (Eco, Terzani and Fellini), the already-mentioned Jarosław Mikołajewski, Katarzyna Skórska (Calvino, Buzzati and Mari) and Lucyna Rodziewicz-Doktór (Ferrante and Baricco). The authors mentioned in brackets are just some of the authors these translators have translated. It should also be pointed out that very often it is the translators themselves who suggest to the publishers which authors should be translated.
This very brief introduction on the presence of Italian literature in Poland would not be complete without a mention of the critical works written by Polish scholars since 1989. These include a history of Italian literature in two volumes by Żaboklicki, Salwa, Ugniewska and Kralowa; a history of Italian literature in the twentieth century by Ugniewska, Kralowa and Szymanowska, which also contains a bibliography by Irena Bednarz; a study by Barbara Kornacka of the University of Poznań on the phenomenon of “young writers” in Italian fiction at the end of the twentieth century; and the studies of Hanna Serkowska, head of the Department of Italian Studies at the University of Warsaw, which include Dopo il romanzo storico: la storia nella letteratura italiana del ’900 and Uscire da una camera delle favole: i romanzi di Elsa Morante. Hanna Serkowska has also edited volumes of collected essays on contemporary writers, such as Tra storia e immaginazione: gli scrittori ebrei di lingua italiana si raccontano.
This list of translators, authors, translations and critical works is intended to be just a brief introduction to a topic that is, obviously, far too broad to be dealt with in such a brief presentation.