from the web portal ITALIANA

LITaly: New Italian Writing in Translation is a project organised by the  Italian Cultural Institute of San Francisco to promote the translation of new Italian authors in the United States.  An anthology of nine writers (Andrea Esposito, Ilaria Gaspari, Francesco Longo, Eleonora Marangoni, Paolo Pecere, Andrea Pomella, Remo Rapino, Vanessa Roghi, Matteo Trevisani), selected by Marco Cassini, editor, founder of Minimum Fax and then of Sur Edizioni. The anthology consists of excerpts from the novels of the 9 authors, translated into English for the first time by Olivia Sears and Anne Milano Appel, and is accompanied by illustrations specially created for the project by the Roman graphic designers RAMI and Meneghello. On 10 October, in anticipation of the XXI Week of the Italian Language in the World 2021, the anthology was presented during the Litquake Literary Festival in San Francisco, of which the Institute is a partner.

We discussed this with Annamaria Di Giorgio, Director of the Italian Cultural Institute of San Francisco, and editor Marco Cassini.

How did the LITaly project come about, what is its scope and what are its goals?
Annamaria Di Giorgio:

Since my arrival in San Francisco, I had imagined launching a series of translations of Italian authors or texts not yet translated into English, along the lines of things other colleagues have done in the past. I also wanted to include authors of graphic novels and poetry, sectors in which, in my opinion, Italy boasts extraordinary talent that should be made known. Then, in order to make the work more straightforward and accessible, I decided to start with fiction and then launch the other volumes in the years to come. I met Marco Cassini in San Francisco during the celebrations for Lawrence Ferlinghetti’s 100th anniversary at City Lights. We started developing the idea and thus we came up with LITaly, with great hopes of success… The goal, of course, is to promote awareness of Italian books and authors in the United States, to initiate or facilitate relationships between publishing houses, and to ignite a spark that could lead to future collaborations.

How is contemporary Italian literature received in the United States and especially on the West Coast, from the Institute’s perspective?

The so-called ‘Ferrante effect’ has led to a renewed interest in Italian literature in the United States. Many authors are being translated including, for example, Natalia Ginzburg, Elsa Morante, Igiaba Scego, Francesca Melandri… Some famous and influential writers, such as the Pulitzer Prize winner Andrew Sean Greer and Chang Rae Lee live near San Francisco and have very close relations with Italy. Other Italian writers live in the United States permanently or temporarily, such as Andrea Bajani, Vanessa Roghi, Michele Masneri or Lorenza Pieri, to name but a few). I think it is important to take advantage this historical moment of exchange and unrest. On the West Coast, there are fewer publishers that publish Italian authors than on the East Coast, so there is room for improvement. Geographically, the jurisdiction of the Italian Cultural Institute of San Francisco extends to large and densely populated cities, where the interest in literature – especially independent literature – is very strong, such as Portland and Seattle, but also Salt Lake City and Hawaii; it is in these territories that it would be interesting to expand our promotion.

What measures could be usefully adopted, beyond those that are already in place, to encourage the translation of our literature abroad and to promote Italian books in the world in general?

Undoubtedly, the fund of €400,000 recently set up by the Ministry of Foreign Affairs and International Cooperation specifically for the translation of Italian works to be published in other countries is already a significant response. Individual and spontaneous initiatives such as the collaboration undertaken by the Institute with a festival of excellent visibility and quality such as LitQuake should also be welcomed, and indeed encouraged and supported. If each Institute were able to build a bridge with one or more literary festivals in its area, the generally attentive and curious audiences at these events would be guided towards new Italian voices. Personally, I would add the proposal to create – now that we have been forced to realize that it is possible to do these things not only live but also through digital platforms – an international event, a sort of annual show case of Italian literature that, with the support and communication of the Institutes around the world, presents our authors to an international audience.

What do Italian and especially American readers look for in classic and contemporary Italian literature?

Often, our impression of the audience falls below their actual potential tastes and interests. This applies to all kinds of cultural activities: exhibitions, teaching, literature, non-fiction, theatre, and so on. A prime example is certain television productions that feature stereotypical situations, characters and dialogue because they assume that this is what the audience wants. But when you raise the bar and offer a superior cultural product, you are often rewarded. I’m afraid something similar has happened in publishing: in the last few decades, books on Italian cuisine or fashion have seemed easier to export, while literary fiction was left behind – until a recent boom of renewed interest. Personally, I have always been confident that the public deserves the effort put into maintaining a higher standard by those who propose culture (books, in my case). The result may be less immediate, but it is possible to find a readership for the singular, new, original, and disorienting in our literature. There’s nothing stereotypical or ‘easy’ about the proposal we’ve put together at LITaly. But we have faith: books can wait.

Annamaria Di Giorgio was born in Pescara in 1981. A graduate in Oriental Languages with specialization in archaeology and art at Sapienza University of Rome, she then obtained her Master’s from the Italian School for International Organization and the Eurosapienza Masters in International Relations. She has been working at the Ministry of Foreign Affairs in the field of cultural promotion since 2007. She held the position of deputy director of the Italian Cultural Institute in Berlin and then became Director of the Italian Cultural Institute in San Francisco.

Marco Cassini, after founding the publishing company minimum fax in 1994, created another publisher, SUR, of which he is director. He is the author of a study on Raymond Carver, Carver (1997), Beats & Bites (1996, a collection of interviews and essays on the Beat Generation) and has edited, together with Martina Testa, an anthology of American authors entitled Burned Children of America (2001), published in English with a preface by Zadie Smith from Penguin and subsequently translated into over ten languages. He was the first publisher to have McSweeney’s and David Foster Wallace’s works translated into Italian. His book Refusi. Diario di un editore incorreggibile (Typos: Diary of an Incorrigible Editor) was released for Laterza in 2008 and was translated in 2011 in Spain by Trama Editorial in the Tipos Móviles collection. He has been director of the Scuola del Libro (School of the Book) since 1992, a non-profit organization that offers classes in editing, writing and translation. Since 2013, he has organized the Ivrea literary festival La Grande Invasion with Gianmario Pilo. 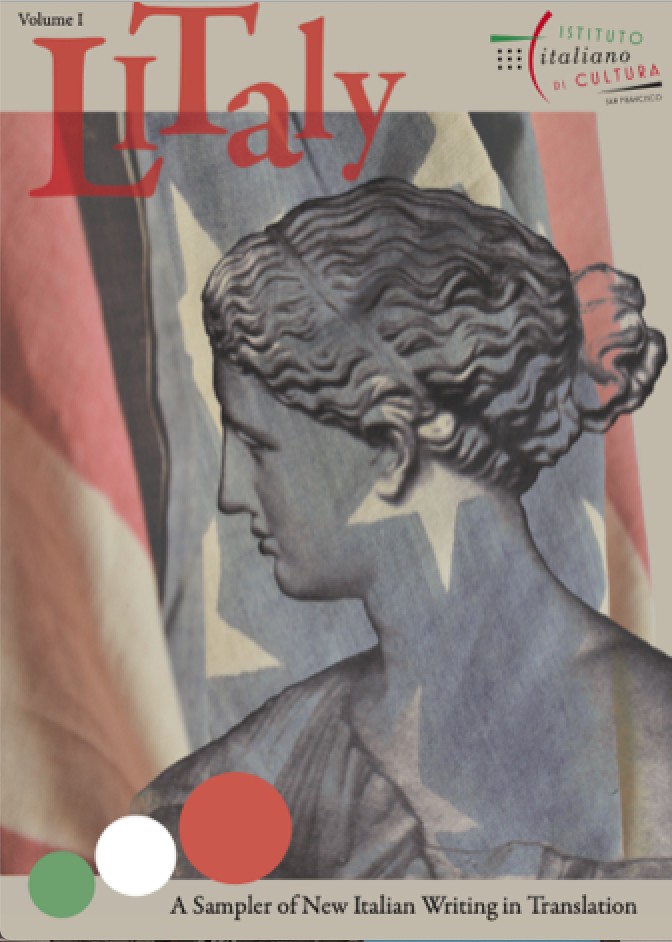