After the successful Booktoscreen video series, dedicated to adaptations from bestsellers to TV series, a new project unites the Farnesina, and its cultural network, with the Turin International Book Fair: it is Nuove voci: dentro & fuori, a format that combines young names in contemporary Italian literature with the venues of the Italian Cultural Institutes around the world, involving independent bookshops and symbolic places of the local literary scene and making authors dialogue with young digital literary influencers. In a second phase of the project, the events will be broadcast deferred, creating a real online literature mini-festival, on the SalTo+ platform.

Nuove voci kicks off on the occasion of the XXII Settimana della Lingua Italiana nel mondo (17-23 October 2022), dedicated to “L’italiano e i giovani” (Italian language and young people), and includes, in this first phase, three stages in Europe:

On 19 October, Irene Graziosi will be a guest at the Italian Cultural Institute in Vienna, and will be in dialogue from her novel Il profilo dell’altra (E/O) with Jaqueline Scheiber (Minusgold). Viennese, writer and ‘content creator’ Jaqueline Screiber writes posts on writing and fashion. Silvia Chiarini, head of the Italian section of the Hartliebs Bücher bookshop, will moderate;

on 27 October Lorenza Pieri will be a guest of the Italian Cultural Institute in Edinburgh, where, in conversation with the multilingual scholar and writer Esa Aldegheri, she will talk about her novel Il giardino dei mostri (E/O).

On 21 November, Vincenzo Latronico will be the guest of the Italian Cultural Institute in Oslo, in collaboration with the University of the Norwegian capital, and around his novel Le perfezioni (Bompiani) he will meet Italian students and the public in conversation with Astrid Nordang, writer and translator from German and Italian, who won the Kritikerprisen (Critics’ Prize) 2021 for her translation of Natalia Ginzburg’s Family Sayings.

Irene Graziosi writes for various magazines and video series. With Sofia Viscardi she founded the project Venti. Il profilo dell’altra, recently in bookshops for the Roman publishing house E/O, is her first novel.

Vincenzo Latronico is the author of several novels, winner of the Giuseppe Berto Opera Prima Prize with Ginnastica e rivoluzione, the Bergamo Prize and the Naples Prize with La Cospirazione delle colombe. He also works as a translator and lecturer at the Holden School in Turin. Le perfezioni (Bompiani) is his latest novel.

Lorenza Pieri is a writer, journalist and translator. Tuscan, she lived in Paris, Turin and Rome, working for fifteen years in publishing, and then settled in Washington DC for eight years. Her first novel is Isole minori (E/O Editions, 2016). 2019 saw the release of The Garden of Monsters (E/O), nominated for the Strega Prize. The release of her latest novel, Erosione (E/O, 2022) coincides with his return to Italy. 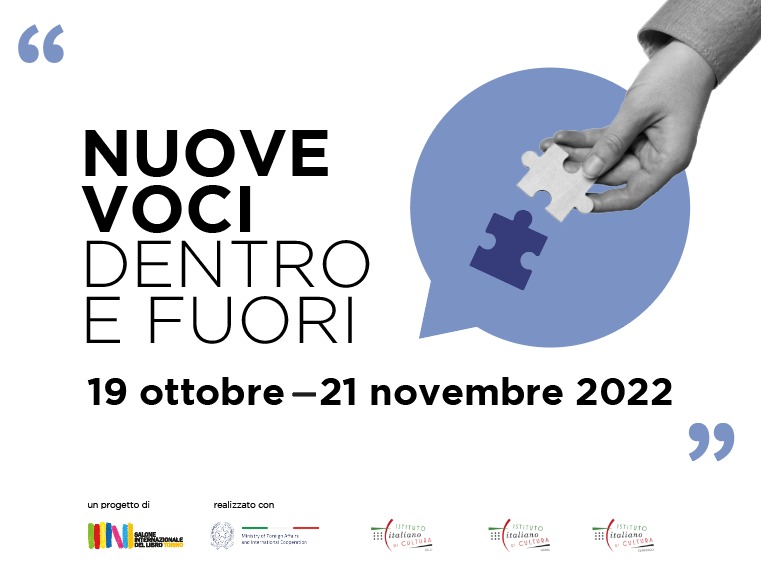