The website is under construction. We apologize for any inconvenience.
Home / Insights/ Surveys/ Technique and melancholy. Vasco Graça Moura, translator of Dante
InsightsSurveys 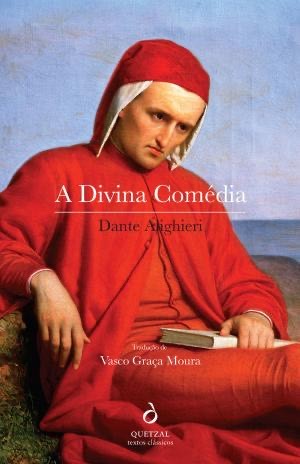 Anyone looking backwards on the eve of the third millennium would have ended up thinking that, in Portugal, humanists, poets and academics were not at all interested in Dante Alighieri. The few translations that existed of the Commedia were not very good, except perhaps the one produced by three well-known poets – Fernanda Botelho, Sophia de Mello Breyner Andresen and Armindo Rodrigues – in the mid-1970s. This deficiency mirrored the difficulties Dante’s works had in entering Portuguese culture – the exact opposite of Petrarch, who has been popular in Portugal since the fifteenth century. It often happens, however, that the masterpieces of world literature, before they become known in translation, have to wait for what the Greeks called kairòs, namely “the right moment”, resulting from the simultaneous occurrence of a number of favourable variables determined by a god of that name. In the case of the Commedia, what was, first of all necessary, was that whoever wanted to embark upon the task of translating this work into Portuguese had that special musical sensitivity, combining rhythm, phonetics and semantics, something that is, without a doubt, to be found above all in poets. It would, nevertheless, have to be a poet of great culture, able to understand the difficult weave of Dante’s poem, imbued with numerous references to the most diverse fields of human knowledge, causing panic among young students who step for the first time into the Dark Wood. The poem is also daunting, however, even for experienced Dante scholars, who inevitably find themselves grinding to a halt before some equally obscure passage. Moreover, for kairòs to be bestowed, the poet had to know many languages and be more than just a proficient translator to be able to complete such an arduous task. The Bertrand edition of 1995 of the three cantiche in an elegant bilingual volume is the proof that that “opportune moment” had arrived with the translation into Portuguese of Dante’s great poem by Vasco Graça Moura (1942-2014).

Vasco Graça Moura [VGM] was a poet, novelist, essayist and translator, but also a jurist and a politician, an activity he engaged in with the same passion and scrupulousness throughout his life. He is universally acknowledged to be one of the most important Portuguese poets of the twentieth century. His development as a poet was unique, starting out from neo-surrealist positions before eventually achieving his own poetic language, imbued with the classical metrical and stylistic forms of which he was both exegete and expert, an authentic Renaissance-style homo europaeus. Among his most important critical works, mention must be made of the studies he wrote on Luís Vaz de Camões [Luís de Camões: Alguns Desafios (1980); Camões e a Divina Proporção (1985) Os Penhascos e a Serpente (1987)], which were full of new, important insights into the work of the most important Portuguese author of the sixteenth century. VGM translated the entire corpus of Shakespeare’s sonnets, Rilke’s Duineser Elegien and Sonette an Orpheus, Molière, Racine, Corneille and François Villon, and Garcia Lorca, not forgetting Dante’s La Vita Nuova, published in the same year as the Commedia, and then also Petrarch’s Trionfi and Rime. For his translations of Dante, he was awarded the Prémio Pessoa (the most important cultural award in Portugal) in 1995 and the Municipality of Florence’s Medaglia d’Oro in 1998.

Following Roman Jakobson, one might say that the core from which VGM developed his precise approach when translating the Commedia was essentially his understanding of the dominant, that is “the focusing component of a work of art: it rules, determines, and transforms the remaining components.” And for Jakobson, the dominant has the central role of ensuring the integrity of the entire structure of a work of art, which, in the case of Dante’s monumental work, is in danger of collapsing entirely when placed in the hands of a translator incapable of recognising the dominant. This means the poetic form of the Commedia, in other words that whole made up of its phonic texture and its changing rhythm as it moves forward, dictated by the terza rima, which accompanies the reader on the three long stages of this journey through the afterlife by the Florentine poet. VGM manages to render this poem majestically, thanks to his sublime technique acquired through the constant practice of poetry and aided by his profound knowledge not just of the main Romance languages, but also of Latin, from which Dante’s vernacular, like the Portuguese of Camões, derived directly. As he himself explains in the introductory essay preceding the translation of the Commedia, he engaged in “a no holds barred fight” with two fearsome adversaries: the “receiving” language, as he defined Portuguese, and Dante’s language, a “specific configuration and literary concretion of the text that is being worked upon”, which includes a thick weave “of different disciplines, sources and information”, the knowledge of which is necessary in order to complete your interpretation and enter “into the veins of the discourse to be translated”. Looking at the final result, at the end of this exhausting fight, VGM shows that he had understood the legame musaico Dante himself spoke about in the Convivio, the dominant of this modern epic, the Commedia, a cornerstone of Italian culture and Western culture, in general. And this understanding is only possible for those “saturnine” souls whom the Muses love to visit, that array of poets to whom VGM, unquestionably, belongs and thanks to whom the total beauty of that legame continues to be discovered and loved, in its infinite successive transformations, by new readers all the time. Because […]a palavra poética /ao fim de tudo, é uma /questão de técnica /e de melancolia.