The website is under construction. We apologize for any inconvenience.
Home / Insights/ Interviews/ The winners of the Strega Prize receive international recognition
InsightsInterviews

The winners of the Strega Prize receive international recognition 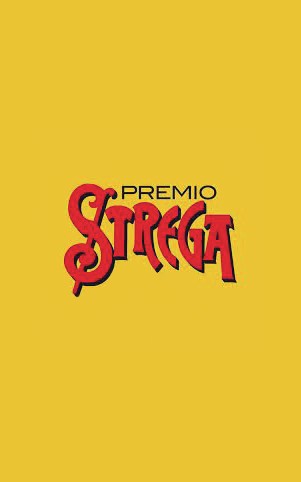 The Strega Prize is the Italy’s most prestigious literary award. Each year there are twelve finalists, five authors and a finalist who is placed in the public eye and consequently often receives a surge in book sales. How much of an influence does this prize have on a book’s international success? How many of them, on average, are translated and into which languages?
To answer these questions we asked Stefano Petrocchi, the long-standing director of the Strega Prize and a young researcher, Diletta Capuano, whose master’s degree thesis focuses on books that have received the prize and their international success.

These questions are first addressed by Stefano Petrocchi.

One of the first historical signs the books recognition in the Italian literary world is their translation. Elsa Morante reported that foreign editions of her books had increased considerably after the victory of Arturo’s island in 1957, two years earlier than the awarded bestseller, The Leopard. For some years now, all the Strega Prizes have been translated into at least the most common European languages ​​and many have also been released in the United States. This new trend is due to conspicuously successful sales abroad: the novels of Paolo Giordano and Paolo Cognetti, for example, awarded respectively in 2008 and 2017, have reached top positions in various European countries.

On an international level, what are Strega Prize’s initiatives in recent years?

Every year we collaborate with over twenty Italian Cultural Institutes around the world to form the Strega Prize panel, consisting of approximately 200 voters (10 for each location). The panel is represented by Italianists, journalists, translators, publishers, booksellers. In June of every year, we nominate 5 finalists and the winner; in the following months, we visit some Institutes, mostly European, to meet the local jurors and the public. Over the years we have visited offices in Athens, Berlin, Brussels, Lyon, Madrid, Moscow, Paris, Saint Petersburg, Strasbourg, Vienna, Vilnius. On these occasions, the cultural institutes provide translations of parts of the books that have entered the competition. These are distributed to the public, the press and local publishers.
Also, in support of high-quality foreign narrative in Italy, the European Witch Prize was established in 2014. Each year 5 novels, that have recently been translated into Italian from 5 different languages, are featured. The authors are asked to attend a meeting held at the Turin Book Fair with the Italian public. The prize is awarded by a jury made up of twenty-five writers who were in the finals or have won the Strega Prize.

After the short meeting with Stefano Petrocchi, we wish to briefly mention the Strega Prize rules and its deadlines.

Founded in 1947 by Maria and Goffredo Bellonci with the help of Guido Alberti (owner of the Liquore Strega company), every year the Prize is awarded to an Italian fiction book. The jury consists of 400 Sunday friends (the core of the voters), 200 jurors, who live abroad, 40 literary scholars, selected by independent Italian bookstores and 20 collective votes from schools, universities, libraries and reading circles. In March, 12 books are selected out of all the titles proposed by the Sunday Friends (each Friend can nominate one title, with the author’s consent). The selection of authors goes through two phases, involving 660 people: the first phase (scheduled for the 9th of June this year) decides on five finalists; the second, on the first Thursday of July, (this year on the 2nd) chooses the winner.

Whilst writing her Master’s degree thesis, Diletta Capuano (“La Sapienza” University, Rome) consulted national library catalogues in Germany, France, United Kingdom and Spain. This investigation allowed her to identify, over a period from 1947 (when the Prize started) to 2015, over 405 translations of books that have received the Strega Prize: 133 into German, 104 into French, 95 into Castilian, 45 into English, 25 into Catalan, 2 into Galician and 1 into Basque.

From the results it emerges that The Leopard by Giuseppe Tomasi from Lampedusa is by far the most translated, with 71 editions into a foreign language; in second place is Umberto Eco’s The Name of the Rose, with 43 translated editions. Next in line, is The Beautiful Summer by Cesare Pavese, with 24 foreign editions. Three novels written by women – Elsa Morante‘s Arturo’s Island, Margaret Mazzantini‘s Don’t Move and Natalia Ginzburg‘s Family Lexicon – have seventeen, 16 and 15 translated editions respectively. Paolo Giordano’s The Solitude of Prime Numbers has 12 foreign language editions, Mario Lettati‘s Letters from Capri, 11 translations. Five Stories of Ferrara by Giorgio Bassani and Primo Levi‘s The Monkey’s Wrench have 10 editions translated into the languages of the countries referenced.
There are, therefore, 11 Strega Prize winners that have been published in more than 10 foreign editions; the numbers are significantly lower for the remaining 47: 23 books have been translated between 4 to 9 times, out of which, 24 have 1 to 3 foreign editions.

To conclude, says Diletta Capuano, winning the Strega Prize often marks a turning point in the writer’s career and has a considerable impact on the sales of the awarded book, related reprints and new editions. It opens up the possibility for international recognition. In many cases, it gives foreign publishers the push to purchase the translation rights. Many writers have obtained subsequent international success after the Strega Prize brought it to the attention of its very wide public. Sometimes success isn’t limited just to the books that have received the award: the Strega Prize, in fact, also retrieves previous works from the winning author and they, sometimes unexpectedly, enter the stage due to the reverb effect. To sum things up, the prodigious yellow band that decorates the covers of the Strega Prize books is an effective passport to make an appearance on the international market.