The website is under construction. We apologize for any inconvenience.
Home / Books/ Non-fiction/ Tieni il tuo sogno seduto accanto a te (Hold on to your dreams)
BooksNon-fiction 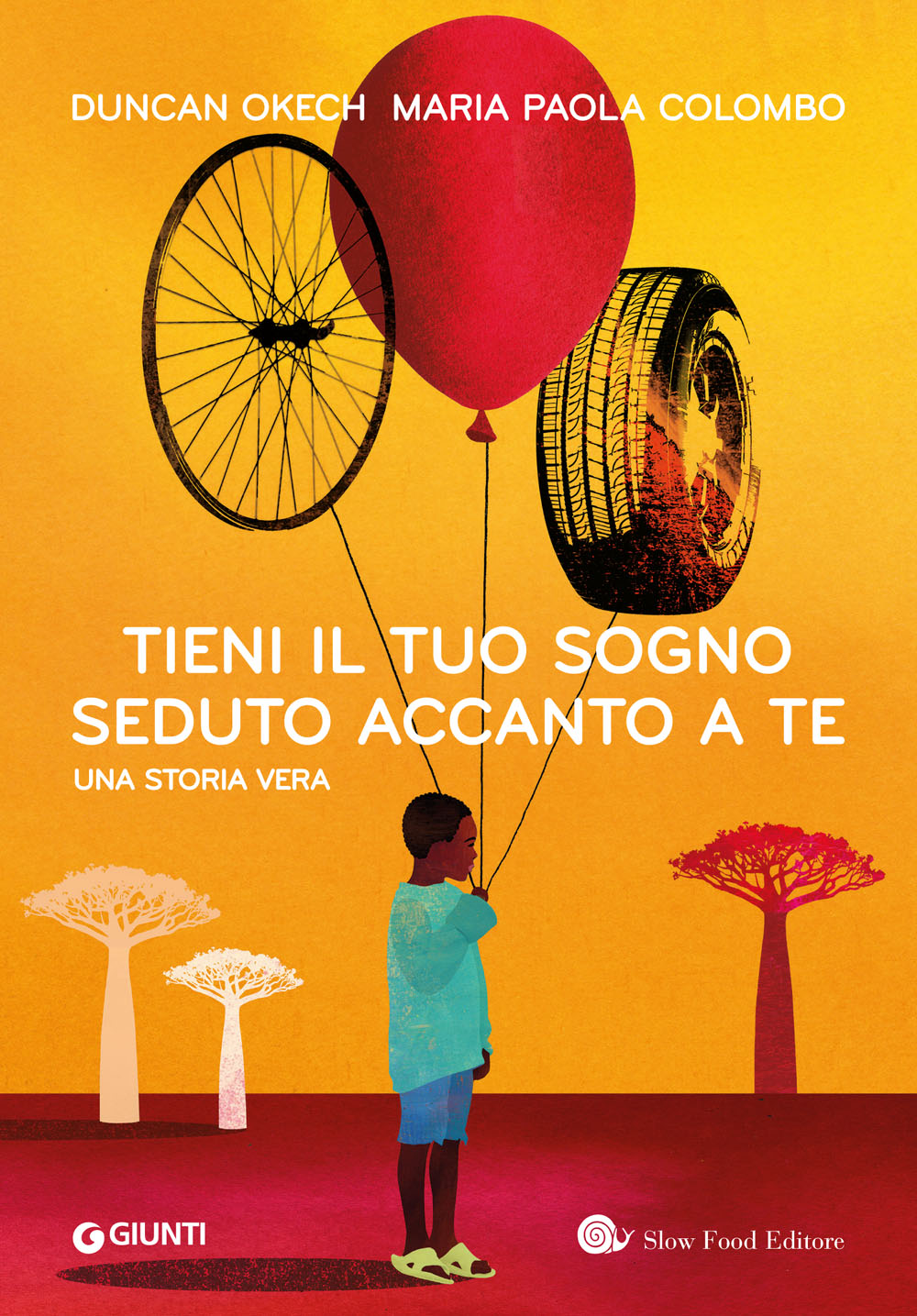 This is the story of a boy who was abandoned by his parents, who grew up eating from the garbage, but who showed himself capable of a tenacity that eventually carried him across the world. It is the story of a seed cast into the earth, trodden on time and again, yet still full of life: it signifies hope, and this book recounts how we all can contribute to keep it alive.
When Duncan begins telling his story, he is far from the village in the Kenya where his mother brought him into the world, shortly before leaving him forever. He is far from the sisters he left in the village, with their hunger and their sparkling eyes, far from the brother who introduced him to the underbelly of the immense capital and who was unable to protect him from the cruelty of his wife. He is far from the garbage dump from which he was forced to eat, from the street children who were, for a long time, his only family. Now Duncan is in the most unlikely place: Pollenzo, in Piemonte, at Slow Food’s University of Gastronmic Sciences (UNISG), where young people from all over the world come to study food and the art of selecting and transforming it in the most refined manner: where his one desire is to be able to do something for his siblings in Africa.

“Duncan’s story allows us to look inside Africa in a way that is clear and concise, without getting caught up in debates about illegal immigration, NGO ships, security measures, or arrival shelters. In this story, no one has escaped, and no one needs to be sent back. And yet, there is an entire world to consider… Now, after four years in Italy, Duncan recalls his experience there: ‘What will I miss about Italy? Christmas, above all, especially the one that allowed me to make peace with all of the holidays I had never celebrated. For me, that Christmas has the flavor of “ravioli”, as they call in Piedmont the meat-filled raviole that Carla makes; Carla, who is the sister of Carlin, also known as Carlo Petrini. He has a habit of inviting everyone who is not going home over the holiday to his house for Christmas dinner on December 25th. When I spoke to him the first time about my idea of making pesto in Nairobi, he replied, ‘Right now you have to study, but keep your dream close to you, don’t let go of it’.” – Mario Calabresi, former director of “la Repubblica”, on mariocalabresi.com

Duncan Okech graduated from the University of Gastronomic Sciences in Pollenzo. He has now joined the working world with the desire of being able to return to Kenya, provide for his family, and bring some new life to that dark earth.

Maria Paola Colombo (1979) currently works in human resources. In 2012 she debuted for Mondadori with Il negativo dell’amore, which won the Flaiano Prize and the Kihlgren Prize. Il bambino magico (2016) was also published by Mondadori.