Laurence Van Goethem adores both the theatre and translating, and has worked for many years in the field of theatre publishing in Brussels. She has been working very closely for almost 10 years with Marco Martinelli, the co-founder of the Teatro delle Albe, translating his theatre texts and works of non-fiction.

Can you tell us how you became interested in Italy and literary translation?

Well, actually, it is due to a series of reasons. Firstly, I grew up in Italy, in Lombardy, and then I studied literature at the Université libre de Bruxelles. I went to Sicily on my Erasmus exchange and liked the place so much that I decided to stay for a while. That’s why I love the Italian language and Italian literature. After that, when I went back to Brussels, I started attending courses in literary translation and I enrolled at the Centre Européen de Traduction Littéraire founded by Françoise Wuilmart. For my dissertation, I decided to work on the Sicilian author Sebastiano Addamo, in particular, his novel Un uomo fidato. I was able to collaborate with Mario Fusco, one of the greatest translators of Italian literature of the twentieth century. My approach to translation was, therefore, rather literary. At the same time, I became a French teacher and I also started working with a theatre publishing house that published a theatre magazine. That is when I started to take a serious interest in the theatre, including writing critical reviews. I couldn’t manage, however, to find a way of combining my two great passions: the theatre and translation.

But, in the end, you managed?

Definitely. One day, by chance, the magazine sent me to interview Marco Martinelli and Ermanna Montanari, who were in Mons preparing to put on a play during “Mons 2015 European Capital of Culture”. I was immediately struck by the generosity, passion and kindness of this famous couple from the world of Italian theatre and this interview marked the beginning of a wonderful friendship. Marco later asked me to translate a text entitled Bonifica, which I rendered with La plage de Daura. The translation was published by Émile Lansman together with another text by Marco, translated by Jean-Paul Manganaro, entitled Rumore di acque. As part of my training at the CETL, after defending my dissertation, I continued attending the Collège européen des traducteurs de Seneffe, which organised a course on how to create surtitles for theatre productions (another form of translation). That is how I ended up working on Martinelli’s play, Rumore di acque.

What did you find so fascinating about this theatre company?

First of all, its history. The Teatro delle Albe was founded in the 1980s and employs thirty people. It has a long and amazing history, which has developed in a close relationship with the city of Ravenna, with its theatre situated in a former church in the historic centre. After Bonifica, I took on another text Marco had written for his theatre company, Vita agli arresti di Aung San Suu Kyi, about the resistance movement in Myanmar, but it was not published. This is the problem that Martinelli’s theatre faces – he writes for the actors who he himself directs, so sometimes directors find it difficult to adapt his texts. As well as writing theatre texts, Martinelli is also a writer of non-fiction. In this field, I translated a short, but amazing text: Farsi luogo (Se faire lieu), a poetic and political manifesto of his theatre. I managed to have it published by Alternatives Théâtrales in Brussels.

In 2016, Martinelli published another work of non-fiction, Aristofane a Scampia. Come far amare i classici agli adolescenti con la non-scuola, which I love straight away and absolutely had to find a French publishing house to publish it. The book speaks about his theatre experience with teenagers from all over the world, about the adventure of his “non-school”. It is very touching and emblematic of his life.

How did you manage to get it published in French?

I did what every translator has to do. I’m a freelance translator, so I had to look for a publishing house and try to convince them. Theatre texts are already a niche market, but Italian theatre texts are a niche market within a niche market and are little-known, except for names like Pippo Delbono, Romeo Castellucci, Emma Dante… I wrote to Claire David from Actes Sud-Papiers: the challenge was to show how interesting the book was without translating the whole book. In the end, it was published with the title Aristophane dans les banlieues. Pratiques de la non-école and it received an award from the Belgian Critics Association for the best book about theatre. I am very grateful to Claire David and Georges Banu, who agreed to embark on this publishing adventure, to run this risk!

Martinelli is such a complex author that when I translate him, I feel like I am translating several authors. Recently, I worked together with Danièle Robert on two of his most poetic works: Fedeli d’amore, which has to do with the personal history of Dante, who died and is buried in Ravenna; and Madre, the allegorical story of a woman who falls into a well and the complicated relationship she has with her son.

Martinelli is currently working on a major project for a reworking of the Divina Commedia in which hundreds of citizens of Ravenna are involved. Then there are the works to do with musical theatre and, here, his wife Ermanna Montanari, an amazing actress, plays an important part. Ermanna’s research focuses on the voice and has a lot to do with the Romagnolo dialect. She also recently opened a school of vocal expression in Ravenna: Malagola.

You have just mentioned the work on dialect carried out by the Teatro delle Albe, which brings us to that difficult question about how to translate dialect…

For his latest work, Madre, working with Danièle Robert, a great translator of Dante’s work and texts from Latin, we decided to translate the parts in Romagnolo into Walloon and Occitan. We ended up with four of us working on the text: a Walloon translator, an Occitan translator, Danièle and myself. In the case of dialects, the real difficulty lies in managing to transmit the same kind of perplexity that an Italian audience has when faced with a dialect that they do not know, but which is not completely alien to them either.

When you translate non-fiction, you have to put yourself in the shoes of French readers. It is the context of the reader you need to consider, the context of a reader who does not know Martinelli. For Aristophane dans les banlieues. Pratiques de la non-école, I sometimes eliminated passages that contained references that would have been meaningless to French-speaking readers, but I, of course, always discuss this first with the author, with whom I can luckily work very closely. I also added a chapter on Martinelli’s experiences in Kenya with the non-school, basing it on an interview I had done with him. At the end of the book, I translated and published Noboalphabet, a text that is essential if you want to understand the Teatro delle Albe – it is a sort of guidebook in which Marco speaks poetically about his idea of theatre and the principles (but also “non principles”) that guide his search.

And what about the translation of theatre texts?

The difficulty regarding Martinelli’s theatre results from the fact that his texts are conceived for his own theatre company, for his wife, Ermanna Montanari, who is the lead actor and who, as I mentioned before, engages in some very original research into voice. Unless they are linked to a specific project for their performance, these texts have to be translated in a fairly neutral way. I don’t think that translating drama is always that interesting as regards the translation itself, as very few people read theatre. For example, I don’t think that the translation of Pirandello’s theatre that has been published in French is particularly stimulating, but when the texts are re-adapted and re-translated to be performed, then they become extremely interesting.

What I find most interesting about this job is when the translator is involved in the creation, when s/he accompanies the director. Translators then have to adapt their translations to the theatrical context, the way actors perform; they have to look at the objects that are on stage, so if in the text, it says “bucket”, but on stage there is a carafe, the translator has to write “carafe”.

Generally speaking, there are two types of translators for the theatre: translators with a literary background, who are more linguists and occasionally venture into the theatre field, but remain literary translators, and then there are “translators-adapters”, who work together with the directors. Often, it is the actors themselves who translate the plays. This is the case of Pietro Pizzuti, an actor of Italian origin, who has not studied either literature or translation. Yet, he recites while he translates and he translates while he recites. Some people say that only actors can translate theatre. I wouldn’t go that far, but it is true that you have to know how to handle the experimental side of theatre.

You said earlier that producing surtitles for a theatre production is another form of translation. Could you tell us something more about this?

When you create surtitles, you have to convert spoken language into written text and be very concise. You have to get straight to the point, avoiding flights of fancy, so the audience can understand what they are seeing. Surtitles are a tool, not a literary work, however. There is even a limit to the number of characters you can use as the audience mustn’t be distracted by the surtitles. Then there is the problem of the scenography: where do you put the surtitles so they don’t interfere with scene?

I had a go myself a couple of times at projecting the surtitles during a performance. It is a very stressful job because you have to get the timing just right – you cannot project them too soon or too late. It is a very interesting job, however, as you are not visible, but at the same time you are at the heart of the creation – I love all the people who work in a theatre and are hidden from view.

In your article in “Traduire”, you also speak about another type of translation for the theatre: the live dubbing by Patrick Bebi of Ascanio Celestini.

When he performs his plays in Belgium, Celestini, who hates surtitles, is accompanied on stage by the actor Patrick Bebi, who sits alongside him and translates immediately. I must admit that it is a slightly disturbing experience when you know both the languages. It is a “performance” in itself and something very original.

David Murgia has also worked with Celestini. Murgia’s way of working is different, though – he is a bit like Pizzuti and translates Celestini on stage, but the final result is neither Celestini nor Murgia. It is an “entre-deux” that works brilliantly.

What do you have in the pipeline?

I would like to show French-speaking audiences Armando Punzio’s work with prisoners from Volterra prison, which forms a sort of continuity with Martellini’s paedagogical experiment. Nowadays, there is a great deal of talk about social theatre, but I think that it would be important to show people what already exists in this field and, indeed, has existed for some time, with admirable results, such as those achieved by Punzio.

I will continue translating Marco’s work and I would like to work on other authors who should be made accessible to French-speaking audiences. 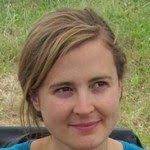