The website is under construction. We apologize for any inconvenience.
Home / Books/ Fiction/ Trentacinque secondi ancora (Still thirty-five seconds to go)
BooksFiction 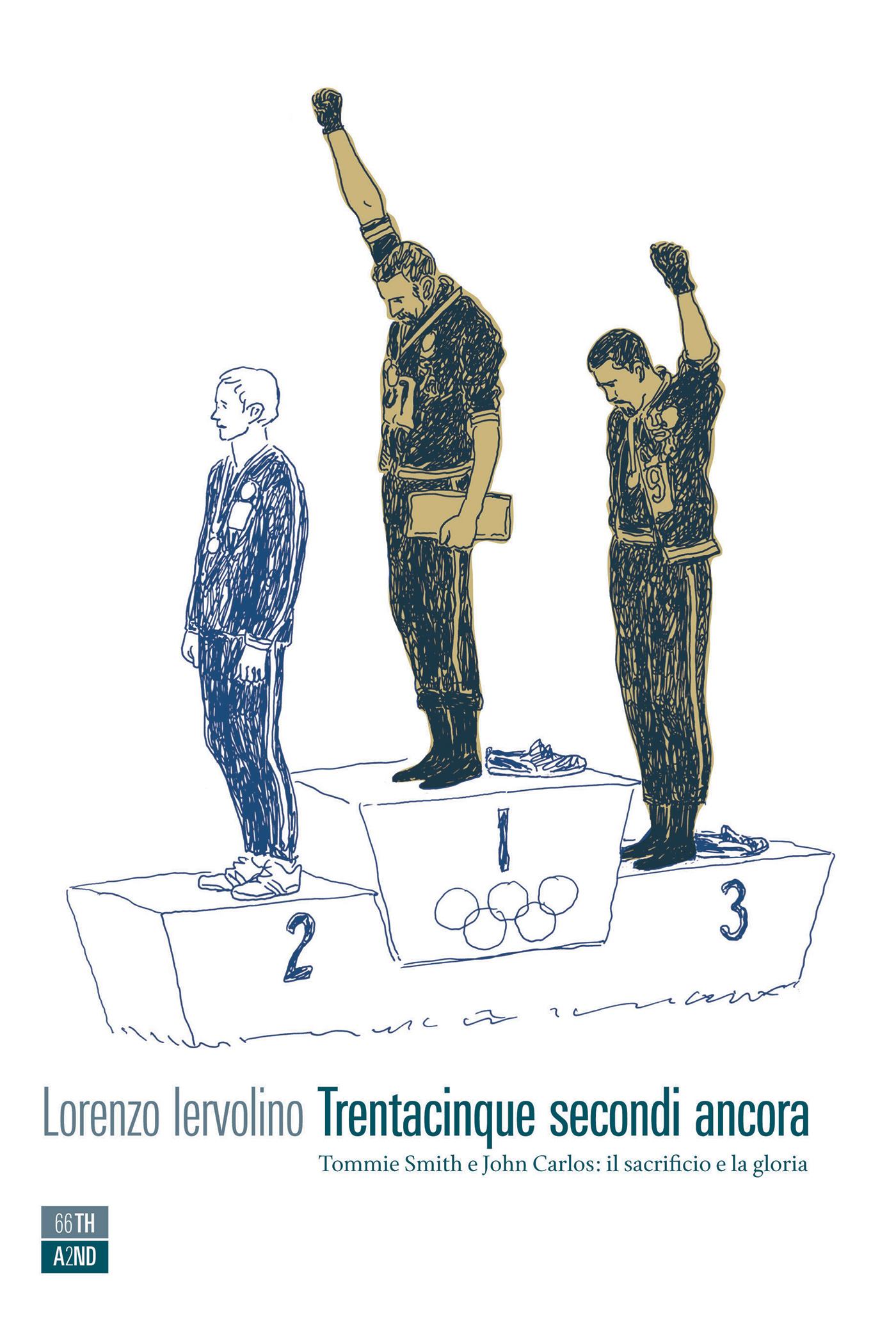 «Walking barefoot in a parallel dimension, among vintage interviews, retrospective descriptions, Iervolino has found the key suited to hand down a legend.» – Malcom Pagani

How John Carlos once put it, quoting Martin Luther King quoting Mahatma Gandhi: «First they ignore you, then they laugh, then they fight. Then you win».

Two men with raised fists, heads bent forward, motionless bodies on top of an Olympic podium. They seem two Statues of Liberty without a torch. We are in Mexico City, in 1968, during the award ceremony of the 200 meter sprint finals. The two men are Tommie Smith and John Carlos, the two fastest athletes in the world, both African American, both products of Speed City, the campus of San Jose State College. Smith, gold medalist, grew up among cotton fields and the marshes of the South, and understood as a child that his life is an uphill battle. Carlos, bronze medalist, the son of a Caribbean shoemaker, grew up in Harlem among the temples of blues and soul, and had problems with justice as a minor. The third man on the podium, the Australian Peter Norman, maybe the less known of the three, grew up in the suburbs and many do not even know of his “I’ll stand with you” reply when advised on what was going to happen. What ties together Alfonso de Alba, a chicano student, Harry Edwards, Professor Emeritus of Sociology and the three men on that podium? What is their story? What happened after that ceremony? How come these three athletes never participated in any other Olympics? How the most famous political gesture in the history of sports influenced – when it didn’t crush or overturn – the life of those involved? It has taken 40 years for it to become no longer something to ignore or hide, but a civil rights standing point.

Lorenzo Iervolino (Rome, 1980) is editor of Terranullius. In 2014 he published with 66thand2nd his first book Un giorno triste così felice (Such a sad day, a happy day) on the life of Brazilian soccer player Sócrates.