A Trip to Italy: Milan (and Genoa), Book Pride Interview with Raffaele Riba

Viaggio in Italia (through prizes and festivals) tells the story of our country through interviews with the organisers and protagonists of the major literary festivals and the most important events on the publishing calendar. On https://italiana.esteri.it/italiana/ et sur www.newitalianbooks.it

In this second episode, our stop is Milan, where, after a digital edition in 2021, from 4 to 6 March Book Pride, the national fair for independent Italian publishers, returns to its new location at SuperStudio Maxi in the via Famagosta area. The direction of writer Giorgio Vasta is succeeded by a young collective guide, composed of Federica Antonacci, Anastasia Martino, Raffaele Riba, Federica Principi and Alice Spano. The theme of the 2022 edition is “Multitudes“, dedicated in four sections: Alliances, Proximity, Living Everything from All Sides, Dedications. The graphic interpretation of the theme is entrusted to graphic novel author artist Antonio Pronostico. In the past, Book Pride has collaborated with various Italian Cultural Institutes, including  Tokyo and Melbourne.

How was Book Pride born and how does it develop?

Book Pride was born in 2016 by a group of independent publishers with the idea of creating a self-financed event dedicated to that sector. It was a necessity: independent publishing is often made up of small groups of people, passionate and tenacious, who create a unique and not vertically integrated brand by doing research in Italy and on foreign catalogues; a kind of craft of publishing: they needed their own space beyond the big fairs that already exist on the Italian territory. Today, also thanks to initiatives like Book Pride, the independent reading market occupies a slice of almost 50% of the entire market.

Over time Book Pride has also been enriched by an autumn edition in the city of Genoa, thanks to the collaboration with Palazzo Ducale.

Since its inception, Book Pride has been working to consolidate a project based on a substantial balance between the exhibition and programme dimensions, adding to the numerous exhibitors’ presentations its own endogenous programme, aimed at embodying the chosen theme in all its facets.  The 2019 edition in Milan was such a success with the public and the press, but also such a success with publishers, that for the 2020 edition Book Pride would welcome over 200 publishers with a total programme of around 350 events between publisher presentations, the endogenous programme and the OFF programme. Unfortunately, the spread of the Covid 19 pandemic forced the organisation to cancel the Milan event less than a month before the fair opened. With the pandemic continuing, Book Pride has decided to take a year’s break to strengthen its structure and return to presence in 2022 with many new features. In this new framework, the event intends to find stability as a publishing event in the first part of the year in Milan and continue its growth in Genoa in the second part of the year, maintaining its focus on the great variety offered by the independent publishing sector.

What relationship does your event have with the city and the territory?

The relationship with the territory, in the cities of Milan and Genoa, is essential.

In the course of the evolution described above, Book Pride has woven networks and relationships aimed at rooting Book Pride in the urban fabric of the two cities. In Milan, the historical alliance with the Area Biblioteche del Comune di Milano (Libraries Area of the Municipality of Milan) allowed Book Pride to realize events and collaborations within the city’s library system, for example with previews and dedicated programmes in different libraries. In Genoa, the centrality of Palazzo Ducale with respect to the Genoese cultural life, has inserted Book Pride among the appointments of the season for readers not only from Genoa but, more generally, from Liguria. A tireless activity has created a heritage of connections and affinity with the network of bookshops in the two cities, with theatres, reading circles, magazines, online magazines, book bloggers and influencers, distinctive cultural figures, Italian and foreign institutions located in the territory. This is the great strength of Book Pride and this is the capital we intend to reinforce with the work of the next editions to create a strong network with the places and people of Milan and Genoa. Always under the banner of independence.

What advice would you give to a cultural traveller coming to Milan on the occasion of Book Pride?

After having a good breakfast in Piazza Duomo, to take the metro B, get off at Famagosta, in a historical and densely populated district of Milan that they would not otherwise have the opportunity to see, and enjoy the rich and varied programme of Book Pride. There will be more than 200 presentations, meetings and events analysing the chosen theme: Multitudes. Between one meeting and another you can visit the nearly 200 stands full of books by the publishing companies that will be present: alongside the publishing houses that are already stable and rooted in the market (such as Adelphi, e/o, Sellerio, La nave di Teseo, Neri Pozza, to name but a few), the entire independent panorama that runs a diversified production, capable of research and innovation. After such a day, it will certainly be time to return under the shadow of the Madunina to enjoy a typical dish and an excellent glass of wine. 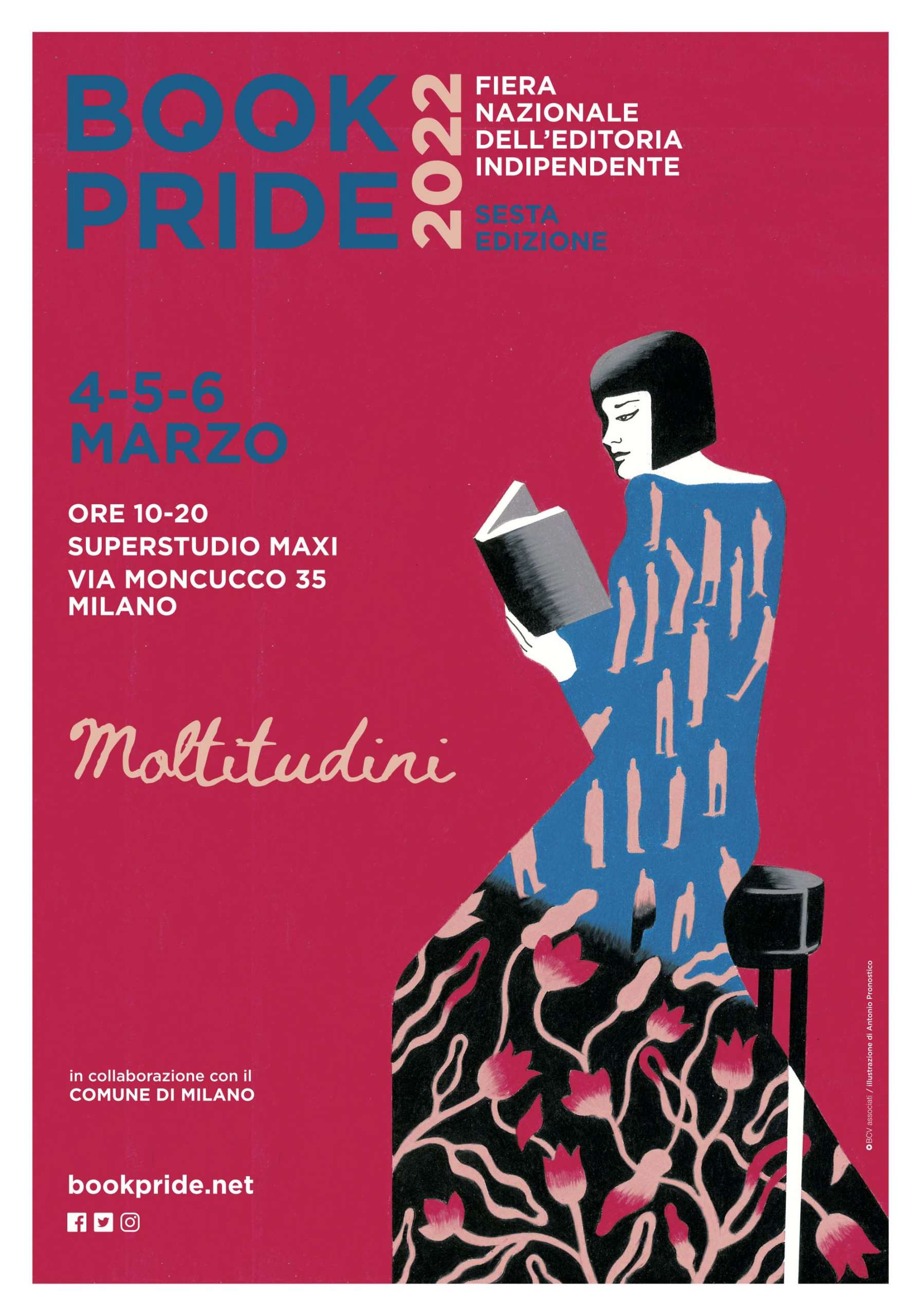