Close
In other languagesInsights
11 January 2021

Alberto Savinio in other languages

Savinio in French
Any considerations regarding the circulation of Alberto Savinio’s works abroad must necessarily begin with an examination of their dissemination in French, a language already important to the author during his education, but which he became far more proficient in after two long stays in Paris. He then consolidated his knowledge of the language through frequent contacts with the French cultural world, also in his later years.
A clear indication of Savinio’s wishes was the publication of his first works in French while he was still alive. The intermediary in this process was his friend and publisher Henri Parisot, whom he had met through Paul Éluard. The first two products of this partnership were two texts Savinio had written directly in French: Les Chants de la mi-mort (Parisot, 1938) and Introduction à une vie de Mercure (Éditions de la Revue Fontaine, 1945). Parisot, editor of the Éditions de la Revue Fontaine’s series “L’Age d’or”, used this series to publish a translation of Capitano Ulisse, in 1946, by another of Savinio’s friends, the musician of Greek origin Michel Dimitri Calvocoressi. La nostra anima (Psyché) was then published in 1950 in the same series, now part of Éditions Premières, translated jointly by Savinio and Parisot, with a drawing by Max Ernst on the cover. These were the only two translations into French that Savinio saw published during his lifetime. Although most failed to materialise, there were many other translation projects resulting from the special relationship he had with the French public. Indeed, he confessed in a letter to Parisot in July 1949: “Je tiens beaucoup à ce que mes livres paraissent en France. Mon éditeur a passé un contrat pour mes livres avec un éditeur allemand (Stuttgarter Verlag). Mais ce n’est pas la même chose”.

Following the author’s sudden death in 1952, thanks to the efforts of the many friends he left behind in France, there followed an extremely prolific period of activity, beginning, in 1967, with the publication by Flammarion of  Vie des Fantômes in a collective translation by André Pieyre de Mandargues, Bona de Pisis and Henri Parisot. Nino Frank’s translations for Éditions Gallimard resulted in the publication of Toute la vie (1975 and 1993), Achille enamouré (Gradus ad Parnassum) (1979) and Encyclopédie nouvelle (1980). As a result of what would also happen in Italy – perhaps to an even greater extent –, there was a critical rediscovery of Savinio’s works in France in the 1980s, which sparked an authentic publishing frenzy. Within the space of a few years publications appeared of Ville, j’écoute ton cœur (Jean Noël Schifano, Gallimard, 1982), Monsieur Dido (Bertrand et Eric Lavergeois, Flammarion, 1983), Angélique ou La nuit de mai (Jean-Baptiste Para, Arcane 17, 1985), Souvenirs (Jean-Marie Laclavetine, Fayard, 1986), Hermaphrodito (René de Ceccatty, Fayard, 1987), La maison hantée (Jean-Marie Laclavetine, Fayard, 1988), Destin de l’Europe (Lise Chapuis, C. Bourgois, 1989) and Enfance de Nivasio Dolcemare (Ariel Piasecki, Gallimard, 1989).

During the last thirty years, Savinio’s lesser-known writings have attracted the attention of independent publishing houses, highlighting that the French publishing market did not lose interest in the author after the publication of his major works. Two examples are Éditions Allia, which published the pamphlets L’intensité dramatique de Leopardi (Philippe Di Meo, 1996) and Dix procès (Monique Baccelli, 2001), and Christian Bourgois, which published L’encyclopédie interminable, a translation of Torre di guardia by Gérard-Georges Lemaire, with a foreword by Leonardo Sciascia (1999), Vie de Henrik Ibsen (1999) and a new edition of Le Capitaine Ulysse (2000), both of which were translated by François Bouchard.

In other languages
Looking at the rest of Europe, it is clear that the 1980s also marked an upturn in the fortunes of the author in the rest of the continent, although the works translated vary from country to country. In Germany, for example, the works chosen for translation were La nostra anima (Unsere seele, 1983), Nuova enciclopedia (Neue Enzyklöpadie, 1983), Maupassant e “l’Altro” (Maupassant und der “andere”, 1988) and Ascolto il tuo cuore, città (Stadt, ich lausche deinem Herzen, 1989, of which a third edition was published in 1993). These translations were followed at fairly regular intervals in the 1990s and early 2000s by a number of other publications, making Savinio a well-known figure in the German publishing market. Something similar occurred in Spain, where, after the first editions published in the 1980s – Casa “La Vida” (1982), Nueva enciclopedia (1983) and El destino de Europa (1984) –, other publications followed.

Rather surprising is the relative paucity of publications in the English-speaking world, where hopefully there will be developments in the future. Excluding a chapter from Hermaphrodito, The Departure of the Argonaut (George Scrivani, 1986), and the anthology The Lives of the Gods (James Brook, Susan Etlinger, 1991), containing his early stories which mainly appeared in magazines, the only other works published in English are Speaking to Clio (John Shepley, 1987), Childhood of Nivasio Dolcemare (Richard Pevear, 1994) and the most recent collection of stories, Signor Dido: Stories (Richard Pevear, 2014).

There have been translations in other languages, such as Portuguese, Dutch, Russian, Hungarian, Czech, Polish and, in particular, Greek, a language which was especially dear to Savinio, who was born in Athens to Italian parents, as were the memories of his childhood in the Levant.

The general silence of the last few years has been broken by two translations into Spanish – Contad, hombres, vuestra historia (2016) and Maupassant y «el otro» (2018) –, both by José Ramòn Monreal for Acantillado, which show that Savinio’s works have not yet lost their appeal abroad. 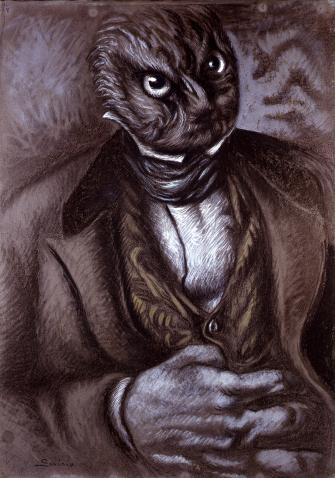