The website is under construction. We apologize for any inconvenience.
Home / Insights/ Surveys/ Classics abroad: the historiography of classical antiquity from Italy to France
InsightsSurveys

Classics abroad: the historiography of classical antiquity from Italy to France 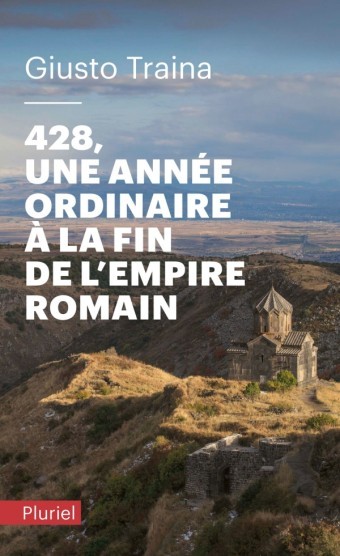 The topic of our relationship with classical antiquity has recently become once more very much at the forefront of public debate, albeit with the occasional exaggeration and the inescapable tendency towards sensationalism. Despite a (feared) marginalisation of “classical” studies in the Western world, the appeal of ancient Greece and Rome continues to exert a certain fascination among the general reading public both inside and outside of Europe.

Among the contemporary writers of historical novels about classical antiquity, there is quite a large group of Italian authors specialising in this field and making it accessible to general readers. They have succeeded in meeting the tastes and expectations of “newcomers” to the classical period also outside of Italy, especially among French readers.

Many of the most popular of these books in France deal with topics and events of an historical and military nature relating to the great generals of ancient Rome. It is not surprising, therefore, that one of the books most love among French readers is Luciano Canfora’s César: le dictateur démocrate (published in Italy by Laterza in 1999), translated into French by Corinne Paul Maïer and Sylvie Pittia, which was first published by Flammarion in 2001. Similarly successful was Luca Fezzi’s recent book Alea iacta est: pourquoi César a-t-il franchi le Rubicon? (Il dado è tratto: Cesare e la resa di Roma, published in Italy by Laterza in 2017 and republished in 2019), which deals with the most famous episode in the life of Caesar: his crossing of the Rubicon river and his conquest of Italy and Rome. The French translation by Geneviève Bouffartigue was published by Belin in its “Collection Histoire” in 2018 with a foreword by Giusto Traina.

Given that he is both an Italian historian and also professor of Roman History at the Sorbonne University, Giusto Traina’s works are often translated into French. The French edition of 428 dopo Cristo. Storia di un anno (Laterza, 2007) was published in 2009 by Les Belles Lettres (translation by Gérard Marino), with a foreword by Gilbert Dragon. The book, with a new revised and corrected French edition now available (428, une année ordinaire à la fin de l’Empire romain, Nouvelle édition revue et corrigée, Pluriel Fayard, Paris 2020), provides an original portrait of the Roman Empire during late antiquity, in a year – 428 – of little apparent significance in the glorious history of Rome. It was followed, in 2011, by Carrhes, 9 juin 53 av. J.-C. Anatomie d’une défaite, translation by Gérard Marino, published by Les Belles Lettres, with a foreword by Giovanni Brizzi, further confirmation of the interest of Italian and French readers in the major wars and battles in the history of Rome (the original Italian version was published in 2010 by Laterza). Mention should also be made of Histoire incorrecte de Rome, translated into French by Éric Vial and published by Les Belles Lettres in 2021 (the original Italian version, La storia speciale. Perché non possiamo fare a meno degli antichi romani, was published by Laterza in 2020), in which the author proudly defends how useful and relevant it is to teach Roman history in the present as it is a “special” history.

Interest in the lessons that can be learnt from classical antiquity is also what lies behind the numerous translations into French of the works of Luciano Canfora, Alessandro Barbero and Aldo Schiavone. An example is La Démocratie. Histoire d’une idéologie, the French translation by Anna Colao and Paolo Bertilotti of Luciano Canfora’s study published in Italy by Laterza in 2003. The book, published in France in 2006 in the Faire l’Europe collection (Seuil) created by Jacques Le Goff (who also wrote the foreword), presents Canfora’s thoughts, at times highly critical, regarding the idea of democracy that has developed in Europe starting from the model of Athens. A similar line of thought was adopted in L’imposture démocratique. Du procès de Socrate à l’élection de G. W. Bush (Flammarion, 2003), the French translation of Critica della retorica democratica (Laterza, 2002) by Pierre-Emmanuel Dauzat. As further proof of the relevance to and influence on today’s world of ideas and themes that originated in classical antiquity, to close this rapid overview of the many works of Canfora to be translated into French, mention must also be made of two works with particularly suggestive titles: Exporter la liberté: echec d’un mythe (Desjonquères, 2008), translated by Dominique Vittoz, and Nature du pouvoir (Les Belles Lettres, 2010), translated by Gérard Marino.

Military events during the fall of the Roman Empire are of particular interest to French readers. An example is Alessandro Barbero’s Le Jour des barbares: Andrinople, 9 août 378 (Flammarion, 2006), translated by Jean-Marc Mandosio. This book, now in its thirteenth reprint in French, is about key episode from late antiquity: the ruinous defeat of the Romans in the battle of Adrianople (Thracia). Like Canfora, Barbero also highlights the modern relevance of classical antiquity with Barbares: Immigrés, réfugiés et déportés dans l’Empire romain (Tallandier, 2009), in which he analyses and explains how “barbarian” peoples were integrated during the final centuries of the Roman Empire, enabling its eastern counterpart (the Byzantine Empire) to survive for another thousand years. The French edition, translated by Pérette-Cécile Buffaria, was published three years after the book’s publication in Italy (Laterza, 2006).

In addition to the major longue durée topics, another genre that continues to be popular is biography, especially when the method of historical and historiographical inquiry, usually applied to the lives of great generals, also includes legendary figures in our collective imagination of the classical world. This is highlighted by À la recherche de Spartacus (Belin, 2014), the French translation by Geneviève Bouffartigue of Aldo Schiavone’s book about the life of the famous Thracian gladiator published by Einaudi in 2014, and Ponce Pilate: une énigme entre histoire et mémoire, also by Schiavone, published in Italy in 2016 and translated for French readers in the same year by Marilène Raiola for Fayard. Finally, another book by the same author that deserves a mention is his important work when looking at the history of institutions, once more confirming the relationship between past and present, something that is clearly perceived by modern-day readers. Ius: l’invenzione del diritto in Occidente (Einaudi, 2005), the French edition of which (Ius: l’invention du droit en Occident, translated by Geneviève Bouffartigue) was published by Belin in 2008, uses a narrative style as the author tackles a crucial topic in the history of the West: the birth of law as an institution and autonomous discipline, which originated in ancient Rome.