The website is under construction. We apologize for any inconvenience.
Home / Books/ Non-fiction/ Cuba Danza (Dance in Cuba – From classical ballet and contemporary dance, to the traditional and popular dances)
BooksNon-fiction

Cuba Danza (Dance in Cuba – From classical ballet and contemporary dance, to the traditional and popular dances) 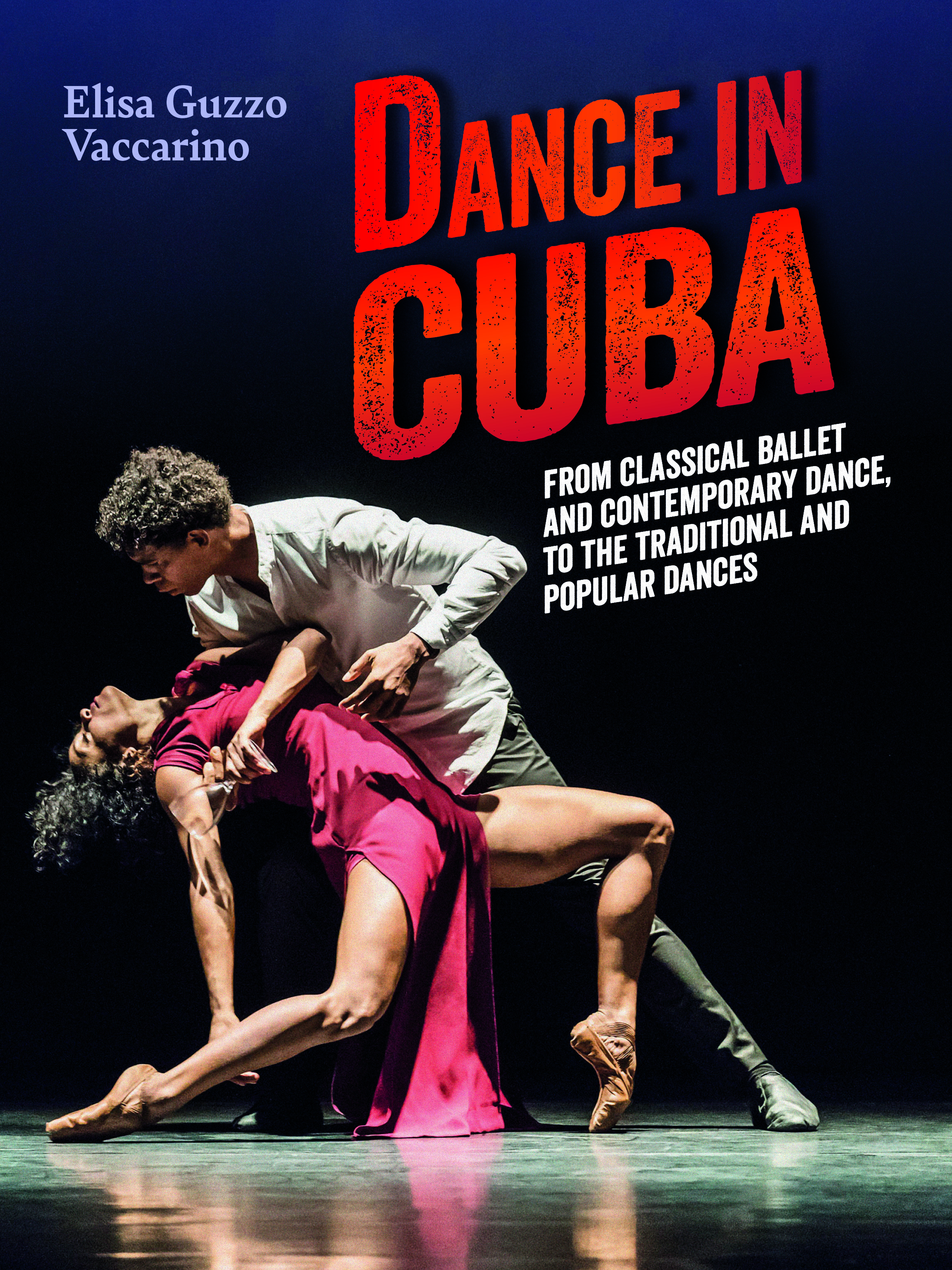 “Dance in Cuba” explores all the currents and genres of Cuban dance, from their beginnings to today: BNC, DCC, dance companies, entertainment dancing and religious rites.

Vaccarino analyzes Cuban dances starting from the beginnings of classical ballet in Cuba until the arrival of the “divine” Alicia Alonso – étoile and founder of the Ballet Nacional de Cuba.

Before the advent of Fidel Castro, the voluptuous life of cabarets such as the Sans Souci and Tropicana reigned supreme in the pulsating heart of Havana, just miles from Prohibition and puritanical American society of the time. With the Italian mafia in the shadows that exploited these amusements, the world’s greatest actors, dancers and singers came to perform in Cuba. Italian and French-style theatres that catered to the elitist tastes of white bourgeois audiences billed the world’s greatest opera divas, ballets and concerts.

After 1959, under Castro, the new government took over all aspects of the sector. It promoted the more authentic Afro-Cuban oral culture aimed to appeal to all the population. Cubanía was country, homeland, identity. Unity in diversity, pride in consensus.

A magnificent tradition of classical ballet born out of the sublime contribution of the late Alicia Alonso is still vital in Cuba today. There is also a vigorous modern dance culture shaped by pioneer Ramiro Guerra who paved the way for new contemporary dance forms by later generations. Cuban folk, yoruba and popular dances, and the dances of the now mythic Tropicana, the ‘Lido of Havana’, also continue to dazzle.

Elisa Guzzo Vaccarino has for decades been a critic and authority on dance for newspapers, websites, television, theatres, museums and festivals. In the early 1980s her intense involvement with “The Island that Dances” led the Author frequently to Cuba and the forming of longstanding friendships. She continues to pursue her passion for this very special island through constant research, and above all by dancing and living in Cuba with the Cubans.