The website is under construction. We apologize for any inconvenience.
Home / Insights/ Surveys/ Echoes of Trieste in the French publishing world (second part)
InsightsSurveys

Echoes of Trieste in the French publishing world (second part) 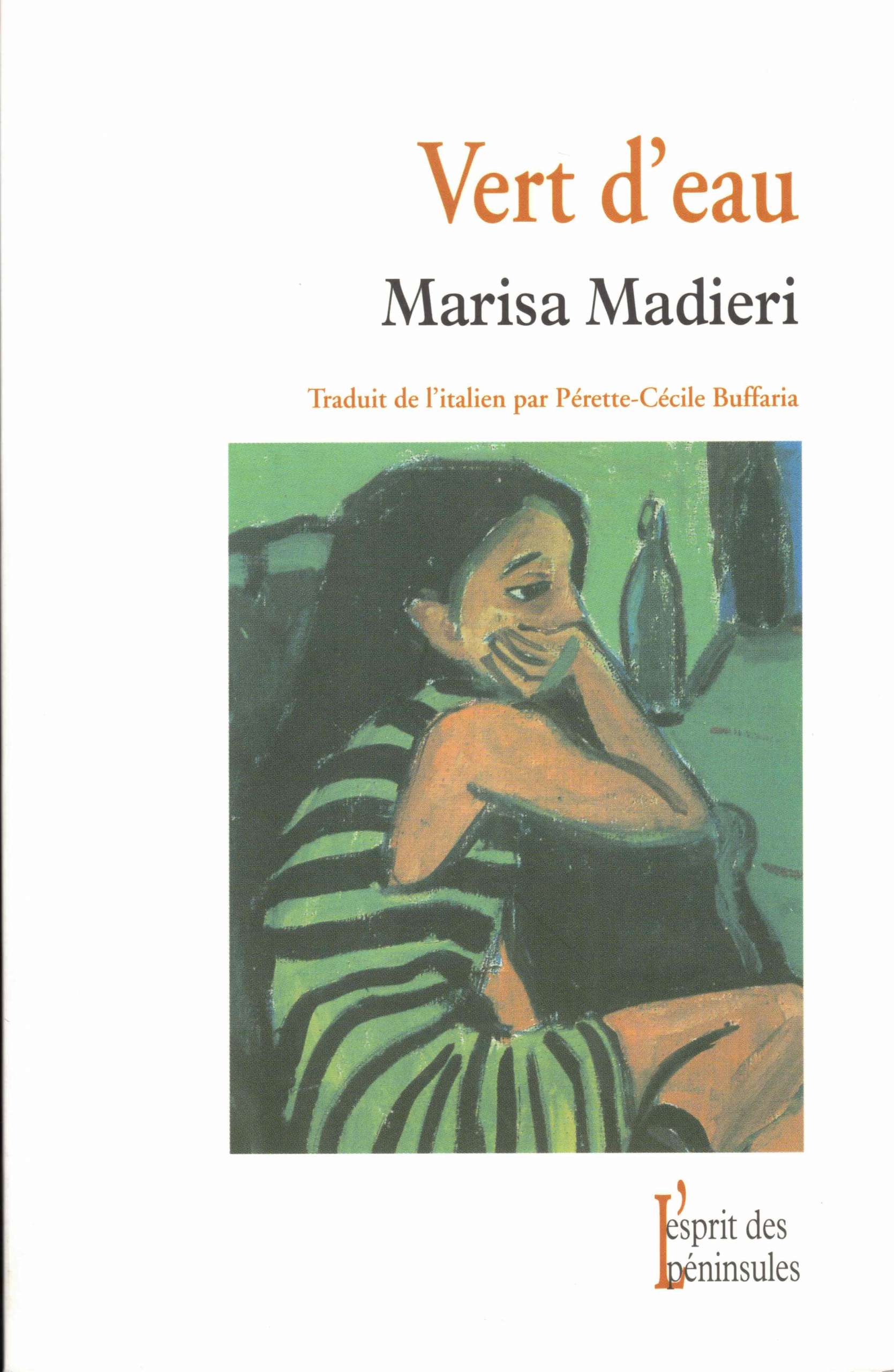 During the same period, the first translation of twenty-one poems by a literary craftsman, Umberto Saba, appeared in 1962. Thanks to René de Ceccatty, Franc Ducros, Georges Haldas, Odette Kaan, Gérard Macé, Bernard Simeone and Frank Venaille, in particular, several other volumes followed. There were a selection of his letters (Moi et les autres, 1989), the novel Ernesto (1978, with a new version in 2010), which deals with abuse and the sexual initiation of Saba as a teenager, various collections of stories, tales and aphorisms (Comme un vieillard qui rêve, 1983, Couleur du temps, 1985, Ombres des jours, 1990, and Femmes de Trieste, 1997), and other anthologies that gave a final shape to the translation of Il canzoniere (1988), involving several translators. This song of introversion, marked by neurosis and years of psychoanalysis, achieves an elegance, transparency and purity of light and wandering things, a wisdom that appears as a bitter gift, patiently acquired, imbued with melancholy and dream, before eventually assuming a universal dimension. The acceptance of every part of life, sweet and cruel, is not without risks, as it is full of dark desires, unsupportable anguish, fear and the lure of death. “Il canzoniere is the story (and we would have nothing against it being called a ‘novel’, even adding, if you like, ‘psychological’), of a life, (relatively) short of external events, but rich, at times almost to an extreme, in tumult and internal resonances, and people the poet loved during his long life, and from whom he created his ‘figures’”, as Saba himself wrote.

Knowledge of the literature of Trieste increased in France after the 1980s. Among the works translated were: Il giorno del giudizio (Le Jour du jugement, 1981), La veranda (La Véranda, 1989) and De Profundis (De Profundis, 2012) by Salvatore Satta, of Sardinian origin, but an eminent scholar at the University of Trieste; the collection of juridical and political writings L’Avertissement de Socrate (2019), the first three of which were translated by Nino Frank and the last mentioned by Christophe Carraud; Il fantasma di Trieste (Le Fantôme de Trieste, 1986) by Enzo Bettiza, a novel about a city divided, on the verge of nationalist, warmongering chaos; the odysseic Capitano di lungo corso (Capitaine au long cours, 1987), Lettere editoriali (Lettres éditoriales, 1999), poignant, perspicacious readings, and the memories of Trieste by Roberto Bazlen (Trieste, 2000); La miglior vita (La Vie meilleure, 1987), a century of history of a village in Istria, and L’ereditiera veneziana (L’Héritière vénitienne, 1991) by Fulvio Tomizza, translated by Claude Perrus; La frontiera (La Frontière, 1990) and Processo a Volosca (Procès à Volosca, 1991) by Franco Vegliani, moving meditations on choice, the law and violence; Il richiamo di Alma (Les Métamorphoses d’Alma (1992) and Il re ne comanda una (La plus belle du royaume, 1994) by Stelio Mattioni, a grotesque, disturbingly relentless deconstruction of a closed, rigid order; the concise and painfully disenchanted Nostra signora morte (Notre Maîtresse la mort, 1992) by Giorgio Voghera, translated by Carole Walter, which was soon followed by other works; Il segreto (Le Secret, 1996) by Anonimo Triestino (Giorgio Voghera), the detailed analysis of a secret adolescent love, in which feelings are analysed rather than experienced, rendering existence itself futile; the story, in the form of a diary, of exile from Fiume (nowadays, Rijeka) in Verde acqua (Vert d’eau, 2001) and in the sombre, sensitive fable, La radura (La Clairière, 2004) by Marisa Madieri; and Passeggiata armata (Confession téméraire, 2019) and Diario 1944-1945 (Journal 1944-1945, 2021) by Anita Pittoni, well-known as both a writer and artist, whose publishing house Edizioni dello Zibaldone was, in 1949, already publishing accurate editions of the leading writers of Trieste.

After this long list, there follows a more detailed description of five more authors.

It is still too early to measure, in France, the notable contribution that Giani Stuparich has made to the literature of Trieste and Italian literature in general. The translations include his novel Ritorneranno (Ils reviendront, 1988), a description of the First World War, which claimed the life of his brother Carlo, alternating between the troops at the front and people waiting for news in the city; the disturbing story L’isola (L’Île, 1989), in which a sick father and his son arrive in Lusinpiccolo, an island off the coast of Istria (1990); Donne nella vita di Stefano Premuda (Femmes dans la vie de Stefano Premuda, 1990), containing texts that had appeared in the prestigious journal Solaria; Trieste nei miei ricordi (Trieste dans mes souvenirs, 1999), a look at the literature of Trieste through the cafés that were home to its protagonists, journals and friendships against the backdrop of the troubled events of history; and La guerra del ’15 (L’année 15. Journal de guerre, 2019), the humble, sober testimony of a volunteer who enrolled as as a simple soldier in the Italian army. His disenchantment, his moral and political rigour, characterised by both national ideals and humanistic and democratic values, his poems, published by Anita Pittoni in Lo Zibaldone, and his short stories, a large collection of which were published by Quarantotti Gambini in 1961 (Il ritorno del padre) all provide considerable material for future publishing initiatives.

The 1990s also saw the publication of translations of the works of the philosopher Carlo Michelstaedter, La persuasione e la rettorica (La Persuasion et la Rhétorique, 1989), Epistolario (Épistolaire, 1990), the Appendici critiche to La persuasione e la retorica (Appendices critiques à La Persuasion et la Rhétorique, 1994) and Dialogo della salute e altri dialoghi (Dialogue de la santé et autres textes, 2004). Michelstaedter was a posthumous author, not just because he had not published anything before committing suicide at twenty-three years of age, after having just finished the Appendici critiche, but also because of the time it took for his works to be taken into consideration, as this did not happen until the 1970s, when there was a rediscovery of the Mitteleuropa cultures from the beginning of the century. In a Gorizia where the famous glottologist Graziadio Isaia Ascoli was born and where philosophers and scholars of German studies, including Enrico Mreule and Ervino Pocar, would meet, and whose Jewish community was almost entirely exterminated during the Second World War, including Emma Luzzatto, Michelstaedter’s mother, and one of his sisters, this radical work, tending towards the absolute, in search of the most intense light, was conceived in Greek, the mother tongue of Western culture. A reader of Plato and Aristotle, Michaelstaedter did not assess antiquity using the scales of value of his own time, but rather measured modernity with the yardstick of ancient wisdom.

Two anthologies, Dans le silence le plus tendu (1983) and Les Litanies de la Madone et autres poèmes spirituels (2020), the former translated by Laïla Taha-Hussein and the latter by myself, give voice to the powerful, sensual song of the poet from Grado, Biagio Marin, whose works, which, like an island, form a single block, reverberate in a dialogue of wonderfully coloured motifs, making use of the same words, a few hundred or so, but definitely fewer than a thousand, and a metric form, the quatrain, borrowed as a model from popular sources. Pier Paolo Pasolini also saw Marin as someone who was “blocked”, whose genre was litany, a mirror of the centuries and years that, like the hours, were immutable: the “non-time” of the sea, sky and sand is of the lagoon, sub specie aeternitatis, as if this world and the hereafter were but one thing.

In 2015, Virgilio Giotti’s Appunti inutili (Notes inutiles) were published – pages from a diary, the subject of which is a father mourning the death of his two sons, who disappeared during the campaign in Russia. Giotti is the poet of the humble, the vanquished, of the ethics of poverty, of the simple beauty of the world, of its transience and vanity, of the relentless passing of the hours, of the intrinsic solitude of existence, of the universal suffering of humankind, of a despair stoically accepted and of a restraint imbued with vivid, fierce attacks of melancholy. For this povero alegro (happy unfortunate person), what is most important is the tenderness he feels for his loved ones and its extreme manifestation – compassion. This is how Giotti, discreetly, sings the home, the shadows that inhabit it, the flowers and objects, harmonious and sober, that provide a semblance of order, the vanished desire to be close to his loved ones, and the follies and tragedies of domestic life.

Finally, the author now embodying the literature of Trieste is Claudio Magris, whose first work appeared in French in 1987, Illazioni su una sciabola (Enquête sur un sabre), before Jean and Marie-Noëlle Pastureau translated most of his subsequent works, both fiction and non-fiction. Whether he follows the meanders of a river and, through this, depicts a Mitteleuropa with wounds that have never healed, so diffident towards history that it yields to what is possible rather than to what is real (Danubio, Danube, 1988), or studies modern Austrian literature under the lens of the supranational state wanted by the Habsburgs, of its collapse in 1918 and its late tremors (Il mito absburgico nella letteratura austriaca moderna, Le Mythe et l’Empire dans la littérature autrichienne moderne, 1991), or writes about the peregrinations of Enrico Mreule, a follower of Michelstaedter, from Patagonia to Istria (Un altro mare, Une autre mer, 1993), or measures the Nietzschean crisis at the end of the nineteenth century as the revolt of life against culture, and the laying bare, neither regressive nor irrational, of its contradictions, and the search for new models (L’anello di Clarisse, L’Anneau de Clarisse, 2003), Magris, using his erudition and the clarity of his language, is aiming towards a truth as regards Trieste: “Svevo, Saba and Slataper are not so much writers who were born in it and from it as writers who generated and created it, gave it a face, which otherwise, in itself, as such, would perhaps not exist”.

Let us hope that future translations enable other, as yet unheard, voices of Trieste to emerge.