Close
In other languagesInsights
12 July 2021

Elsa Morante in other languages

The international success of the books of Elsa Morante (1912-1985) more or less mirrors her publishing success and popularity in Italy. After the lukewarm reception of Menzogna e sortilegio (1948), L’isola di Arturo (1957) was immediately successful, thanks also to its being awarded the prestigious Strega Prize, which also gave her greater visibility abroad. Her standing abroad was further enhanced after the publication of La Storia (1974), which was successful in terms of both popularity and sales, paving the way for her penetration of the European book market with her last novel, Aracoeli (1982). This success also contributed (though to a lesser extent) towards the rediscovery of her debut novel, which remains, however, Morante’s least translated book.

There were only two translations of Menzogna e sortilegio in the 1950s: the American edition published in 1951 and the German edition published in Zürich in 1952. This edition, translated by Hanneliese Hinderberger (who would later also translate La Storia in 1976), was subsequently published by the prestigious Suhrkamp Verlag (from 1981), with an afterword by Dominique Fernandez. There was a totally different reaction to her book in America, translated by Adrienne Foulke, with the editorial assistance of Andrew Chiappe, and published by Harcourt Brace following the intervention of William Weaver. Published under the title House of Liars, the book was a total failure. Morante was very unhappy with the translation, not just because of the many inaccuracies, but, above all, because of the major cuts imposed on her novel, which was abridged by almost 20%. After almost 70 years, a new translation is planned for The New York Review of Books. Menzogna e sortilegio is still today the least translated of Morante’s novels, even less translated than the collection of short stories Lo scialle andaluso. The novel was only rediscovered after L’isola di Arturo (the novel which brought her domestic fame and opened the door for her in many parts of Europe) was translated into French in 1967 (by Michel Arnaud, but with significant editing for Gallimard’s prestigious “Du monde entier” series) and Polish in 1968 (by Zofia Ernstowa, with the poetic inserts entrusted to Jerzy Kierst). Only after the author’s death was the book published in Danish (1988, translated by Jytte Lollesgaard), Hebrew (2000, translated by Miryam Shusṭ erman-Padovano) and Spanish (2012, translated by Ana Ciurans Ferrándiz, and republished in 2017 with a foreword by Juan Tallón). In 2019, the publishers Kastaniotis announced the imminent release of a translation into Greek, while translations are also underway into Dutch (as part of a larger publishing project to publish all of Morante’s novels being carried out by Wereldbibliotheek) and Macedonian. The reception of Morante’s works in the Balkans is rather different, however, as the first of her novels to be published in that region was, in fact, Menzogna e sortilegio (published in Yugoslavia, in 1972, in Serbo-Croatian, in its Cyrillic version by Miodrag Kujundzić and Ivanka Jovičić), with the rediscovery much later of Isola di Arturo and La Storia (both were published in 1987, in, respectively, Serbia, translated by Jasmina Livada, and Bosnia, translated by Razija Sarajilić), and, in 1989, of Lo Scialle andaluso (published by the Serbian publishing house Gradina and translated by Ana Srbinović and Elizabet Vasiljević).

The international success of L’isola di Arturo [Arturo’s Island] was more straightforward, with the book translated into fourteen languages within ten years of its publication in Italy. It was almost immediately available in Scandinavia, with the Finnish translation published in 1958 (Alli Holma) and the Swedish translation (Karin Alin) and Norwegian translation (Hans Braarving) in the following year. Between 1959 and 1960, the book was also translated into German (Susanne Hurni-Maehler, who, in 1985, also retranslated Lo scialle andaluso, the first German version of which, translated by Kurt Stoessel, was published in Switzerland in 1960), into English (by Isabel Quigly for Collins, with a new translation in 2019 by Ann Goldstein, the American translator of Elena Ferrante, who also has in the pipeline a new translation of La Storia [History: A Novel]), into Spanish (Eugenio Guasta in Argentina, with a version published in Catalan, translated by Joan Oliver, in 1965), into Polish (Barbara Sieroszewska) and Dutch (J.H. Klinkert-Pötters Vos). During the 1960s translations were also published in French (in 1963, Michel Arnaud, who subsequently also translated Menzogna e sortilegio in 1967 and La Storia in 1977, while her collection of short stories Lo scialle andaluso were translated by Mario Fusco), in Japanese (Teruo Ōkubo), in Hungarian (Éva Dankó), in Portuguese (Hermes Serrão in 1966, with a new translation by Loredana de Stauber Caprara and Regina Célia Silva published by the Brazilian publishing house Berlendis & Vertecchia in 2003), in Romanian (Constantin Ioncică – still Morante’s only book to be translated into Romanian, though there should soon be available a translation of La Storia), in Korean (1989), in Macedonian (2017, Nenad Trpovski), in Turkish (2007, Şadan Karadeniz, who ten years earlier had also translated Lo scialle andaluso) and in Albanian (2019, Shtëpia Botuese). Translations of L’isola di Arturo are currently underway into Georgian and Czech, while Morante’s first book to be published in Lithuanian will also be L’isola di Arturo (Alma Littera).

Morante’s first book to be published in Denmark was La Storia (1977), translated by Jytte Lollesgard, who went on to complete the translations of all Morante’s novels into Danish (L’isola di Arturo in 1984, and Menzogna e sortilegio and Aracoeli, both published in 1988), as well as her collection of short stories Le straordinarie avventure di Caterina (1989). In Slovenia, the international success of La Storia curiously led to L’Isola di Arturo being rediscovered (1976, translated by Cvetka Žužek-Granata), while Aracoeli (1993) and La Storia (2006), translated respectively by Srečko Fišer and Dean Rajčić, did not appear until after the author’s death.

Two translations of La Storia deserve a special mention: the American translation, because it was followed closely by Morante, and the Spanish translation, because of the controversy it caused. In America, the book was translated by William Weaver and published by the Franklin Library First Edition Society, with an invaluable preface by Morante, who negotiated with her literary agent Erich Linder for the punctuation in the book’s English title. The Spanish edition (1976, translated by Juan Moreno), on the other hand, was publicly criticised by the author, who accused the publishers Plaza y Janés of having censored her book, though an uncensored version of the book did not become available in Spanish (translated by Esther Benitez) until 1991. This translation was subsequently revised in 2008 by Flavia Cartoni, who also wrote a foreword to the novel.

Before the author’s death, La Storia was translated into twelve languages (in addition to the English and Spanish versions, there were also translations into French, German, Portuguese, Dutch, Finnish, Danish, Swedish, Norwegian, Japanese and Chinese), with the book translated into another five languages by the end of the 1990s (Serbian, Czech, Hebrew, Turkish and Greek). Other languages have been added during the last twenty years, including Russian, Hungarian and Macedonian, but also Persian and Slovak (with La Storia being Morante’s only work to be published in these two languages in, respectively, 2003 and 2010). Curiously, the book has not been translated into Polish, but it has been recently translated (or is being translated) into Albanian, Rumanian, and even Arabic and Georgian.

Despite Morante’s well-established international reputation, Aracoeli did not achieve the same international reach. In 1984, the novel was translated into English, Spanish, German, Norwegian and French (by Jean-Noël Schifano, with the novel awarded the prestigious Prix Médicis étrangers) and, in 1985, into Swedish. Not until after her death was the novel also published in Finnish (1987), Danish and Czech (1988, when the Czech translation of La Storia was also published) and Slovene (1993). Aracoeli was Morante’s first work to be translated into both Greek and Hebrew. In Israel the translation of Aracoeli (1989, Miryam Shusṭ erman-Padovano) was followed, in 1994, by Lo scialle andaluso (Orah Ayal) and, going backwards, Morante’s other novels (La Storia, translated in 1995 by ʻImanuʼel Beʼeri; L’isola di Arturo and Menzogna e sortilegio, both translated by Miryam Shusṭ erman-Padovano and published in, respectively, 1997 and 2000). In Greece, the translation of Aracoeli (1989) paved the way for a very positive reception of Morante’s work and, in addition to the translations of her major novels and collections of short stories, there is one of the very rare translations of Il mondo salvato dai ragazzini (1996) and of the even less translated Lettere ad Antonio (published posthumously in Italy, edited by Alba Andreini, with title Diario 1938), which, besides Greek, can only be read in German and French.

Less successful, but nevertheless satisfactory, was the publication internationally of her collection of short stories Lo scialle andaluso (which have still not been translated into English), which were almost immediately translated into French and German, and then, during the 1980s, into Turkish, Estonian and Serbian. They can now also be read in Hebrew, Dutch, Spanish, Japanese, Albanian and Russian (the stories from Lo scialle andaluso and La Storia are Morante’s only works to be translated into Russian). They will soon be published in Portuguese, too. There are fewer translations of her short stories that were published posthumously. Racconti dimenticati have been translated into German, Greek, French and Dutch (in Dutch these short stories were published together with those from Lo scialle andaluso), with a Hebrew version currently underway; while Aneddoti infantili have only been translated into French (2015, Claire Pellissier). The collection of short stories for children, Straordinarie avventure di Caterina, have been fairly successful, however. They were translated almost immediately into Japanese and Hungarian, and, after the author’s death and during the 1990s, into French, Swedish, Danish, Spanish, Norwegian and German.

There are very few translations, however, of Alibi, the short collection of poems published by Longanesi in 1958. It was translated into French in 1999 (Jean-Noël Schifano, in a bilingual edition) and into Dutch in 2012 (Jan van der Haar, with the original and translation on opposite pages and a postword by Gandolfo Cascio, who was awarded the Morante Prize in 2016 for promoting Morante’s work in the Netherlands). Some individual poems have been translated, usually in magazines, as in the case of the poem that gives its name to the collection, which was translated into Polish in 1989 by Konstanty Jeleński, a friend of the author. Equally unsuccessful, partly because of the unusual form of the poems and their linguistic and conceptual complexity, and partly because they did not appeal to readers, is Il mondo salvato dai ragazzini (1968), which can only be read in French, Greek and English.

As for her literary and political writings, scant attention has been paid to Piccolo manifesto dei Comunisti (translated solely into French) and her sundry writings collected by Cesare Garboli in Pro o contro la bomba atomica e altri scritti, which can be read in German, French, Swedish, Spanish and Polish, and are currently being translated in Brazil. Her essay Sul Romanzo has been translated into Swedish, while her writings on Beato Angelico had already been translated in the 1970s.

While Elsa Morante’s minor works and poetry have a limited audience internationally, her novels, after she was awarded the prestigious Strega Prize and thanks also to the hard work of her literary agent Erich Linder, have received the attention they deserve (above all in France, Germany and Scandinavia, where they continue to be of interest). Moreover, following the author’s death, there have been publication projects in countries such as Israel, Greece and the Netherlands, to publish her complete works, some of which are nearing completion. The translation licences, some of which have been granted quite recently, confirm the continuing popularity of one of the most representative – and most represented – voices of twentieth-century Italian literature, with at least one of her works being translated into more than thirty language and whose books are distributed in all five continents. 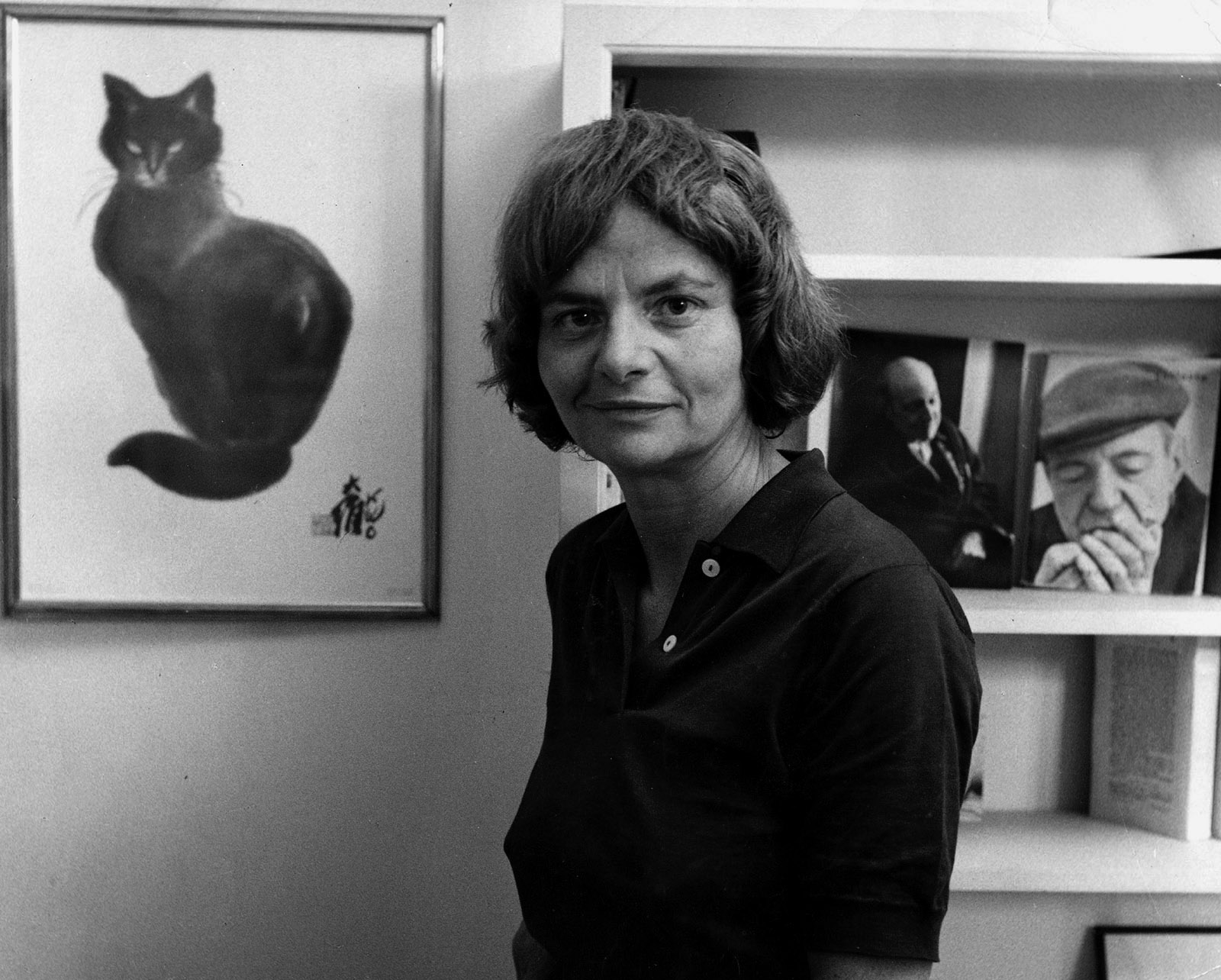