Giorgio Bassani in other languages 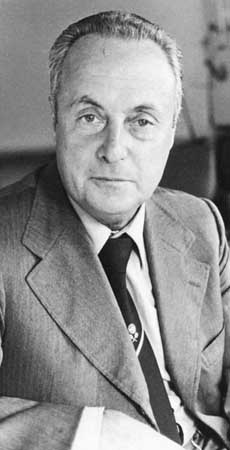 To mark the centenary since Giorgio Bassani’s birth, in 2016, a series of conferences, study days and editorial initiatives took place, reflecting the distribution of his works abroad. The overall balance is more than comforting: the dissemination of his works around the world continues to grow, not just in Europe, but also beyond Italy’s borders, as can be seen by the recent first Chinese editions (2014) and Turkish (2015) of The Garden of Finzi-Contini.
The European dimension of Bassani’s writing, supported by a continuous comparison with the western literary tradition, from France’s seventeenth century to Robert Louis Stevenson, from Thomas Stearn Eliot to the nouveau roman, was also projected towards an international horizon, as is confirmed by the author’s statement in 1987: “In the Ferrara novel there is my message to Europe, the profound meaning of my moral and civil commitment”.
This aspiration was already evident long before the success of Five Stories of Ferrara. Following the release of the novella Storia d’amore on “Botteghe Oscure” and, thanks to the mediation of Marguerite Caetani, Bassani managed to publish the translation (Love story) in the US magazine “World Review”, followed shortly after by The Stroll before Supper, which was quite successful amongst the critics. After these initial experiences, Bassani payed careful attention to the editor’s choice, especially the translator. This attention prevailed over the years and culminated in a right to inviolability (as evidenced by numerous epistolary testimonies kept at the Giorgio Bassani Archive in Paris), if the translation was, in his opinion, inadequate: this explains why the Five Stories made its appearance quite late in the French literary panorama. A volume was only released by Gallimard in 1962. It also included The Gold Rimmed Spectacles and had the title Les lunettes d ‘or et autres histoires de Ferrare.

After the publication of Five Stories from Ferrara (1956), Bassani multiplied his efforts to make his work known outside Italy. Encouraged by the Strega Prize he had received, he sought the collaboration of the International Literary Agency, finding unconditional support in his director, Erich Linder. He was primarily focused on the United States, only to be initially disappointed: the literary agent he had contacted declined the proposal on the grounds that the short stories were not suitable for the American audience, which was much more sensitive to wider themes than those covered in the novel. As if to confirm this evaluation, the subsequent publication of The Gold Rimmed Glasses was received with great interest, followed by a shower of requests from all over the world, so much so that Bassani announced to his publisher that he finally felt like “a real international writer “. The Gold Rimmed Spectacles was published in Britain and the United States in the version of Isabel Quigly in 1960 (London, Faber & Faber); in the same year in Germany, translated by Herbert Schluter (Ein Arzt aus Ferrara, München, R. Piper & Co. Verlag) and in Argentina (Los anteojos de oro, Buenos Aires, SUR).
On 9 February 1962, the Garden of Finzi-Contini was published by the Einaudi publishing house in Italy. The novel was a huge success, selling one hundred thousand copies in five months and won the Viareggio Prize. On May 28, 1965, Bassani received the first copy of the American edition, translated by Isabel Quigly (London, Faber & Faber). From that date, Bassani’s works continued, steadily, to be distributed beyond the Alps: the first distribution basin was European, with publications in England, France, Spain, Portugal and in many northern countries (Sweden, Denmark, Holland, Norway, Finland ); but it also quickly reached Latin America, Israel and Japan. Behind the Iron Curtain, The Garden of Finzi-Contini was published in Hungary and Poland. The enormous success of the novel also meant that the Five Stories were finally translated in Spain (Historias de Ferrara, Barcelona, Seix Barral, 1967), Portugal and Brazil (Contos de Ferrara, Lisboa, Atica, 1964), as well as in the countries already mentioned: France, England (Prospect of Ferrara, London, Faber and Faber, 1962), Germany (Ferrareser Geschichten, München, R. Piper & Co. Verlag, 1964).

The strong propulsive thrust that characterized the diffusion of Giorgio Bassani’s work led also to films based on his novels or short stories, often produced in collaboration with other European countries: The Long Night of ’43 (co-production Italy / France, 1960); The Golden Glasses, Italian, French and Yugoslavian co-production of 1988; and of course Il Giardino dei Finzi Contini, made in 1970, which received an Oscar for best foreign film in 1972.
In 1968 Mondadori published The Heron, his last novel. It was awarded the Campiello Prize the following year. This work resonated worldwide and allowed Bassani to finally see his wish for a collection of his tales to come true. In 1971, an American edition of his short stories was published with a new translation, edited by William Weaver, under the title Five stories of Ferrara, at the Harcourt Brace Jovanovich publishing house in New York.
The last work to be published by the author was The Smell of Hay, a collection of short stories released by Mondadori in 1972. The diffusion dynamics of The Smell of Hay and the Five Stories of Ferrara are similar: both were translated shortly after in the European countries where Bassani’s fame was already consolidated: immediately in England, Spain and Germany in 1974, in France in 1979. In the United States, The Smell of Hay has only recently made its applaud with the late re-edition of Bassani’s opera omnia, promoted by Penguin, with a new (third) English translation provided by the English poet and writer Jamie McKendrick, which started in 2007 with The Garden of the Finzi-Contini.