Close
In other languagesInsights
10 February 2022

Giorgio Manganelli in other languages

In 1999, Ulrich Schulz-Buschhaus ended his essay, Editoria ed evoluzione dei generi, highlighting the importance of the issue of translatability within the dynamics of publishing mediation typical of a “post-avant-garde” literary system, while at the same time stressing the need to ensure the necessary space for what might be termed “untranslatable” literature: “Because it is also possible that, in the long run, what cannot be translated may help to broaden intercultural communication”.

The translations of the works of Giorgio Manganelli (1922-1990) into other languages provide an ideal point of observation to assess, with the benefit of hindsight, the ability of an Italian author, who at least at first sight could be defined as untranslatable, to succeed abroad. His fortune outside of Italy is limited enough for it to be able to be described in a fairly summary fashion. This onerous label of untranslatability applied to Manganelli’s works would seem to be most justified when referring to the books that helped make him, in Italy during the 1960s, one of the stand-out prose writers of the Neoavanguardia – I am referring, in particular, to Hilarotragoedia (Feltrinelli, 1964) and Nuovo commento (Einaudi, 1969).

If we consider these two works, the most radical “pseudo-treatises” of his early production in terms of both their syntactic and lexical difficulties and their re-using of genre in an anti-novel way, an interesting asymmetry emerges between the fortunes of these two books abroad. Hilarotragoedia was first translated into German in 1967, with the title Niederauffahrt, by Toni Kienlechner for Wagenbach, which for the next thirty years would be the most attentive foreign publisher with regard to Manganelli’s development. Indeed, in 1970, it published the only foreign translation, once more by Kienlechner, of Nuovo commento (Omegabet), highlighting how German was the only language to welcome Manganelli’s works from the second half of the 1960s till the end of the 1970s.

The greater interest shown by foreign publishers in Hilarotragoedia compared to Nuovo commento is revealed by the three other translations available, all published after its first Adelphi edition (1987): the Brazilian edition (Imago, 1993), the Spanish edition (Siruela, 2006) and the more recent Belgian edition (Zones sensibles, 2017). In general, the scant attention paid to Manganelli’s books with the most hybrid morphology is confirmed by the fact that a work such as Discorso dell’ombra e dello stemma (Rizzoli, 1982) has suffered a similar fate to Nuovo commento, having only been translated into French (Seuil, 1987).

Macroscopically, it can be seen that most of the translations were published during the last fifteen years in which Manganelli was writing and the ten years following his death in May 1990. There were around fifty translations during this period, but this boom period was followed by a distinct decline during the first twenty years of the new millennium (around thirty translations). This means that the gradual development of Manganelli’s posthumous bibliography has not been matched by the number of translations.

Another interesting fact is that the increase in the translations of Manganelli’s works observed as of the second half of the 1980s only occurred after publication of Centuria. Cento piccoli romanzi fiume (Rizzoli, 1979), one of his most successful titles from a publishing point of view and not just in Italy. The turning point in Manganelli’s fortunes abroad was the French translation – the first of any of his works into this language – of Centuria by Jean-Baptiste Para, published by W in 1985 with the title Centurie: cent petits romans-fleuves, containing a foreword by Italo Calvino, in which he presents not only the book to French-speaking readers, but also its author.

The Adelphi edition of Centuria (1995, with notes to the text by Paola Italia) contains the Italian original of this brief description of Manganelli, in which Calvino presents Manganelli as a prose writer with an original synthesis of tradition and avant-garde: “the most Italian of writers and, at the same time, the most isolated in Italian literature”. A quick glance is sufficient to see why this was – by far – the most translated of Manganelli’s works: from his writing, which, to use the words of Calvino once more, was “concise and essential”, so different from that in his previous books, to the particular morphology that makes Centuria difficult to differentiate from the successful combinatory experiments of the Oulipo group.

Looking through the list of translations of Manganelli’s works, his lack of success in the English-speaking world is evident, depriving him, globally speaking, of access to the greatest number of potential readers. This is a curious fate, given Manganelli’s career as a critic, reviewer, teacher and translator of English and Anglo-American literature. For the moment, there are just two translations, both by Henry Martin for the American publisher McPherson: Tutti gli errori (Rizzoli, 1986; All the errors, 1990) and Centuria (Centuria. One hundred ouroboric novels, 2005), to which must be added the recent translation of Agli dèi ulteriori (Einaudi 1972) by John Walker for the British publisher Atlas Press (To those gods beyond, 2019).

Something else that needs to be underlined is the not always symmetrical relationship between Manganelli’s current publishing presence in Italy and his translations. I am referring to the fact that some of his works published by Rizzoli, which were also successful abroad, are nowadays paradoxically not easy to find even for Italian readers. An example is Amore (Rizzoli, 1981), which has never been republished in Italy even though it has been translated in four countries (France, Germany, Portugal and Spain).

There are a number of curious episodes concerning the relationship that Manganelli had with his translations. An emblematic case is Manganelli furioso: Ein Handbuch für unnütze Leidenschaften (Wagenbach, 1985), put together by the author exclusively for German readers with the help of his usual translator, Marianne Schneider. The book consists of a selection of articles, commentaries and critical works that had already appeared in Italian journals, but had never been put together in a single publication. The publication in 1987 by Wagenbach of Giorgio Manganellis Lügenbuch, the second anthology produced specifically for the German market, edited by Klaus Wagenbach together with the author, with drawings by Tullio Pericoli, is further proof of the special ties that existed between Manganelli and his Berlin publisher.

Despite the fact that the studies on Manganelli in Italy have focused with ever greater clarity on his early and original activity as a reader, critic and translator of foreign literature, who also paid special attention to translation as a publishing consultant (see G. Manganelli, Estrosità rigorose di un consulente editoriale, edited by Salvatore Silvano Nigro, Adelphi, 2016), I believe that an in-depth study on how Manganelli was considered abroad is still missing. And yet, leaving aside his stylistically most difficult works, Manganelli still has a great deal to offer to non-Italian readers thanks to his tremendous versatility, which for the moment only seems to have been acknowledged in French-speaking contexts. His literary criticism and critical works in newspapers, but also his writings on art and travel writings, still await a more meaningful analysis, which could result in their being disseminated abroad, thereby revealing numerous facets of this elusive, multifarious author.

Translations of the works by Giorgio Manganelli

by Lietta Manganelli together with Michele Farina 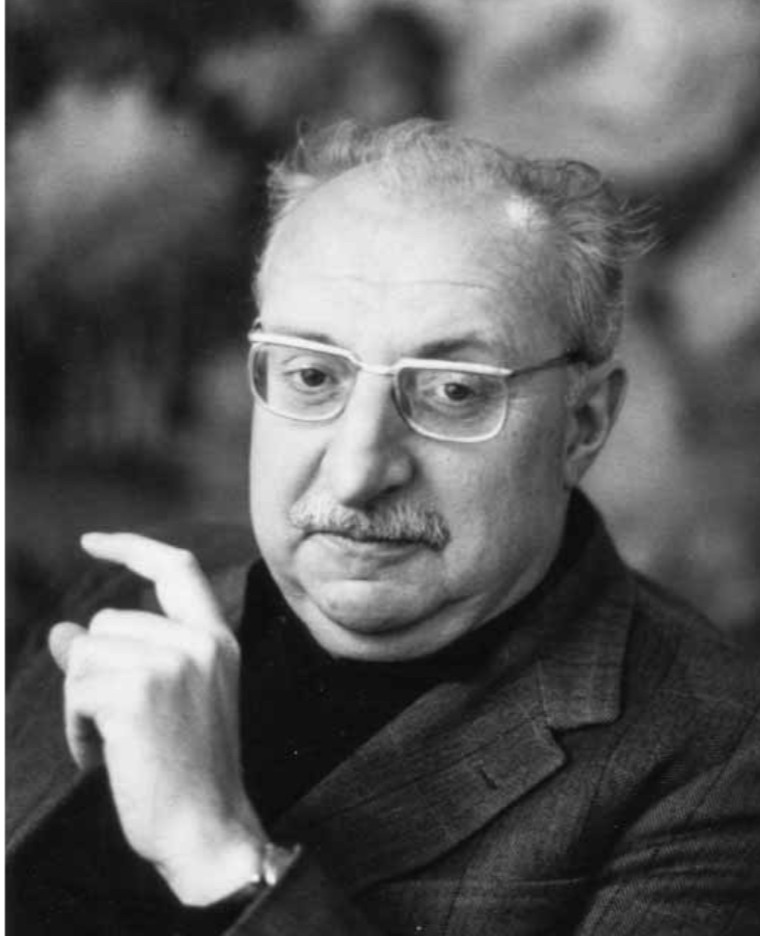