Close
In other languagesInsights
28 April 2020

Giovambattista Marino in other languages

The sparse bibliography of Giovambattista Marino’s translations reflects the ups and downs of the author’s fortune / misfortune, on whom there weighed a long sentence of critical disinterest, partly ascribed to Croce.
The was however a substantial change of approach in the Italian university world during the second half of the twentieth century and two editions of Adone, one, fundamental for its comments and notes, edited by Giovanni Pozzi, Milan, Mondadori, 1976 (with numerous subsequent reprints starting from 1988 for Adelphi); the other, edited by Marzio Pieri, Bari, Laterza, 1975-1977 (re-edited and revised, also from a philological point of view, in 1996 for the editions of the State Polygraphic Institute). At the start of the new century, a new edition of Adone was released, also edited by Marzio Pieri, Trento, La Finestra, 2004. And, even more recently, in 2013, the critical and commented edition by Emilio Russo, Milan, Rizzoli.

A significant fact arises from the catalogs of the world’s largest libraries: there is no recent translation into French of the whole Adonis, the only complete one: Adonis, poème héroïque, traduit en vers français, du cavalier Marin, dédié au Roy , par le président Nicole, dates back to 1662 (Paris, C. de Sercy)! In 2014, an excellent annotated partial translation of the first five poems in a bilingual edition was published (Paris, Les Belles Lettres) by Marie-France Tristan, a great Baroque specialist and a refined and original interpreter of Marino. It would be the first volume of five to come. The introduction is by Marc Fumaroli, of the Académie française.
The Madrigaux, trad. de l’italien et présenté par Jean-Pierre Cavaillé, is a collection of poems extracted from the second book of Rhymes and was published in 1992 in Paris by La Différence.
In the Anglo-Saxon world, however, there is a very recent translation (2019) of the entire poem: Adonis, translated with an introduction and notes by Thomas E. Mussio, Tempe, Arizona, Arizona Center for Medieval & Renaissance Studies. Previously there was only an illustrated twentieth-century anthology, consisting of selected passages from the poem with an introduction by Harold Martin Priest, Ithaca, NY, Cornell University Press, 1967. A parallel text publication of «The Suspicion of Herod», 1971, is also recalled (Lund, CWK Gleerup) by the poet Richard Crashaw (1613? -1649), contemporary of the cavalier Marino – with comments by Claes Schaar.
The same procedure can be found in the Germanic world. A twentieth-century publication of an ancient translation accompanied by a recent comment from a university critic. Verdeutschter Bethlehemitischer Kinder-Mord is the German translation of La strage degl’Innocenti by Barthold Heinrich Brockes (1680-1747), a famous poet and librettist, republished in 2012 in Göttingen (near Wallstein) by the scholar Jürgen Rathje. For bibliographical scruple, remember that there is an Italian edition of this translation Verdeutsches Kindermord des Ritters Marino by BH Brockes in Giambattista Marino, Panegirici & epithalami, edited by Diego Varini et al., Lavis (Trento), La Finestra, 2012. The edition of the 1655 translation into German of the Sferza, invective of GB Marino and the inclusion of the translation within the context of the Counter-Reformation in Vienna in 1655, is owed to another university academic, the Austrian Alfred Noe, professor of Romance languages at the University of Vienna: Giambattista Marino’s Wort-Zucht-Peitschen und die Gegenreformation in Wien um 1655. Textedition und Kommentar, Böhlau Verlag, Wien 2015. There is no trace of Adonis into German ….
Instead, the success of the Strage degli Innocenti (The Massacre of the Innocents) in Europe during the seventeenth century is still confirmed today by the reissue of its translation into Polish O zabiciu młodzianków by Radosław Rusnak, Warszawa, Wydawnictwo IBL, 2012. Finally, we recall the facsimile edition of the Amsterdam 1680 edition of La Novelletta. The Polish translation of Canto Quarto opposite Bajka, anonymous in the Polish “Psyche”: migrations of the fourth song of Adonis, edited by Luigi Marinelli, Parma, University, Faculty of Letters and Philosophy, Study Center of the Baroque Archive, Zadar, 1992. Also, thanks to Luigi Marinelli, an anonymous two-volume translation of Adonis is available in Polish. It is the first to be annotated by Marinelli himself, the second with a comment by Krzysztof Mrowcewicz, t. 1-2, La Fenice – IBL, Rome-Warszawa 1993 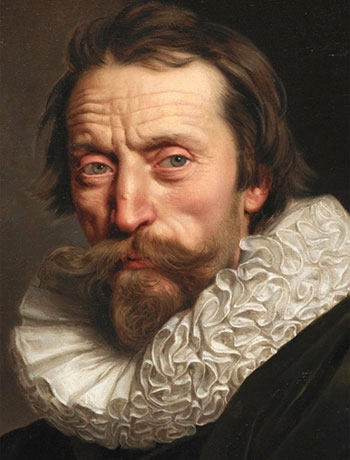