Giuseppe Dessí in Other Languages 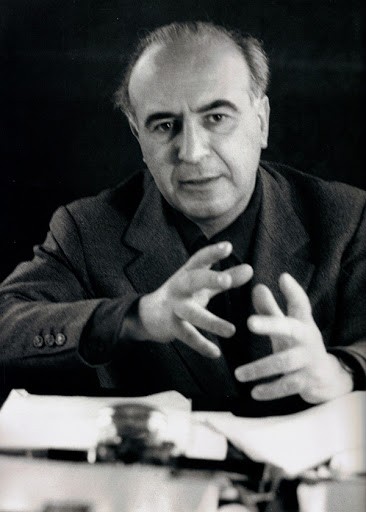 An idea as to how successful the works of Giuseppe Dessí (Cagliari, 1909 – Roma, 1977) have been internationally is provided by a book published in 2013 by FUP. Edited by Anna Dolfi, with contributions from Nicola Turi, Beatrice Sica, Marco Dorigatti, María de las Nieves Muñíz Muñíz, Susanne Kleinert, Inge Lanslots, Hanna Serkowska, Żaklina Wąs, Judit Józsa, Oleksandra Rekut-Liberatore and Elina Suomela-Härmä. Giuseppe Dessí tra traduzioni e edizioni constitutes a landmark in a long scholarly tradition, developed by generations of scholars, young researchers, publishers (cf. works published by Sef and Ilisso) and translators.
If one takes a look at the number of countries in which Dessí’s works have been translated, he is definitely not bottom of the list. His works have been translated into twenty-three languages in Europe, the Americas (United States and Argentina) and the Orient (from Turkey to the Arab-speaking world and China). French publishers deserve a special mention for their faithful pursuit of his works and the speed with which they have been translated. Elsewhere in Europe, it is interesting to observe the recent interest shown in the author in the Baltic and Slavic countries thanks to the active involvement in these countries of Anna Dolfi’s team from the University of Florence.
Looking at the map of countries in which Dessí’s works have been translated, there are still quite a few gaps (the Netherlands, for example). It is true, however, that, since the middle of the last century, the dissemination of Dessí’s works abroad has been limited to a small number of his works: one play, four novels and a total of thirteen short stories, which have appeared individually in translaion in anthologies or magazines. The only exception is the collection of short stories Lei era l’acqua (1966), which was translated in its entirety into Romanian with the title Ea era apa by Anca Giurăsku and Constantin Streia (for Pentru Literatură Universală) in 1969.

Dessí’s first period of fortune abroad was during the 1940s-1960s, namely during the period in which he was writing. The translations more or less followed his publications in Italy, with the odd delay and occasional omission.
As for his works for the theatre, or, rather, his narrative experiments that gradually turned into plays, only La giustizia, which first appeared in 1957 in Botteghe Oscure was translated: into German by Ursula Schuh (Kurt, 1960) and into Czech by Zdeněk Digrin (Dilia, 1976). David Paul did, however, also translate and adapt the play for radio. Broadcast by the BBC on 18 and 20 May 1958, it was apparently very well received.
His short stories, above all those that were published in Bassani’s Botteghe Oscure or were mentioned in articles by Niccolò Gallo in L’Âge nouveau during the early 1950s, appeared in translation in various types of publications: anthologies (such as Caetani’s An Anthology of New Italian Writers in 1950) or, more frequently, magazines, sometimes in quite unexpected geographical and linguistic areas. Innocenza di Barbara, for example, appeared in translation in Albania in 1943, while there were a whole series of translations of Fuga, La mia trisavola Letizia and Isola dell’Angelo into French, English, Polish, Hungarian, German, Swedish and Danish during the 1950s and 1960s.

Over the years, however, international publishers have mainly focused their attention on Dessí’s novels. San Silvano (The House at San Silvano), which was published in 1939, was translated into English by Isabel Quigly (Harvill Press), but only in 1966. I passeri (1955) was translated into Hungarian by Zoltán Számboki for Európa in 1968 and into Czech by Cyril Kříž for Odeon in 1972. Il disertore (The Deserter), on the other hand, with its simple style and great human compassion in the face of the suffering of the First World War (1961), appeared in translation in the United Kingdom, the United States and Switzerland in 1962, France in 1963, Hungary and Argentina in 1964, the Netherlands in 1965, and Germany and Romania in 1969. There were as many as eleven translations of Dessí’s probably best-known work, Paese d’ombre (The Forest of Norbio), which was awarded the Strega Prize in 1972 (it was translated into Slovakian, Polish, English, Czech, Romanian, Spanish, Finnish, Hungarian, French and Turkish).

In the 1980s and 1990s two further novels were published in translation, obviously with a certain delay compared to the original date of publication: San Silvano in France in 1988, translated by Gilberto Rossa and Bernard Simeone (for Verdier, with an introduction by Anna Dolfi); and Paese d’ombre in Hungary in 1988 (translated by Mária Merle for Európa Könyvkiadó), in France in 1991 (translated by Suzanne Charre and Christine Grillon for Actes Sud) and in Turkey in 1996 (translated by Gülbende Kuray for İmge Kitabevi).
There have been a couple of important developments of late, with published translations, one after the other, of San Silvano into Swedish by Johanna Hedenberg in 2011, with an introduction by Anna Dolfi (in the series “Cartaditalias bokserie”, directed by Paolo Grossi for the Italian Cultural Institute “Carlo Maurilio Lerici” in Stockholm) and into Ukrainian by Oleksandra Rekut-Liberatore (a researcher from Anna Dolfi’s Florence School), which was published in the March-April 2012 edition of the magazine “Vsesvit”.
A Lithuanian version of Il disertore, translated by Birutė Žindžiūtė-Michelini, was published in 2013 by Charibdè, once more with an introduction by Anna Dolfi, while in 2014 Laura Dolfi included in her volume Tradurre il Novecento (saggi e antologia di inediti), published in Parma by MUP, translations of the short stories Il cacciatore distratto and Un canto into French, Spanish, Portuguese, English, German, Lithuanian, Russian, Arabic and Chinese.