Close
In other languagesInsights
7 June 2022

Grazia Deledda in other languages

The publishing success abroad of the work of Grazia Deledda (Nuoro, 1971 – Rome, 1936), the only Italian female writer to have been awarded the Nobel Prize for Literature (1926), has gone through alternating phases. The years before and after the award were marked by the greatest number of foreign editions. While attention subsequently waned, there has recently been a resurgence of interest in several countries. Her most translated titles are: Honest souls (1895), Elias Portolu (1900/1903), Ashes (1904), Reeds in the wind (1913), The Mother (1920) and Cosima (published posthumously in 1937).

Among European nations, France was the first to offer translations of the Sardinian author’s works, starting in 1899, when the novel Honest souls was translated by Fanny Rivière under the title Âmes honnêtes (Librairie A. Cote-A. Effantin). This first French edition was followed by others, such as Elias Portolu in 1903 (ed. C. Lévy), and Cendres (Ashes) in 1905 (ed. C. Lévy), both translated by Georges Hérelle, who is known for having introduced the works of Gabriele d’Annunzio to France.

In the same years, interest in Deledda’s work was also strong in Spain, where several titles came out almost at the same time as the Italian edition, as in the case of Nostalgie (Nostalgia, 1905) published in the same year; Cenizas (Ashes) in 1906; Los Humildes (Honest Souls) in 1907; Entre la fé y el amor (To the border) and Después del divorcio (After the divorce) in 1914; Elias Portolu (1920). After being awarded the Nobel prize, in 1928, her novel  Mariana Sirca (Marianna Sirca) was published. Translations came to a halt between 1928 and 1944, but resumed over the next twenty years, when many new editions were published, including the two volumes of Obras escogidas by Aguilar (1955). In 1983, the translator Maria Teresa Navarro offered a new translation of the novel Cosima, published by Espasa Calpe and reissued in 2007 by Nórdica Libros.

The start of the new millennium marks a revival of attention, particularly evident in France. It is important to highlight the commitment of the young publishing house Cambourakis, founded in 2006, which presents several titles by the Sardinian author. Le Pays sous le vent (1931) and Braises were published by Cambourakis in 2018 in translations by Fabienne Andrea Costa and Chiara Monti. Léa Fazer’s translation of Elias Portolu, which dates back to 1997, was republished in 2019; the same year also sees the publication of the translation of The Mother (1920) (Dans l’ombre, la mère) by Fabienne Andrea Costa and Myriam Chyens-Condé. Grazia Deledda’s latest publications from Cambourakis are La Lierre sur l’arbre mort, 2020 (Ivy, 1908) and Cosima (2021), the latter translated into French for the first time by Jeanne Macocco.

In the English-speaking world too, there are two distinct phases: the first, between 1905 and 1928, and the second, more recent, between 1985 and 2006. Editions in Italian with glossaries and explanatory notes in English date from the years between these two phases (Marianna Sirca, in 1940, Reeds in the wind, in 1964, The old man from the mountain, in 1931 and Tale of the mouflon, in 1947).

The most recent translations of Deledda’s works into English were made by three American scholars, who also dedicated a significant analysis and teaching activity to the work of Grazia Deledda: Martha King (Gonzaga University), Jan Kozma (University of Pennsylvania) and E. Ann Matter (University of Kansas). Martha King translated Cosima, published by Italica Press in 1988 and republished in 2009; Elias Portolu (1992), Chiaroscuro (Chiaroscuro and Other Stories) in 1994 and Canne al vento (1913) (Reeds in the Wind) in 1999. The Church of Solitude (La chiesa della solitudine, 1956), on the other hand, was translated in 2002 by E. Ann Matter, while the translations of Cenere (Ashes), published in 2004, and Marianna Sirca, in 2006, are by Jan Kozma. Also worth mentioning is the translation of The mother into Irish by Maire Nic Mhaolàin under the title An Mhàthair, published by Coiscéim in 1985.

The first German translation of a work by Deledda was published in 1903 by Reclam. This  is a collection of short stories entitled Versuchungen und andere Novellen (Le tentazioni, 1903) translated by Emma Müller-Röder. In 1951, the publisher Manesse published Schilf im Wind (Reeds in the Wind), translated by Bruno Goetz (reissued with a new commentary in 2021, on the 150th anniversary of the writer’s birth). Towards the end of the 1980s, a few new translations of Deledda’s works began to be published, including Reeds in the Wind (Schweres Blut) in 1987, by Dorothea Radke, published by Greno.

In the 1990s, the publishing house Ulstein published Cosima (1991), translated by Birgit Klarner, and Arche published La madre (1996) and La via del male (1996), both translated by Hans-Norbert Hubrich. 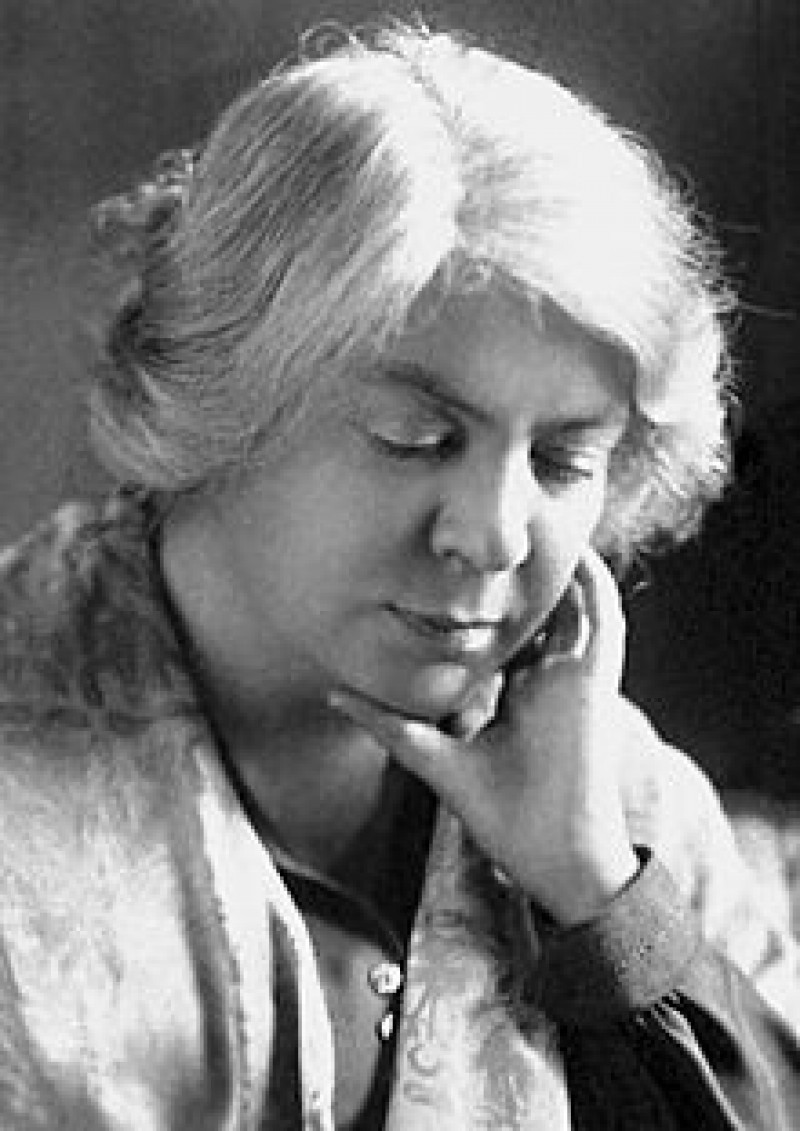