The website is under construction. We apologize for any inconvenience.
Home / Books/ Children/ I bambini raccontano la Shoah (Shoah Narrated by Children)
BooksChildren 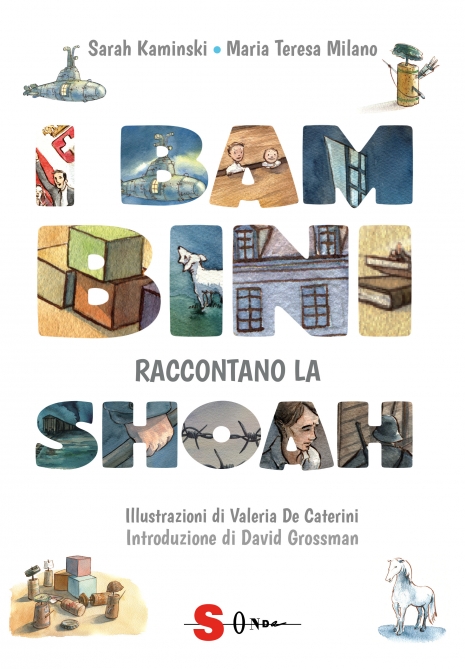 A must-read, for not forgiving a million and a half of kids that had torn up their childhood. With touching stories and testimonies, worksheets and unpublished historic and artistic material.

Nurturing the memory of children and kids is responsibility of every adult, at home, at school and in every development place. Thanks to this book, the younger readers can find the direct testimonies of those who lived the tragedy of Shoah.

Two autobiographical experiences, by Lia Levi and Uri Orlev, drag the reader between hopes and fears of the children who were victimes of the racial persecution.

Ela and Marian Kaminski, Polish Jewish, tell us how, after the war, managed to reconstruct their life. And their daughter, Sarah Kaminski, inherits from them and gives to us the bitter tale of the Łódź ghetto, sadly known for the child labour.

Then, Maria Teresa Milano opens the doors of the Terezín fortress, the ghetto in which several persons risked their life to protect the kids from the Nazi insanity.

Finally, the story by Cesare Alvazzi Del Frate, a partisan during the Fascist regime. He is one of the last testimony of the bravery to take position against the hate of a totalitarian regime, and defending the freedom of all.

With the preface by David Grossman.

Sarah Kaminski, teacher of Modern Jewish at the University of Turin and translator, specialized in Shoah Teaching at the Yad Vashem’s School, Jerusalem. She works with historical institutes and cultural associations.

Maria Teresa Milano, graduated in Jewish Philology, with a course in Jewish Studies and a specialization on The Music of Shoah, is authoress of essays and dramatic-musical performances and one of the most important expert in Jewish culture.