The website is under construction. We apologize for any inconvenience.
Home / Books/ Non-fiction/ Il genio delle donne (The genius of women)
BooksNon-fiction 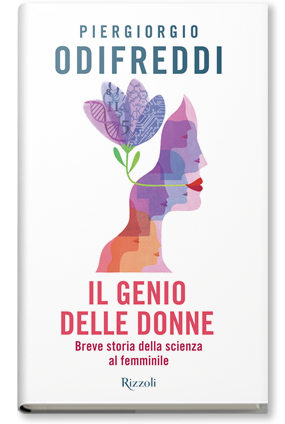 Italy’s most popular mathematician constructs a fascinating series of portraits showing the feminine contribution to science.

A journey into science for women, but for use and consumption of an audience without gender distinctions. If anything with some brain distinction.

The first is Hypatia, an eclectic astronomer and a scholar in the cultural town of Alexandria between the IV and the fifth century, a victim of a pogrom ante litteram. Then there is Ildegarda, the visionary who sensed the importance of the body (an idea that was dangerously non-comformist in the Middle Ages), but also Madame de Châtelet, companion of Voltaire, and Sophie Germain, a friend of Gauss, both passionate about science and non-conformist women in the Age of Enlightenment.This is just the beginning of a wonderful, out of ordinary parade of women who are not the classic top models but brilliant minds that should be considered ‘actual models’ by both sexes. This parade becomes more and more crowded as it gets closer to date, thanks to the fall of the sexist stereotypes and access barriers to scientific studies over the years.With masculine admiration, Odifreddi goes through the lives, the difficulties, the blows of genius, the absolute dedication and the freedom of thought of figures such as Rita Levi Montalcini and Maryam Mirzakhani (first woman honoured with the Fields Medal), Marie Curie and the astronaut Judith Resnik, the unbeatable chess player Judit Polgár and the Chinese pharmacist Tu Youyou, Nobel Prize in Medicine. In his unmistakable style, Piergiorgio Odifreddi offers everyone stimulating and progressive reading, proving that science and mathematics are not reserved for men only.