Interview with Alon Altaras, the translator of Elena Ferrante into Hebrew

“Rarely has a writer who does not want to appear, who decides to remain in the shadows, contributed so decisively to the fame of her translator. Elena Ferrante changed my life”, declared Alon Altaras calmly, but enthusiastically. Born in 1960, he has been working tirelessly for decades to bring Italian literature to Israel in Hebrew: the thousands-of-years-old language of the Prophet Isaiah and Amos Oz, which has remained basically the same.

Alon Altaras now lives between Venice and Tuscany, where he teaches at the University of Pisa. He also has a blog on both the Italian daily newspaper Il Fatto and the prestigious Israeli daily newspaper Haaretz. In 2003, he won the MIBACT Translation Prize (awarded by the Italian Ministry of Cultural Heritage), and, in 2006, he was awarded the Order of Merit of the Italian Republic by President Napolitano. “But the greatest debt”, he insisted on telling us, “I owe to my mentor, Tullio De Mauro”, who guided him while he was studying for his Master’s, but, most importantly, started him on his splendid career as a translator.

Before talking about Ferrante and, above all, your “adventure” with the books of this author, who is as little-known as she is universally famous, let’s talk about Italian literature in Israel and the translations there from Italian.

I’d say the state of the art is very good! Italian literature is pretty well translated, both classics and new authors. A lot of translation work was carried out by the late Gaio Sciloni, who was also one of a very small number of translators able to work in both directions, from Italian into Hebrew and vice versa. Israeli readers have a very wide choice to select from – from Bassani to Ginzburg, Calvino and Morante, from Gamberale to Starnone. Basically, a number of Israeli publishing houses always have an eye on what is being published in Italy. There have been some interesting cases, however, when you consider that Se questo è un uomo (If This is a Man) was only translated into Hebrew in 1989. And much still remains to be done. Such as Pasolini, an author I adore and on whom I am working at the moment with two novellas he wrote when he was younger, but which wer published posthumously as Amado mio – they are fantastic. Another author who I think deserves greater attention in Israel is the great Umberto Saba and I am also grappling with his novel Ernesto at the moment.

As regards translations I have already done, I could mention Caos calmo by Sandro Veronesi, Canone inverso by Paolo Maurensig, a really great book, and Le nozze di Cadmo e Armonia by Roberto Calasso. And then there is Antonio Tabucchi, who is not just an author for me, but, above all, a great friend. I haven’t translated only narrative, however. Indeed, I’d like to mention the strange fate that recently befell my translation into Hebrew of Antonio Gramsci’s collection of writings Quaderni dal carcere. My translation found itself at the centre of a cultural debate in Israel about the intellectual hegemony of the Ashkenazi at the expense of the Sephardic “front”. In Israel, people love to discuss everything, make highly unlikely deductions and lump together apparently incompatible elements.

I have also translated a lot of poetry, editing a bilingual anthology of Italian authors. Actually, everything began with poetry a long time ago, when I was working on my Master’s with Tullio De Mauro…

And then you began your adventure with Elena Ferrante, right?

That’s right! At the time, I was living in Rome. Anita Raja, the German studies scholar and translator, was a friend of the woman who owned the place in which I lived. One day, she gave me two novels that had been published in the series Raja was involved in, two novels by Elena Ferrante, a completely unknown author. The two novels were L’amore molesto, which came out in Italy in 1992, and I giorni dell’abbandono, which appeared exactly ten years later. I had already begun working with Menachem Peri, “the great patriarch of literature in Israel”, as he was described. Hasifriyah Hahachadash was the main publisher of contemporary classics, and also other things, and he edited these publications. But publishing Elena Ferrante was a massive gamble: an author who had only written two books, with the second published ten years after the first, books that had hardly been bestsellers in Italy. Moreover, an author you could not interview and of whom there was not even one photograph… Peri said to me at the time: “This is such a massive gamble that all I can do is trust you – you’ve convinced me!” We decided to publish the second book first as it was a bit easier for Israeli readers. And it was an immediate success. The gamble paid off…

The adventure continued with L’amica geniale. After the list of the top ten best-selling authors was introduced in Israel, there had never been an author who had been first and second in the list for weeks on end, but this is what happened with Elena Ferrante, who was an unprecedented success. Can you tell us about your experience of translating these books? How did you manage to convey the use of dialect in this story, a dialect that is so deeply rooted in such a distinct place as Naples?

Yes, L’amica geniale was an unprecedented success, which, as I said before, totally changed my life. The translation was also highly appreciated. As for the dialect, I knew before I even started that it was impossible to render any dialect in translation. When I was studying with De Mauro, and this is important, I was also getting to grips with Eduardo De Filippo… The fact remains that even though in the TV series subtitles were needed for Italian viewers who were not from Naples, Ferrante never uses dialect, but writes in dialect. And yet, her characters hardly ever speak Italian, except for her, the protagonist. So what literary device is the author using? The aside “they said in dialect”. Even Lenù says at one point: “I threatened him in a dialect I didn’t even know I knew”. It is also in this sort of linguistic transfert that you find the story’s strength and the truly “brilliant” balance between the work’s literary level and its setting in such a profound reality. In order to translate the book I had to enter the story myself, enter into her unique style. It was a matter of listening very carefully to the refined simplicity of what is, in fact, a very complex work. And you need to be ever vigilant to grasp the diverse registers in the story when you are translating. Indeed, every character has their own particular language which, on the written page, becomes literature.

There is no question that the Neapolitan flavour of L’amica geniale, this encounter with an unknown, not easily accessible world, could have been an obstacle for Israeli readers. But, if you look carefully, there are more than a few similarities, a certain familiarity beneath the surface, which may have to do with our sharing the same sea, the Mediterranean – on different sides, but nevertheless similar… This gave Israeli readers an opportunity, in a certain sense, to set off and explore the world of Lenù and Lila, but, in another, to nevertheless even feel a little at home in Naples.

And, in any case, when you have beautiful books, great literature, borders become irrelevant!

Elena Ferrante’s style reminds me a lot of Natalia Ginzburg. Both have a very clear, lucid prose. Apparently simple. If you think about it, neither of them needs to use metaphors or similes to make their writing more powerful. Or to bewitch their readers. 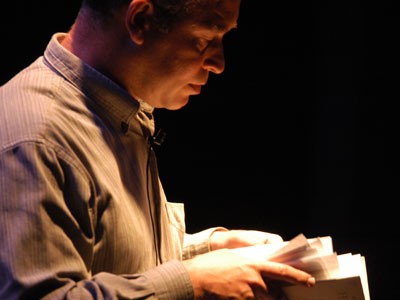