We met Audrey Scarbel, editor in charge of the Italian literature department at Grasset Éditions, to learn about her view of Italian literature and the editorial choices that guide the publication of Italian authors at Grasset. In 1982, this same publisher published The Name of the Rose  by Umberto Eco. Forty years later, the same book  is being republished in an expanded edition with a brand new look.

Twenty or thirty years ago, Italian literature was best represented in terms of number of titles in your publishing house. From about 2016 onwards, it seems that Grasset has been publishing fewer Italian titles. Why is that? Is this a sign of a decline in interest in Italian literature?

In 2016, the entire foreign literature team at Grasset changed. At that time, the publishing house had only purchased the rights to Niccolò Ammaniti‘s book Anna. Now, between the time when rights are purchased and the time a book is published, there is often a two-year delay – which explains this initial small gap.

However, last year we published Sandro Veronesi’s novel The Hummingbird, which won the France Inter Award/Le Point Prize in France, and Antonio Talia‘s fascinating investigation into the ‘ndrangheta (Statale 106, minimum fax, 2019). This year we published, among others, Sunken City (originally published by Bompiani, 2020), the superb first novel by Marta Barone, translated by Nathalie Bauer, and on 16 November we published a new edition of Umberto Eco‘s bestseller, with drawings and notes by the author, marking the fortieth anniversary of The Name of the Rose.

In April of next year, we are publishing Teresa Ciabatti‘s novel Sembrava bellezza, published in Italy by Mondadori in 2021, a text of magnetic power and a publishing sensation in Italy, and more titles in the pipeline. So it is a process of reconstruction, not a lack of interest. In fact, Italian literature is one of Grasset’s strongest foreign literature areas, and the company has always defended it and given it a specific spot in its catalogue. In addition, this is literature that sparks the interest of readers. The lower number of publications is a cyclical issue, rather than the result of an editorial policy.

What type of Italian literature do you publish at Grasset? What criteria guide your choices?

It’s always a bit difficult to answer this question because at Grasset, with Joachim Schnerf (director of the foreign literature collection), it’s really our favourite books that guide our choices. We don’t look for specific themes. However, we do give a lot of thought to highlighting new voices, to building a sort of balance between the great names of world literature and younger voices, and between male and female voices. We are trying to bring more youth and more female voices to the catalogue. In the end, what is decisive in our editorial policy is really the text itself. We also follow a criterion of originality. We are looking for books that we feel we have never read before, that stand out because of their literary quality, but are yet to find their own audience, because we are also aware of the economic stakes in the foreign literature market. It is a question of finding a somewhat delicate balance between high literary standards, on the one hand, and, one the other, a kind of literature that can reach a wide readership.  We also try to balance the number of publications by language area in our annual programme. We publish two to three Italian books per year, out of a total of fifteen to twenty foreign literature titles.

You have published several novels that won the Strega literary prize: is this prize a selection criterion for you?

I follow the literary award news with much interest, but as we receive our texts from agents and publishers, our decision as to whether or not we should purchase the French rights to a book is often taken at the time when a book is published in Italy, or shortly before. Therefore, by the time the Strega literary prize is awarded, I have often already made my choices about the titles – meaning the books we want to acquire the rights to, and those we decline. I also pay close attention to the Campiello Prize and other prizes that I find interesting. The results of the Strega literary prize in 2020 and 2022 were in a way rather pleasant surprises, since books for which we had acquired the French rights to (he Hummingbird by Sandro Veronesi and Mario Desiati’s Spatriati, published by Einaudi and winner of the Strega literary prize in 2022, Ed.) won the prize beforehand.

Do you think there is something specific to Italian literature that French readers – just as an example – find particularly attractive?

Italy is a great country for literature, with a strong tradition in terms of non-fiction, featuring  literary monuments that inevitably have an influence over what is written today in Italy; so there is perhaps a peculiar character that distinguishes Italian literature, just as it could be said for other countries, like France, Spain, or England. I have the feeling, however, that contemporary European writers read each other maybe even more than before, and have done so for years, so this national specificity is a little less marked, because the influences are varied.  In any case, this is not something we necessarily seek out, even though it is true that the Italian titles that proved extremely very successful in recent years were deeply localised. I’m thinking of Elena Ferrante of course, or Borgo Vecchio by Giosuè Calaciura (published by Les Editions noir sur blanc in 2019, translated by Lise Chapuis and originally published in Italy in 2017 by Sellerio), a novel that is very much rooted in a Sicilian setting: I have the impression that readers enjoy that.

Do you think there was a wave of Italian literature published in France after the publication of Elena Ferrante?

I think that publishers realised that readers were interested in this literature. And there may have been an Italian literature fad following the success of Elsa Ferrante’s tetralogy.  On the other hand, I have the impression that there is a cyclical effect: several interesting voices emerge over the course of a few years and then, for a while, their numbers subside; this happens in France, in Italy, just about everywhere… In my opinion, for example, at the end of the 2010s, which you mentioned earlier, many interesting Italian publications, even among the younger generation, were produced by authors who had already been published by other publishers in France, including Paolo Cognetti, Nadia Terranova, or Marco Missiroli, to name but a few. On the other hand, in recent years there have been more high-quality Italian books by authors who had never been translated in France before, which include Marta Barone, Claudia Durastanti, Mario Desiati – because the rate of purchases depends also on editorial ebbs and flows. 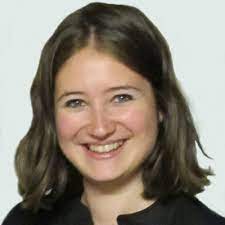