Interview with Diego Marani, new director of the Italian Cultural Institute in Paris

A writer and translator, after a long career with the European Union and your presidency of CEPELL (Italian body for the promotion of books and reading), you have now become the director “of undisputed fame” of the Italian Cultural Institute in Paris. Can we say that your career has revolved around cultural mediation?

I would, undoubtedly, say that cultural mediation has had a central role in my career. From when I began my linguistic studies in the culturally complex city of Trieste and then as a translator at the Council of Ministers and in my job at the European Commission’s Directorate General for Youth and Education promoting multilingualism and language teaching, which eventually involved me in the launching of European cultural diplomacy with the European External Action Service. I am constantly engaged in cultural mediation, not just when developing cultural relations with EU partner countries, but also in my daily work with colleagues from other EU countries. Europe is undoubtedly a mosaic of cultures that dialogue with one another, where the perceptions, sensitivity and attention of each culture are different. It is essential to know how to listen and understand to be able to work together. My work experience has undoubtedly been international and if there is one constant in all these years it is the tremendous attraction exercised by Italian culture. There is no question that dealing with culture as an Italian within the European Union has endowed me with special privilege merely because of my nationality. Yet another example of the power of Italian culture.

What kind of direction do you intend to take when planning the Institute’s activities while you are in charge?

I intend to promote Italian culture in all its different forms in an integrated way to include not just traditional forms, but also technology, fashion, design, cuisine, cultural heritage and tourism. I want there to be greater interaction between all these different forms of Italian culture and the Institute, so that an exhibition in an Italian museum or a new restoration on an archaeological site is given coverage in France. I am thinking of tourist-cultural itineraries that reveal lesser-known parts of Italy and the excellence to be found there in every field – places scarcely known outside of Italy, but which are authentic gems. This would relieve the pressure on major tourist destinations once the pandemic is over. I want people to know places off the beaten track and the areas around our borders, where Italian culture is engaged in a constant dialogue with that of the neighbouring country – an intermingling of cultures that I believe will help create a new European awareness. It is in this spirit that I want to promote a dialogue between cultures, above all between Italy and France, and, in a certain way, also from Paris, I want to add a European dimension to this cultural promotion. I also intend to pay particular attention to young people, contemporary art and the cultural expressions of the “new Italians” emerging from immigration. I want the Institute’s activities to develop a coherent cultural narrative and establish a dialogue with French cultural institutions, as well as those of other countries, also by enhancing the role of the Italian Cultural Institute in Strasbourg, ideally placed to dialogue with both the European Parliament and the Council of Europe.

In 2022, Italy is meant to be “pays à l’honneur” at the Salon du Livre in Paris, but it is still uncertain whether the event will go ahead. What will the strategies of the Institute led by you be with a view to this event?

The translation and promotion of Italian works will be my priority looking ahead to the Salon du Livre. Here, too, special attention will be paid to lesser-known literary works and authors who are particularly relevant to French readers. I want to insist, above all, on the question of translation as, too often in Italy, little importance is attached to the work translators do, while in France translators are almost the second author of a work. Another priority will be to promote contemporary writers able to reveal the modernity of Italy to the French. That does not mean I intend to ignore the classics or lesser-known authors of the past who can help French readers acquire a better understanding of our literature. The promotion of Italian books requires strategy and system. That is why I shall be making use of all the instruments created in Italy to support the book sector and I shall be cooperating closely with bodies such as CEPELL, with the new instrument newitalianbooks, created by Treccani, and with Italian Cultural Institutes in other French-speaking countries. But I also want to involve publishers and develop ways of working together to promote the book market, such as making the Institute available as the venue for meetings and events related to the Salon. France is a nation of sophisticated readers, so it is important we present literature of quality and substance at the Salon. I do not intend to focus solely on literature, however, as I also want to promote Italian non-fiction works and, above all, focus sufficient attention on other expressive forms, such as comic books and the graphic novel, which are very popular in France, as this is a sector in which Italy boasts excellent authors. My main aim is to ensure that the Salon du Livre does not remain an isolated event, however important, but becomes an event that provides continuity of action, keeping interest in Italian books alive in France.

Diego Marani was born in Ferrara and trained as an interpreter at the University of Trieste before working first for the European Union’s Council of Ministers and then the European Commission, where he has specialised in multilingualism and support for literary translation. He was advisor to the Italian Minister of Cultura during the Italian Presidency of the European Union in 2014 and from 2015 to 2021 he worked at the European Union’s External Action as coordinator of EU cultural policy. Diego Marani is also the author of numerous books and essays. He was awarded the Grinzane-Cavour literary prize for his novel Nuova grammatica finlandese, which has been translated into fifteen different languages, including English (New Finnish Grammar). L’ultimo dei Vostiachi (The Last of the Vostiaks) was shortlisted for the Premio Campiello and won the Premio Stresa. His latest book, La città celeste, was published in 2021 by La Nave di Teseo. Diego Marani is also the inventor of Europanto, the mock language in which he has written hundreds of articles for several European newspapers and also published a series of short stories, Las adventuras des Inspector Cabillot. Since 1 April 2021 he has been the Director of the Italian Cultural Institute in Paris. 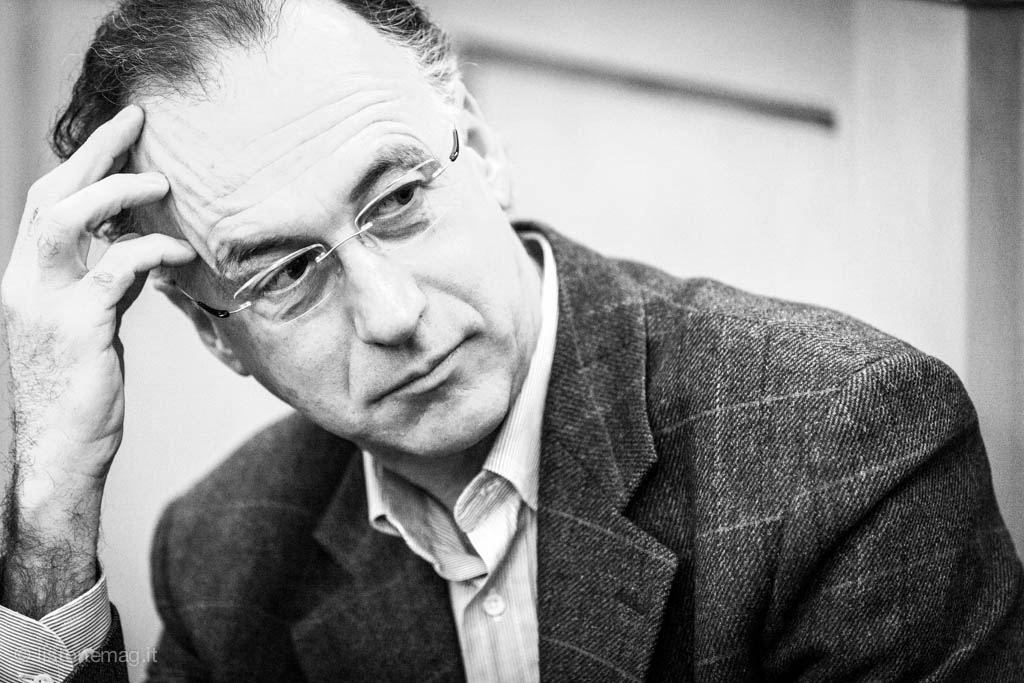