The website is under construction. We apologize for any inconvenience.
Home / Insights/ Interviews/ Interview with Viviana Vuscovich, Rights Manager, GeMS
InsightsInterviews 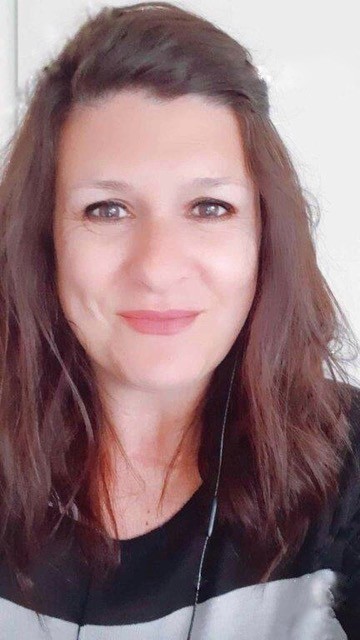 To start with, could you tell us a little about yourself?

Despite my surname, I’m afraid I have no connection to the Slavic world. I’m Italian, born in Genoa. After ten or so years in France because of my father’s job, my family returned to Genoa, where I spent my adolescence and then graduated in Foreign Languages. Twenty years ago, I moved to Milan in pursuit of my crazy passion for books.

Tell us about your career path and how you became Rights Manager at GeMS.

After completing a Master’s Degree in Publishing in 2002, I spent three years working for a prestigious literary agency in Milan: Grandi e Associati. I think cutting your teeth in an agency is the best way to acquire a comprehensive view of the publishing world. In 2006, I joined Gruppo editoriale Mauri Spagnol, and for the first few years handled acquisitions and, among other things, the rights contracts of books included in newspapers – something very popular back then – as well as audiovisual rights. Since 2010, I’ve been consistently in charge of the sale of translation and audiovisual rights for Italian authors published by all the group’s imprints.

Tell us about the role of a Rights Manager.

I feel a great sense of responsibility when choosing the books to suggest abroad. Keeping up-to-date with international publishing, current trends and the editorial lines of every publisher certainly helps. Even so, you have to be motivated by a love of books and authors. It’s the only way to fuel your curiosity and always be ready to seize an opportunity or a chance to find the crucial element to bring together a foreign publisher and an Italian book.

There’s a lot of office work, but whenever I can, I love to attend the main trade fairs, and am always on the lookout for less famous ones, like the Sharjah International Book Fair (Emirates) and Moscow Non/Fiction Book Fair, for instance.

It’s always a little difficult on the language front… Italy has an important cultural heritage, but we must never forget that Italian is, unfortunately, a language spoken by just a small minority of the world’s population and that presents a non-negligible hurdle in that there are very few Italian readers in the world, so relatively few people who can assess the books for themselves.

Have there been any changes in the field of translation from Italian books into other languages because of the pandemic? I mean in terms of numbers as well as genres. And on the subject of change, I’d like to focus briefly on the UK. Have you noticed any changes since Brexit?

Despite the shock of the initial pandemic period, when everything came to a standstill, the publishing industry quickly reacted. The results in Italy are amazing: print sales grew by 16% in 2021.

In Europe, this 16% growth of the Italian market is ahead of Germany and the United Kingdom, and second only to France (which picked up after a drop in 2020) and Spain.

There have been cuts, changes and the re-arranging of publishing plans, but nobody has stopped wanting to publish and read good books.

However, there has been a decrease in Italian books in translation. Publishers have been rather more cautious in their choices, with a preference for established authors and modern classic authors.

It’s a difficult period for debut literary novels, because their authors haven’t had sufficient exposure or the chance to promote themselves, give presentations in Italy, just as they haven’t had a chance to promote themselves at festivals and bookshop tours abroad. Genre fiction – thrillers with a strong protagonist and setting, women’s fiction, historical novels and sagas – travels the most easily.

A novel that falls between two genres is likely to be trickier to sell, especially in Germany and to English-speaking publishers. In Italy, we’re more open to this blend of genres.

Similarly, what we call atmospheric or mood noir. In Italy, in this genre, we can often have a classic investigation as a vehicle for telling the story of contemporary Italy, its social and political context, its background as well as its territory: it’s too local for foreign publishers.

A new trend, maybe because of the pandemic, is the need to know about ourselves and our health, and how to take care of and heal ourselves. There’s an explosion of Pop non-fiction.

As for the UK market, I haven’t noticed any particular changes since Brexit; perhaps Anglophone publishers in general are less curious about our productions and offers and less open to challenges from Italian authors.

Are there any countries where it’s easier or harder to sell translation rights than in others? I’d also like to know if some countries prefer specific genres or not.

I would usually sell rights first to France, Spain and Germany because they are closer. Albania and Greece have been known to react quickly. In recent years, Arab countries have also started translating some of our books.

The Far East shows great interest but they tend to prefer buying shorter books from us, mainly non-fiction.

More generally, it’s quite hard to sell foreign literature to the Scandinavian markets except in English. They have a strong history of domestic literature. These are also countries that are very influenced by Anglo-Saxon culture (more than in Southern Europe).

We know that overall the Anglophone world publishes a very small proportion of books in translation, unlike non-Anglophone countries. How do you think Anglophone publishers could be encouraged to undertake more translations from Italian? Are there any ways in which Italian publishing could help?

In Italy, we’re still a little behind other European countries – like France, for example – in supporting the promotion and translation of books abroad.

The main, indispensable tool to bring Italy in line with other countries is the use of translation subsidies with the certainty of receiving the subsidy, as well as simpler procedures. There have always been subsidies from the ministry and other organisations, and I must admit that the process was complicated both at the application and refund stage. But I’m confident that something is changing: in June 2020, while the pandemic was in full swing, there was an announcement by the MAECI – the Ministry of Foreign Affairs and International Cooperation – that additional grants were available for the promotion of Italian books. This announcement was made again in 2021 with Cepell, the Center for books and reading of the Ministry of Culture. Consequently, over €650,000 was given out to 217 applicants.

We hope there will be a more systematic approach to subsidies. There are two important international events at which Italy will be guest of honour in the next couple of years: Paris 2023 and Frankfurt 2024.

Finally, do you have any forecast regarding the translation market?

As I said, during the pandemic, publishers invested in stronger titles. This has led to a substantial “bestsellerization” of the market that must be taken into account in the long run.