The website is under construction. We apologize for any inconvenience.
Home / Insights/ Surveys/ Italian books in Albania
InsightsSurveys 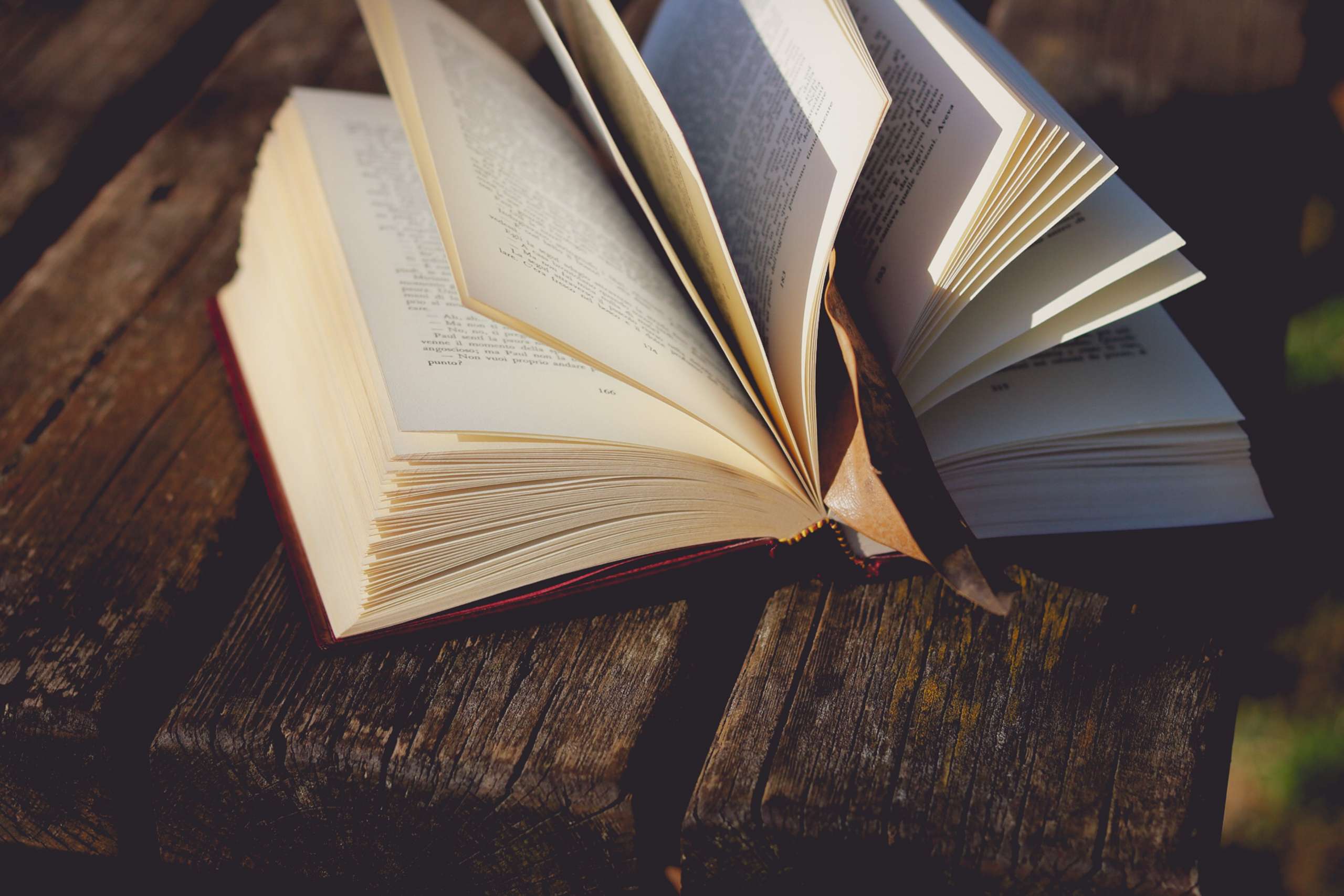 The information used to write this overview was obtained from the catalogue of the National Library of Albania, which assigns a unique ISBN code to every book translated and published by Albanian publishing houses. The National Library receives five copies of each book published, which are then catalogued and placed in its various collections.

The information provided regards books published in the period 2000-2020, but, as the National Library had not received copies of all the works published in 2020, only those received by December 2020 have been taken into consideration.

A general idea of the number of Italian authors translated into Albanian for each year of this twenty-year period is provided by the bar chart below. 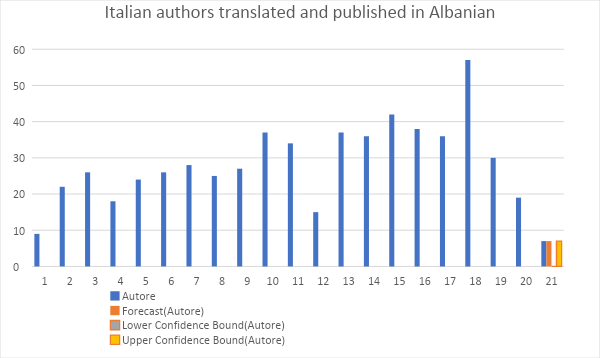 A total of 251 authors were counted. They included:

Dante Alighieri is one of the most translated Italian authors in Albania, with Albanian publishing houses frequently bringing out new translations or republishing existing translations, also because his works are in the national school curriculum. Between 2003 and 2018, the Divina Commedia, either the complete work or one of its three parts separately, was published or republished fourteen times by six different publishing houses. Three translators were involved: Pashk Gjeçi, Mark Ndoja and Meritan Spahija. In addition to the translations, there are also works of commentary, such as Ferri, Lexim i përzgjedhur dhe i komentuar (The Inferno, selected readings and commentary, translations by Pashko Gjeçi, Albas 2003), and critical studies, such as Antonio Scarelli’s Të vërtetat shkencore të “Komedisë Hyjnore” të Dante Alighieri-t (In search of science in Dante Alighieri’s “Divina Commedia”, translations by Pashko Gjeçi, Jozef, 2017).

Giovanni Boccaccio’s Decamerone, translated in 1992-1993 by two exceptional translators, Ali Hashorva and Shpëtim Çuçka, was republished in its entirety in 2020 by the publishing house Toena.

Italian authors who have won the Nobel Prize for literature and been translated into Albanian are: Grazia Deledda, with two editions, in 2004 and 2016, of her novel Canne al vento, translated, respectively, by Violanda Cako and Romina Kasharaj; Eugenio Montale, with four works translated by four different publishing houses; Luigi Pirandello, with eleven of his novels and plays translated by eight translators, including Amik Kasoruho and Klara Kodra; and Salvatore Quasimodo, with two works published by two different publishing houses.

Literature for children and young adults.

Italian poetry has been translated into Albanian by several publishing houses. In addition to Quasimodo and Montale, already mentioned among the Nobel Prize winners, mention should also be made of Alda Merini, with two works published, Mishi i engjëjve (Pika pa sipërfaqe, 2012) and Lëkura e shpirtit (Adonis, 2014), translated, respectively, by Lisandri Kola and Aqif Hysa. There have also been Italian poetry anthologies edited by prominent figures from the world of Albanian literature, such as Poezi italiane e shekullit XX (Italian poetry of the XX century), edited by Klara Kodra (Elena Gjika, 2000).