The website is under construction. We apologize for any inconvenience.
Home / Insights/ Surveys/ Italian books in Bulgaria
InsightsSurveys 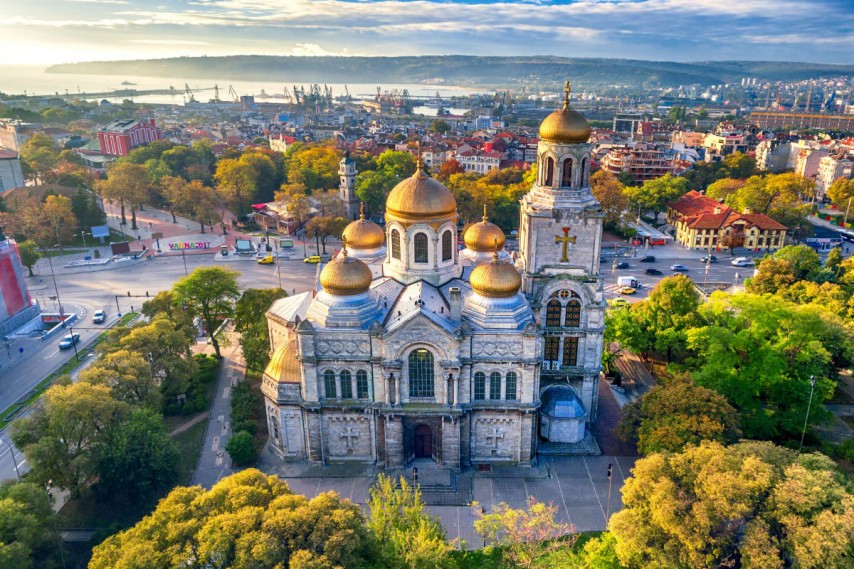 Literature has always played a primary role in the cultural relations between Italy and Bulgaria. There is still no general bibliographical index listing all the Italian works that have been translated into Bulgarian since 1878, the year in which Bulgaria became an independent kingdom following the Treaty of San Stefano. During the period of socialism, until the end of the 1980s, when all publishing activities were controlled by the State, various translations of Italian classics were published, including works by authors such as Dante, Petrarca, Boccaccio, Campanella, Casanova and Manzoni, but also modern and contemporary authors, such as Carducci, Fogazzaro, Verga, Capuana, d’Annunzio, Salgari, Deledda, Svevo, Pirandello, Malaparte, Montale, Moravia, Buzzati, Zavattini, Iovine, Cassola and Malerba. The books translated and published before 1990 also include books for children and young adults by Carlo Collodi, Edmondo De Amicis and Gianni Rodari. One work that deserves a special mention, because of its great importance, is Dante Alighieri’s Divina Commedia, especially as this year is the 700th anniversary of his death. The first translation into Bulgarian of his poem, which was limited to Canticle 1, was by Konstantin Velichkov and was published in 1906. The entire work was published in 1975, translated by Liuben Liubenov and Ivan Ivanov, with a new edition published in 2011.

At the beginning of the 1990s the private publishing sector began to develop, with numerous new publishing houses opening, some of which closed very quickly for lack of financial resources. The authors translated in this period include classic authors, such as Niccolò Machiavelli and Giordano Bruno, and important names from the twentieth century, such as Primo Levi, Italo Calvino, Natalia Ginzburg and Giorgio Manganelli, but also contemporary writers, such as Andrea Camilleri, Alessandro Baricco, Umberto Eco, Paolo Giordano, Viola Ardone, Elena Ferrante, Fabio Volo, Cristina Cassar Scalia and Margaret Mazzantini, journalist, such as Tiziano Terzani, Beppe Severgnini and Alberto Angela, and essay writers and scholars, such as Franco Cardini, Giorgio Agamben, Mario Giuseppe Losano, Nuccio Ordine, Carlo Rovelli and Marino Biondi.

The publishing market is a complex market everywhere and Bulgaria is no exception. As an example, the publishing houses Siela, Helicon, Оrange, Booktrading, Hermes and Bookpoint (some of which are also distributors and even have their own bookshops) turn out around 6,000 titles each year, for a total of 10,000 books with an ISBN number, although some of them have a print run of only 300 copies. While, clearly, the sale of a book depends on numerous factors, such as VAT, royalties, distribution, the number of distributors and bookshops, it is sad to say that the life of a book in Bulgaria is also very short – one year at most, after which books are removed from the bookshelves as bookshops to not have enough space. So, if readers do not know the exact title of a book, the name of both the author and the publishing house, it is extremely difficult for them to find what they are looking for. The second negative element concerning the publishing market in Bulgaria is that many publishers are highly conditioned by the two main distributors, Siela and Helicon, which apply a very high mark-up.

The most important publishing houses in Bulgaria publishing books translated from Italian are listed below.

Janette Publishers, founded by the poet Bojana Apostolova in 1990, initially published only Bulgarian authors, before opening up to international authors. During the last ten years, it has been fairly active in the field of translations, especially of Italian authors, including: Dino Buzzati, Il colombre and Il segreto del Bosco Vecchio; Primo Levi, I sommersi e i salvati and Il sistema periodico; Italo Calvino, Marcovaldо; and Carlo Rovelli, Sette brevi lezioni di fisica.

Iztok-Zapad Publishers, founded in 2002, are rather different from other publishing houses. They currently have more than 2,000 titles in their catalogue, divided up into different series, ranging from philosophy to culturology, from anthropology to history and economics, from linguistics to psychology, from mathematics to financial sciences. They are noted for their translations of classical authors such as Livy, Liutprand of Cremona, Thomas Aquinas, Dante, Boccaccio, Leon Battista Alberti, Giovanni Pico della Mirandola, Leonardo da Vinci and Giorgio Vasari, but also important authors of non-fiction, including: Umberto Eco, Scritti sul pensiero medievale and Storia delle terre e dei luoghi leggendari; Roberto Assagioli, Psicosintesi; Franco Cardini, Europa e l’Islam and “L’Islam è una minaccia” FALSO!; Nuccio Ordine, L’utilità dell’inutile and Classici per la vita; and Mario Losano, I grandi sistemi giuridici. It is no coincidence that, in 2015, this publishing house was awarded a special prize for the translation of Italian books and the dissemination of the Italian language abroad by the Italian Ministry of Culture. Worthy of special mention are the bilingual editions, with the original text and the Bulgarian translation on opposite pages, together with notes and glossaries. They include works such as Machiavelli’s Principe and Giordano Bruno’s La cena de le ceneri, De l’infinito, universo e mondi; Candelaio and De la causa, principio et uno.

There are, of course, numerous small publishing houses that have also made important contributions to the dissemination of Italian books in Bulgaria during the last ten years, such as Zahari Stoyanov, Trud and Era: Roberto Saviano, Gomorra, La bellezza e l’inferno and ZeroZeroZero. Tochiza, Kryg: Nicola Gatteri and Antonio Nicaso, La storia segreta della ndrangheta.