The website is under construction. We apologize for any inconvenience.
Home / Insights/ Italian books in Romania
Insights 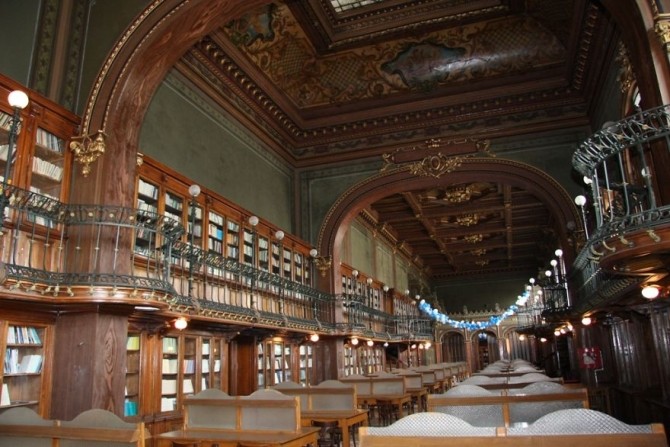 Until the end of the eighteenth century, Romania’s contacts with Italian culture were sporadic and marginal. While the nineteenth century saw a major shift of Romanian states towards Western culture, it was not until the beginning of the twentieth century that relations with Italy became truly important. The creation of chairs of Italian language and literature in the country’s most important universities, the presence of highly cultured Readers (such as Ramiro Ortiz, who founded the chair of Italian language and literature in Bucharest, the magazine Roma and the first Italian Cultural Institute in Romania) and the introduction of Italian as a subject to be studied in Romania’s schools (thanks to the close political ties between Italy and Romania during the interwar period) all favoured not only the dissemination of Italian culture, but also the creation of an audience that was both informed and interested. It was during this period that excellent versions of some of the great classics of Italian literature (such as the Divina Commedia in the metre of Dante by Romanian poet George Coșbuc, published at the beginning of the twentieth century, followed by an equally excellent prose translation by scholar of Italian studies Alexandru Marcu) and numerous translations of contemporary authors became available in Romanian, with Carducci, d’Annunzio, Pascoli, Pirandello, Deledda, Papini, Bontempelli and Ungaretti among the authors published (primarily by Alcalay in Bucharest).

After the Second World War, the new Communist regime and the censorship it imposed had an unexpectedly positive effect on the dissemination of Italian literature in the country. Distrustful of the messages of contemporary Western society, the regime encouraged the translation and publication of the great classics of the past, while intellectuals, who were unable to express themselves as authors or in their university courses, began to dedicate themselves full-time to translating and editing with great care the works they were translating. It is thanks to the Italian Cultural Institute that we have a first database for the period. Based on an initiative of the then young Vito Grasso, in its monthly magazine Notizie culturali italiane the Institute published in 1976 an almost complete survey of all the Italian books that had been translated into Romanian in the period 1945-1975. The list is impressive: numerous books on art (published primarily by Meridiane), a few books on philosophy (in addition to Gramsci, there was also Benedetto Croce and Vico’s Scienza Nuova [The New Science]) and many, many works of literature. Thanks to eminent scholars of Italian language and literature, such as Eta Boeriu, Nina Façon, Alexandru Balaci, Stefan Crudu and C.D. Zeletin, Romanian culture was enriched by the works of Dante, Petrarca, Boccaccio, Machiavelli, Castiglione, Michelangelo, Tasso, Goldoni, Gozzi, Foscolo, Manzoni, Leopardi and Verga – to mention just a few of the most important names. These translations were usually accompanied by an excellent critical analysis, but also often contained a foreword that “corrected” the ideas of the authors ideologically. There are several reasons behind the boom in high quality translations. It should, first of all, be remembered that censorship during this period was far less suspicious of authors of the past. Moreover, as Romanian readers did not have access to contemporary Western publications, they could not get enough of the classics, which then became the subject of fervent discussions in private societies and at universities. In addition, the public financing of the publishing sector meant that, at the time, publishers were able to have print runs that are now unthinkable. Finally, it is also necessary to highlight the important role played by a generation of highly professional editors and a publishing house in Bucharest that specialised in world literature (its name changed over the years from ESPLA to ELU and then Univers). It was thanks to the intelligence, culture and skill of these editors that, from the 1970s onwards, despite the censorship, not only were the classics being published, but also the best of twentieth-century Italian literature: the poetry, fiction from Svevo to Sciascia and Eco, and non-fiction, including history, cinema and the sciences.

The political changes that took place in 1989 also reshaped the publishing industry. New publishing houses were created, with their catalogues open to every kind of genre and topic, especially those that had previously been banned. Humanitas, ALL, RAO, Nemira and Curtea Veche Publishing in Bucharest, and Polirom in Iași are a few important names. The publishing industry in the new democratic regime also adopted a quite different economic approach, given the absence of state funding. The now private publishing houses became far more cautious, choosing only titles they knew would sell with much smaller print runs. For a decade, they mainly published reprints or new translations of works by twentieth-century writers of consolidated fame, such as Pirandello, Pavese, Calvino, Buzzati, Primo Levi, Moravia and Dacia Maraini, with less interest being shown in the classics of the past and more recent writers.

During the last two decades, however, while there continue to be translations of well-known twentieth-century authors such as Calvino, Buzzati, Pasolini, Eco and Giuseppe Berto, there has also been a renewed interest in the great classics of the past and, in particular, a desire to catch up, to embrace contemporaneity and to look at new titles, new authors and the winners of the most important literary prizes.

With regard to the classics of the past, these are being translated and published primarily thanks to a single project, unique in the Romanian publishing world, which has been supported and promoted since it began in 2005 by both the Italian Cultural Institute in Bucharest and the Italian Ministry of Foreign Affairs. This project, which was also awarded a prize by the Italian Ministry of Cultural Heritage and Activities in 2008, is the bilingual series of classic works “Biblioteca Italiana”, created by  the publishing house Humanitas (https://humanitas.ro/humanitas/colectii/biblioteca-italian%C4%83). Forty-four works of the most important authors in Italian literature up to the end of the twentieth century, translated into Romanian for the first time, have been published in this series – works by Boccaccio, Jacopone da Todi, Leon Battista Alberti, Pietro Bembo, Machiavelli,  Guicciardini, Galilei, Tasso, Foscolo, Goldoni, Beccaria, Giordano Bruno and Michelangelo, important anthologies of Italian sonnets, novellas and Renaissance comedy, and books of poetry by leading twentieth-century poets, such as Montale, Saba, Pavese, Mario Luzi, Sandro Penna and Giorgio Caproni, as well as an anthology of contemporary poets. All these works are bilingual editions. Only novels, which were added to the series quite recently, are published in Romanian alone, with authors such as Sciascia, Savinio, Calvino and Pirandello. This important publishing initiative also helped train a series of young translators from the university world, who have now become authentic specialists in literary translation: Oana Boșca-Mălin, Corina Anton, Miruna Bulumete, Aurora Firța-Marin and Gabriel Purghel.

As for the desire to catch up and embrace contemporaneity, a recent source of information is now available: the online database ITALIANISTICA TRADUZIONI (http://www.orizzonticulturali.it/it_database3_Italianistica-traduzioni.html). The project, which was conceived and implemented by Afrodita Carmen Cionchin, a scholar of Italian studies in Timișoara, in collaboration with the University of Bucharest’s Department of Italian Studies, is published in the bilingual online journal Orizzonti culturali italo-romeni, edited by Cionchin herself. The aim of the database is to list all the books written by Italian authors, from every category, that have been translated into Romanian. This project is a work in progress, which currently contains data on 400 books published during the last four years. The database makes it possible to obtain precise information on the latest trends, such as the most important genres, the main Romanian publishing houses currently involved in the dissemination of Italian books in Romania and the translators most active in the translation of contemporary texts. Among the most relevant pieces of information provided by the database is the highlighting of the importance of a genre that is often not held in great consideration, but is nevertheless important: children’s books (the series devoted to Gianni Rodari and Maria Montessori, Mitologia per bambini, I miei piccoli eroi and all the various re-editions of Collodi, De Amicis, Salgari and Vamba). The publishing houses most active in this field are Humanitas giovani, Litera, Arthur and Trei. Among the translators, it is necessary to mention at least Vlad Russo and Marina Loghin. Another positive sign is the presence of a number of Italian authors in the series regarding science (Carlo Rovelli, Luca Perri and Luca Novelli) and philosophy or the history of philosophy (Giorgio Agamben, Gianni Vattimo and Giovanni Reale) of leading publishers Humanitas and Polirom. Novels, however, remain the preferred genre of readers and, therefore, also of publishing houses. Paying attention to the most recent successes and the Italian literary prizes awarded, leading publishers, namely Humanitas fiction, Polirom, Nemira and Litera, have not missed any of the books by Alessandro Baricco, Elena Ferrante, Paolo Cognetti, Lorenzo Marone, Paolo Giordano, Roberto Saviano and Andrea Camilleri, but they have also paid attention to authors such as Tiziano Scarpa, Stefano Benni, Nadia Terranova, Andrea De Carlo and Susanna Tamaro. There are, obviously, numerous translators, who, generally, remain faithful to their publishing houses. A few of the most well-known names regarding the translation of contemporary works are Gabriela Lungu, Cerasella Barbone, Geanina Tivda and Emanuel Botezatu.