Translation is contagious, but, at the same time, it is also seditious. It is contagious because translators identify a captivating “virus” in a specific linguistic and cultural context, and then rack their brains to pass this virus on to others in a different context; it is seditious because those people who preach the (sacred) inviolability of the space in which they belong must constantly be on the alert to defend against dreaded contamination. But the truth is that a people’s/nation’s vitality corresponds to the vitality of the culture it expresses, namely to the extent to which it is able to (ex)change in response to external stimuli. How could one explain, otherwise, the parallel and mutual developments of all the European families through the periods of the Enlightenment, then Romanticism, right up to the present day.

The idea that translation should be understood not merely as something being passed on, but rather as an activity at the very foundation of cultural excellence, was also put forward at a conference organised in 2017 by the Italian Cultural Institute in Belgrade – “Cultures in translation: a paradigm for Europe”. During this conference, it was also highlighted how, looking specifically at the complex web of relations between Italy and Serbia, it is necessary to look back to the Late Enlightenment, namely a period characterised, on both sides of the Adriatic, by national and identity movements. What happened then was that, within the framework of a generally uniform system of values, a group of Serbian intellectuals took inspiration from the teachings arriving from the opposite side of the Adriatic. In other words, in the Balkans access to the Enlighteners occurred through an Italian filter. Among the many people who can be considered initiators of Serbian culture and literature, mention must be made of: D. Obradović, progenitor of the University of Belgrade, who was greatly influenced by F. Soave’s Etica; J. Vujić, who translated Croce’s Bertoldo and Bertoldino and their “cousin” Cacasenno; E. Janković, who made a name for himself with his adaptation of C. Goldoni; and J. Pačić, whose poems were inspired by the Petrarchan models used by Ragusan poets.

Rather than slowing down, this innovative influence of Italian origin soon accelerated to such an extent that this period has been described as that of the “Two Risorgimenti”, to borrow from the title of an important work by N. Stipčević (who developed Italian studies in Belgrade), published in the 1970s. This explains the repeated references to Dante, the “father of the Italian nation”. Given the period and the circumstances, the number of people working on translations of the Commedia (mainly selected parts), some of high quality and others rather less so, is nevertheless quite remarkable. What is certain is that, however veiled, clear traces of Dante’s work are still visible in the literary production of Serbia.

This proliferation of translations of Dante, which continued until the middle of the twentieth century, had the undoubted boon of paving the way for interest in other Italian authors. The first translation of Boccaccio’s Decameron was only produced in the 1880s, almost certainly by the Jovanović brothers (who also tackled Metastasio’s melodramas). This was followed immediately by a translation of Ariosto’s Orlando furioso by D. Stanojević.

This interest in the “classics” turned into something much greater when, almost announcing the arrival of Pijemont (a cultural magazine with a very clear political content), interest also started to be shown in contemporary authors. At this point, perhaps as a result of his many dealings with Mazzini, S. Jovanović, a historian renowned for his theoretical approach, had already acted to make a large section of Machiavelli’s Il principe available, but what was particularly striking were, above all, the Futurists’ “words in freedom”, Pirandello’s theatre/meta-theatre and Verga’s realist short stories, with this genre quickly finding an interpreter/translator of great worth in S. Matavulj.

This joint presence of old and new quickly led to some interesting developments. An emblematic case was that of Nobel Prize winner I. Andrić, who, forced by the war to stay in Belgrade, studied and translated into Serbian Guicciardini’s Ricordi, his Storia d’Italia, the dealings of Venetian ambassadors. All these ingredients, intelligently put together, can be found in both Il Ponte sulla Drina and his reflections in Znakovi pored puta (his translation of Ricordi was published posthumously in a critical edition edited by N. Stipčević).

The tensions resulting from the war, except for a brief period during which they were strongly felt, do not appear to have caused any irreparable harm or to have irreparably jeopardised the solidity of ties forged over decades, enabling these ties to survive even the most difficult challenges. Despite the not insignificant negative influence caused by the climate of ideological conflict that was felt throughout Europe, the many ties that existed between these two Adriatic peninsulas quickly created enormous spaces. It would be difficult to talk about these without mentioning the immense efforts made by the major universities and their institutes of Italian language and literature – the University of Zagreb and the University of Belgrade, both of which were engaged in promoting praiseworthy publishing initiatives, such as the Fiume journal La Battana, which was asked to become, with the help of Rome, a privileged space of encounter between Italian and Yugoslav writers. It must be noted, however, that, as a result of the growing number of contacts and relationships, what proved most decisive was the effect of the mass market, which contributed to redesigning the shape of society as a whole. In addition to a return to the “classics”, with more mature versions of the Commedia and the Decameron (not to mention the genuine enthusiasm surrounding Petrarch), and the usual attention paid to writers of the moment (take Moravia), there arrived a new phenomenon with a tsunami effect: that of “letteratura circostante” (as defined by Gianluigi Simonetti), namely literature without frills or great expectations, but which nevertheless also certifies a cultural proximity. The most striking cases are linked to the world of the fumetto: the tremendous popularity of Bonelli’s works (from Zagor to Tex) and the success of the duo Max Bunker & Magnus (Alan Ford, excellently interpreted by N. Briksi), are truly amazing, with the number of copies sold reaching levels that will probably never be repeated.

The situation regarding translations from Italian does not appear to have been affected by the dissolution of the Yugoslav federation. The last two decades have been characterised by a large number of titles being made available, which has also filled in some important gaps (such as Pirandello’s Novelle per un anno) and helped to improve the selection of books offered by “sectorial” libraries (from history to philosophy and the various fields of sociology). It is also important to highlight how, alongside authors of undoubted fame (from U. Eco to C. Magris), there has been a major effort on the part of bodies and institutions, such as the Ministry of Foreign Affairs and Italian Cultural Institutes, to support the praiseworthy activities of emerging, combative publishing houses, whose goal is to make available the voices of poets and prose writers who are less well-known to the general public.

With the precise aim of guiding people within a general framework that has become extremely complex and varied, the three volumes of Čitanje Italije (Reading Italia) – one each for fiction, non-fiction and poetry – were published. This extremely useful tool, fruit of the collaboration between the Italian Cultural Institute of Belgrade (under the then director, D. Scalmani), the Department of Italian Studies and the publishing house Arhipelag, could be compared to a sort of bibliographic catalogue understood as a point of arrival, but which could also become a point of departure. 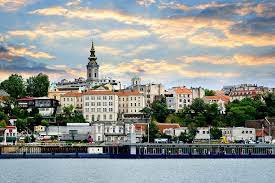