The website is under construction. We apologize for any inconvenience.
Home / Insights/ Surveys/ Italian Poets in Translation
InsightsSurveys 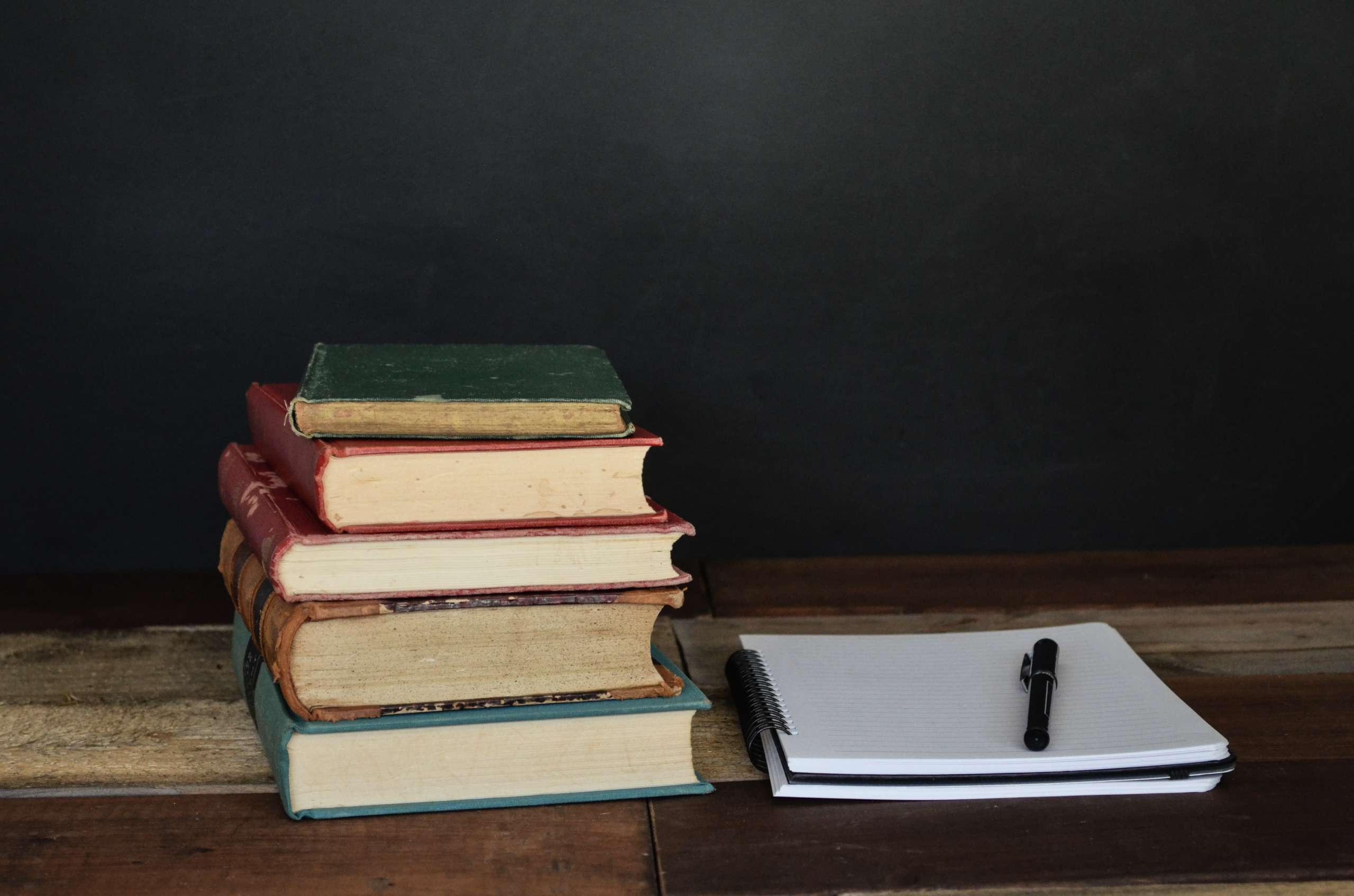 The last book planned by Seamus Heaney before his death was The Last Walk, the author’s version of sixteen madrigals that make up the section “L’ultima passeggiata” of Giovanni Pascoli’s Myricae. 575 copies of the book were published in the autumn of 2013 by Gallery Press, the leading publisher of Irish poetry, founded and run by Peter Fallon, a poet and friend of Heaney.
Until not long ago, the only twentieth-century Italian poet of undisputed international fame was Eugenio Montale. It is, therefore, very pleasing to see a step backwards into our poetic tradition to Pascoli, another undoubted master of modernity. In 2010, Deborah Brown, Richard Jackson and Susan Thomas had already produced together Last Voyage: Selected Poems (Pasadena, Red Hen Press), a text that Heaney had used so he could work “safely” on his own original reworkings. Later, in 2019, World Poetry Books published Last Dream, and anthology of Pascoli’s work, put together and translated by Geoffrey Brock. This outstanding poet, born in 1964, had already translated the poems of Cesare Pavese in the United States and was editor of the massive The FSG Book of Twentieth-Century Italian Poetry. An Anthology, published in 2012 by Farrar Straus Giroux, which contains versions of the work of 73 poets, from Pascoli to Gabriele Frasca. In Last Dream, Brock makes a careful, inspired selection, offering 27 compositions, which are translated with great finesse, acknowledging in the short article at the end that Pascoli, “has written a handful of the most beautiful and wistful poems I know in any language.”

Between Pascoli and today’s poets, there are, of course, all the Italian poets of the twentieth century, one of the richest periods for Italian poetry. Even though Italian poets are far more likely to be translators than to be translated, the leading poets of the twentieth century have become the focus of attention, also quite recently, filling some important gaps. In 2012, George Hochfield and Leonard Nathan edited Songbook: The Selected Poems of Umberto Saba, published by Yale University Press, while there was also a recent reprint of Choses dernières (Ypsilon Éditeur 2020), the translations of this great poet from Trieste by Bernard Simeone, who also translated the poetry of Penna, Luzi, Caproni, Gatto, Sereni, Fortini and Erba. A new edition of Eugenio Montale’s poems, translated by Jonathan Galassi, marked the resumption of the Everyman’s Library Pocket Poets series in 2020, while the American publishers Norton had already published The Collected Poems of Eugenio Montale, edited by Rosanna Warren and translated by William Arrowsmith, back in 2012. Hanno Helbling had published, one after the other, his translations of poems by Ungaretti, Die Heiterkeit. L’Allegria: Gedichte 1914-1919 (2009), and by Montale, Gedichte: 1920-1954, while the collection of Montale’s poems edited by Christoph Ferber, Was Bleibt (Wenn es Bleibt). Gedichte 1920-1980, is far more complete. Sandro Penna, who until now has been translated mainly into French, has now appeared in English in Within the Sweet Noise of Life: Selected Poems (2021), translated by Alexander Booth.

A few years ago, Jacob Blakesley, an American translator of Italian poetry and prose, who teaches at the University of Leeds, in his book Modern Italian Poets: Translator of the Impossible (University of Toronto Press), critically explored the widescale devotion to foreign poetry displayed by the major Italian poets of the twentieth century, who explored the differences and honed their poetic techniques. Several of the authors analysed are still alive, so it is interesting to see to what extent the influences have been reciprocal.
Several modern-day Italian poets, who have already been translated in the past, have seen a renewed attention paid to their work. Patrizia Cavalli is one of the most widely appreciated Italian poets outside of Italy: Mes poèmes ne changeront pas le monde was published in 2007 by Des Femmes, with the translations by Danièle Faugeras; My Poems Won’t Change the World, an anthology edited by Gini Alhadeff containing Cavalli’s work up to 2006, was published in 2013 by Farrar Straus Giroux and then by Penguin in 2018; Diese schönen Tage: Ausgewählte Gedichte 1974-2006 was published in 2009 by Hanser Verlag in the Lyrik Kabinett series, which also includes Alphabet des Augenblicks, poems by Milo De Angelis (2013), Entweder bin ich unsterblich, poems by Anna Maria Carpi (2015), and Vom heimlichen Ehrgeiz, ein Bleistift zu sein, poems by Valerio Magrelli (2016), all edited by Pierò Salabè.

Another German translation of Italian poetry is Von Erker des Körpers, Annette Kopetzi’s translation of Antonella Anedda’s Dal balcone del corpo, published by Literaturverlag Ronald Hoffmann (2010). Anedda’s anthology of poems Archipelago was published in England by Bloodaxe, with the translations by Jamie McKendrick, a renowned English poet and editor of the anthology 20th-Century Italian Poems (Faber and Faber 2004) and The Embrace: Selected Poems by Valerio Magrelli (2009). McKendrick was awarded the John Florio Prize for his translations of the poems of both Magrelli and Anedda.
Another fortunate translation of an Italian poet is Selected Poems by Fabio Pusterla, for which American poet Will Schutt received the American Academy of Poets’ Raiziss/de Palchi Fellowship in 2019. Moreover, he recently translated selected poems of Edoardo Sanguineti and also co-curates Policromia, an annual international festival of poetry and translation in Siena.

A very recent publication is Mi decir salvaje (Antología 1979-2015), a translation of poems by Franco Buffoni in Spanish by Jaime Siles, Jesus Diaz Armas and Juan Carlos Reche. Buffoni himself edited Italian Contemporary Poets. An Anthology (2016), a collection of poems of forty contemporary Italian poets translated into English by, among others, Richard Dixon. Another collection of verse by twenty Italian poets, selected once more by Buffoni, is contained in Un filo di seta. Antologija sodobne italijanske poezije (Ljubljana, 2019), edited by Veronika Simoniti and translated by six Slovene authors.
Annelisa Alleva had two collections of her poems, which she herself chose, translated in the publication A memoria/Naizust’ (Pushkinskij Fond 2016), a bilingual edition with translations into Russian by five Russian poets, and Poesie Scelte/Selected Poems (Gradiva 2020), with the English versions by five different translators. The work of Paolo Febbraro that has attracted the greatest interest on the part of translators is undoubtedly Il Diario di Kaspar Hauser, which has been translated into Spanish by Bruno Mesa (Ediciones Las Palmas 2015), into English by Anthony Molino (Negative Capability Press 2017), for which he was awarded the Raiziss/de Palchi Prize, and into French by Louis-Charles Reynaldi (Arcadès Ambo 2020). Neige pensée is a collection of the most recent poems by Amedeo Anelli, translated into French by Irène Duboeuf. Anelli is also the founder of “Kamen. Rivista di poesia e filosofia”, one of the leading journals of poetry and philosophy in Italy, which frequently includes translations by foreign authors. Nácar (2016) contains Laura Pugno’s collection of poems La mente paesaggio (2010) in Spanish, but this is not a translation, as she rewrote the poems in Spanish with the help of the Chilean poet Violeta Medina.

In general, what emerges from this incomplete survey is that Italian poetry unquestionably still enjoys high prestige internationally, probably greater than that attributed by most readers buying books of poetry and the critics writing for literary journals in Italy. There is no doubt that, culturally speaking, Italy is a transnational phenomenon and so increasingly is its poetry. In terms of the number of countries in which Italian poetry is read and the many references made to it, today’s Italian poets fear no competition, capitalising on the innovation and deprovincialisation carried out by their precursors. The fact that the reaction of foreign translators and publishers to Italian poetry has generally been of a high level both qualitatively and quantitatively is obviously very comforting, corresponding to a demand for attention and relation that appears fully justified.