The website is under construction. We apologize for any inconvenience.
Home / Books/ Fiction/ La custodia dei cieli profondi (The deep-sky guardian)
BooksFiction 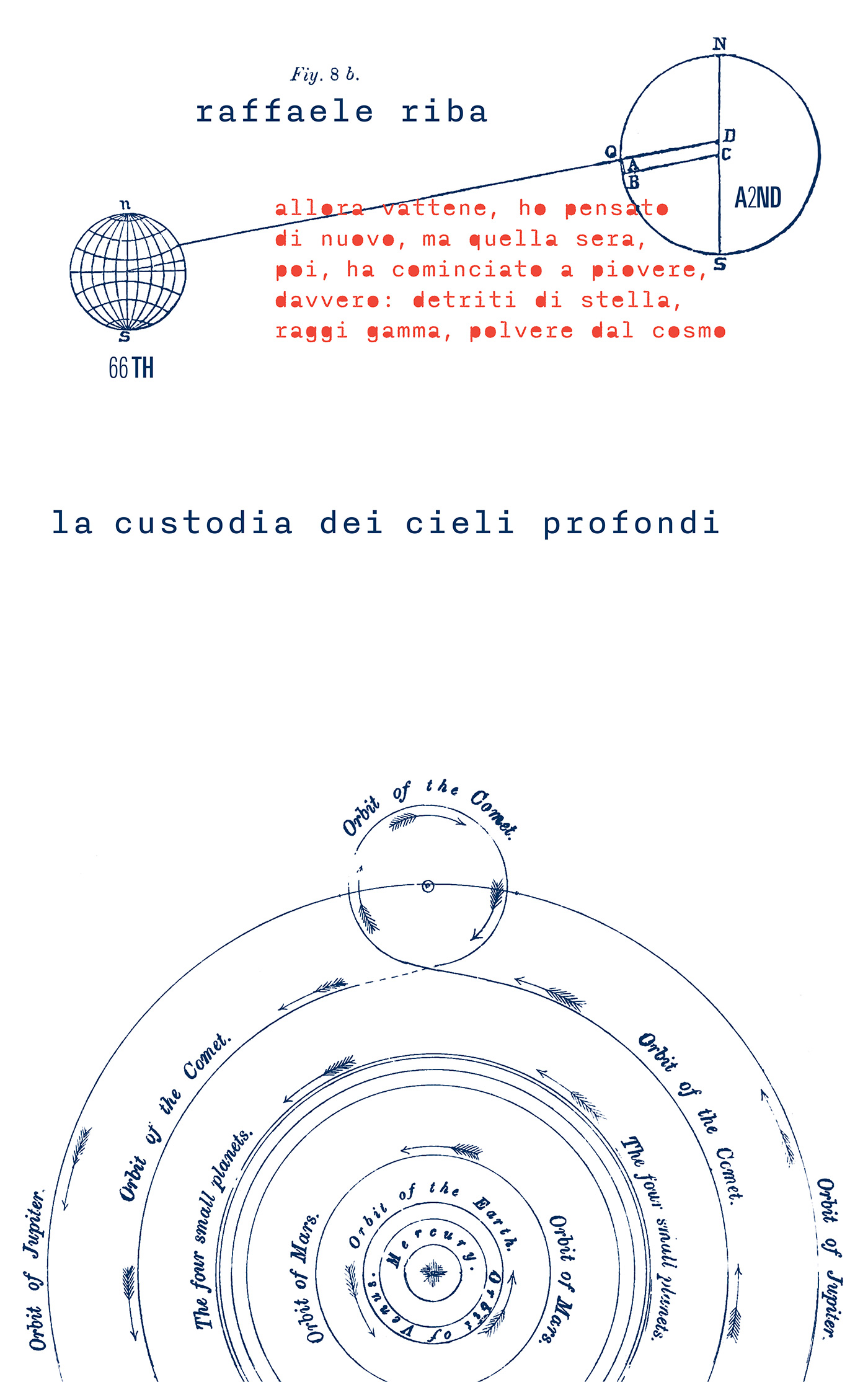 A novel about the eternal relationship between Cain and Abel, about brotherhood and the weak love that also marks humanity.

Gabriel is a man that talks about the end of days – of his own, and maybe even those of his whole race. A second star has appeared in the sky, the circadian rhythm has been unsettled, birds are falling from the sky, flowers are shrivelling up, and strange characters are starting to present themselves at the locked gates of Odessa Farm, coming anywhere from the nearby town of Lurano or from someplace that may border where the world ends. Odessa Farm, where Gabriel keeps himself barricaded, also sets the boundaries for his whole life: he had grown up there with his brother Emmanuel and with his parents and grandparents, and it was a place he had continued to love and defend, even when it had become the scene of a rapid family break-up. After his brother, along with his mother and father before him, chose to leave the Farm, Gabriel decides to embark on a desperate battle against erosion and entropy, obsessively preserving his house with the expectation that on his return his brother could reconstruct that essential bond; a bond which, for Gabriel, could be the only way he could prove his existence.

Raffaele Riba was born in Cuneo in 1983. He is among the City Writers and teaches in the Holden School. He made his debut in 2014 with Un giorno per disfare (A day to take apart, 66thand2nd) and in 2015 Loescher published You’d Better be Afraid.