The website is under construction. We apologize for any inconvenience.
Home / Books/ Fiction/ La natura è innocente (Nature is innocent)
BooksFiction 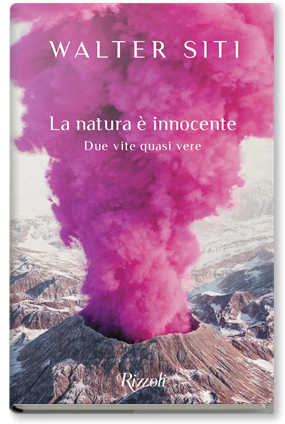 Walter Siti returns with his most ambitious novel to date: a portrayal of two radical and desperate characters, shining a light into every corner of their lives with the force of true literature.

Two men. Two extraordinary lives that couldn’t be more different and distant, told by the unique voice of a Strega Prize winner: the true stories of Filippo and Ruggero, the former a matricide and the latter an ex-pornography actor who first became a princess and then a university professor. They are the mirror that Walter Siti uses to reflect on himself, the watermark through which he bares witness to his own contradictions and those of all of us. Among the pages of this novel of truth, we end up discovering ourselves as immoral beings, indeed amoral, and we hold off our judgment on what is right and wrong. Because we can do nothing but surrender to the indifference of a Nature that is devoid of freedom, and simply consenting to laws that are inaccessible to us.

“The heart of Walter Siti’s work is right here, in the heartrending relationship between the voice that narrates and the life it is narrating.” – Emanuele Trevi

“Siti knows how to tell the secret motivations that move the world, the confusion on which every idea about order is based.” – Marco Lodoli, “La Repubblica”

Walter Siti, originally from Modena, lives in Milan. He has taught at the universities of Pisa, Cosenza and L’Aquila and curated the complete works of Pier Paolo Pasolini. He cooperates with La Repubblica. From Scuola di nudo (Einaudi 1994; BUR 2016) to Troppi paradisi (Einaudi 2006; BUR 2015), from Il contagio (Mondadori 2008; Rizzoli 2017) to Resistere non serve a niente (Rizzoli 2012; 2013 Strega Prize; rights sold: Albania/Tirana Times, France/Métailié, Korea/Opus Press, Macedonia/Ili-Ili), his novels are unanimously considered among the most important in the landscape of contemporary literature. His latest novel is Bruciare tutto (Rizzoli, 2017; rights sold: France/Editions Verdier).