The website is under construction. We apologize for any inconvenience.
Home / Books/ Fiction/ La ragazza col cappotto rosso (The girl in the red overcoat)
BooksFiction 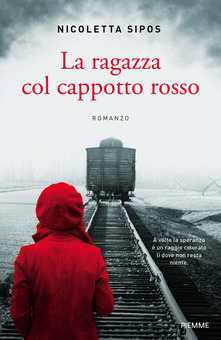 A hidden letter unveiling a shameful secret. A red overcoat that could save a life. The story of a love even stronger than war.

It’s the fate of those who carry the burden of many broken lives. I too have suffered, I know it full well, andwas not responsible for those deaths – we’ve repeated it often enough. And yet, had I been a little braver,had I risked a little more, perhaps I might have saved at least some of them. But I thought only of myself.So I became an accomplice to the massacre. A killer myself. I cannot stop reliving the tragedy, and infectingthose closest to me with my anguish. This is my punishment. I should beg forgiveness of so many, but thereis no-one left to ask.

Marta Schwartz thought she knew everything about her mother, Clara. But after Clara’s death, while shestruggles to get over her grief to make the necessary arrangements, Marta finds a tin box stashed away. Abattered old biscuit box, so utterly at odds with her mother’s tidiness, with her phobia of hoarding. Insidethere are a few old pictures of people she has never met, some notes, and a letter. Marta is wary of violatingher mother’s privacy, yet that letter seems to beckon her. And when she finally reads it, it will open the doorto a world of secrets and truths unspoken for over half a century. Things Marta knew nothing about.It seems that in 1965 a woman going by the name of Bekka Kis had written Clara a long letter, confessingher terrors and anguish, her guilt for having survived all her loved ones, her fear of having been complicit intheir death. So Marta begins to investigate what appears to be her family’s best-guarded secret, uncoveringtruths impossible to understand unless you yourself have lived them. She will embark on a journey tothe most fragile and torn heart of the Second World War, unveiling the guilt known only to survivors. Anddiscovering a love that was stronger than the war. Stronger than separation. Stronger than death itself.

Nicoletta Sipos is a wife, a mother of four and grandmother of six. After living in Hungary, Germany and the United States, she has settled in Italy. With fifty-years experience in journalism for newspapers and magazines, she accepted a job of book critic mainly as an excuse to keep reading and discover new and fascinating writers. She has a passion for true-crime. Her own novels include Il buio oltre la porta and Perché io no, published by Sperling & Kupfer