The website is under construction. We apologize for any inconvenience.
Home / Books/ Fiction/ La selva degli impiccati
BooksFiction 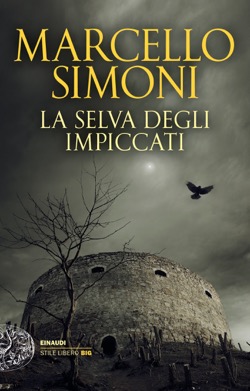 From the slums of Paris to the forests of Burgundy, the autumn of a Middle Age full of deceits and mysteries will be the background to the story of the legendary character of François Villon.

Anno Domini 1463, Paris. Imprisoned in a well of the Châtelet, the poet François Villon is sentenced to death on the gallows. He is being accused of murder and theft, and the sentence is not commutable. But when he is about to be hanged, he is graced in extremis. A mysterious benefactor saved him, but there is a price to pay, or more precisely a deal to sign. A pact with the devil: he will have to investigate on the Coquillards, a gang of criminals who used to be his friends. He assumes that he has been “sold” to the justice by one of them, and he is firmly decided to search for the truth. The investigation will lead him to Dijon, in Burgundy, where Villon will meet Joséphine Flamant, a young woman who is become an outlaw, after her uncle Manuel Flamant, who has been accused of having bought an ampoule containing the Devil, was burnt alive. The beautiful Joséphine, however, has many secrets and she is harboring a revenge, in which Villon himself will be involved. Between the forests of Burgundy, the rectory of Saint Benoît, the brothel of La Coquille – the place of a thousand encounters – and the quest for the fleeing Coquillards, the poet and the girl will going through the autumn of a Middle Age incredibly adventurous and disconcerting