Listening to the voices of others. Interview with Marguerite Pozzoli.

Can you first tell us where your passion for Italian literature comes from? And did your two careers, as a translator and a member of the editorial staff, begin at the same time?

To tell you the truth, I have always loved translating, even translating from Latin when I was at high school. Then I ended up teaching, but more out of a love for literature than for teaching per se. Midway through the 1980s, I discovered what at the time was a very small publishing house, Actes Sud, near Arles. A friend of mine got me involved in a reading committee and the then director, Hubert Nyssen, told me that I could return whenever I wanted. As the publishing house grew in size, Italian works began to arrive. I was given the job of reading them because of my Italian origins and when I liked a work, I would translate short passages from it. One day a book arrived (La casa nel vicolo) by a Sicilian writer, Maria Messina, that spoke about women who were not allowed to talk and were not able to decide anything for themselves. I was particularly struck by this book, which they decided to publish. When I timidly asked Hubert Nyssen if I could translate the book, he answered “If you like it, go ahead!” I so loved translating that I decided I never wanted to stop. I loved being able to recreate the voices of others. The book was a success and the author’s grandchildren wrote to me, sending me photographs and some of Maria Messina’s letters. It was no ordinary translation – it was an authentic adventure.

Then there were other Italian books: from Naples, from Trieste, as I wanted to offer different voices. And, in the end, they put me in charge of the Italian literature series.

Meanwhile, I had also started working for other publishing houses, but whenever I came across an interesting book, I always suggested it to Actes Sud first.

How did you learn to translate?

I learnt by doing it, with very little help at the beginning. You have to be able to listen to the voice of an author and render it in the best way possible. You need to avoid, above all, writing anything that sounds wrong; you must try never to betray the voice or music of a text. Giorgio Pressburger, a writer who has been very important for me, once told me: “If you cannot hear the voice, you should not be translating.” His advice was invaluable.

What is your opinion concerning the fidelity of a translation? In other words, to use Jean-René Ladmiral’s famous definition, do you feel more “sourcier”, that is more bound by the source text, or more “cibliste”, paying greater attention to the target language and culture?

What does a faithful translation mean? Is it just a question of being faithful to the meaning of a text? If I translated a poem and remained faithful only to its meaning, I would be betraying the poem. You must never underestimate the importance of rhythm, rhyme and sounds. For me, the querelle between “sourcières” and “ciblistes” is meaningless. If you were only to consider the target audience, which kind of reader would you be granting concessions to? An educated reader? An ignorant reader? A young reader? When I translate a text from the past, I cannot introduce anachronisms merely to adapt the text to contemporary tastes. At the same time, however, if you were to remain totally bound to the source text, you would destroy it. A work has to become alive in the target language.

So, basically, you need to find a kind of balance between the two approaches…

Exactly! The keyword with regard to the work translators do is balance. Translators have to think carefully about words, get both halves of their brains working, treat words in the same way that artisans and chefs treat their raw materials. They must always be aware that if they miss out a word in one sentence, they can always restore it in the following sentence and even things out.

In a recent article about Maria Messina, you state: “I didn’t know anything about her. As a reader for Actes Sud, I was profoundly struck by La casa nel vicolo […]. I was fascinated not only by what the text said, but also by what it did not say – its silences and its music.”

How do you translate what is not said?

Maria Messina’s text is a text in which very much is not said, given its scabrous nature and almost incestuous situation. What is not being said is everywhere, appearing through symbols, and this must be preserved in the translation.

I had to tackle this problem when I retranslated Pirandello’s Amori senza amore. One of the short stories starts ex abrupto – you do not know who is speaking and you find yourself in the middle of a conversation. In that case, there were two of us translating, Anita Concas and I, which wasn’t such a bad thing as we were able to discuss at length our different ways of seeing the character. It was by comparing our different points of view, by each of us making concessions, that we were able to render this extremely enigmatic aspect in French. Moreover, in re-translating Pirandello, I realised that in the earlier translations certain sentences that expressed “disconcerting” content had been eliminated. It was as if I were actually restoring the text, like when they work on a Roman gate to return it to its original colour.

Undoubtedly. Nowadays, for example, you can no longer use words like “negro”. I remember, however, that Goffredo Parise, in Gli americani a Vicenza [published in the series “Cahiers de l’Hôtel de Galliffet”, directed by Paolo Grossi], used the term on several occasions and spoke of almost “scimmieschi” (“monkey-like”) features to describe Americans. I confess that I found it very difficult to translate these things and I remember talking to a writer friend of mine, Marta Morazzoni, about this. She told me that I had no right to cancel this aspect because the text was inextricably linked to the period in which it was written. You cannot always be politically correct. I can give you another example: I am currently translating another book by Maria Messina and I need to find a solution for the expression “l’insegnante di musica” (“music teacher”). Should I use the male form professeur or the female form professeure? If I were to choose the latter, I would feel that I was almost violating the text, that I wanted to adapt it to our times. And I still haven’t found a solution that convinces me…

In the case of Pirandello, you said there were two of you translating the text. When you translated Magrelli’s Nel condominio di carne and Addio al calcio. Novanta racconti da un minuto, you also worked together with another translator: René Corona. What is your opinion as regards collaborative translation?

Well, first and foremost, you must get on very well with the other person as you have to put the text before your own ego. If you get on, it’s like a temporary marriage. For Pirandello, Anita Concas and I divided up the short stories to translate and then analysed and criticised our respective translation choices, but always in a very constructive way. With René Corona, it was an extremely interesting experience because, living in Italy and having an encyclopaedic culture, he was able to discover the original sources of the hidden quotations and numerous cultural references in Magrelli. At the same time, however, he tended to introduce Italianisms and, in general, to remain too close to the source texts. Basically, we complemented one another perfectly. Corona also helped me to translate the poems which Stefano Benni includes at the beginning of every chapter in Di tutte le ricchezze. Benni was not happy with the first translation I sent him. “They are untranslatable”, he told me, “Leave the poems in Italian”. Of course, I couldn’t do that, so I asked René to help me. He sent me his translation, which I then worked on, improving above all its rhyming. In the end, Benni was enthusiastic: “You two have worked miracles”, he told me.

You have just spoken about your experience with Benni. In general, what kind of a relationship do you have with the living authors you translate?

It depends. Every author is different. With Benni, for example, we used to meet to discuss together the main problems in translating the text. Benni has a good ear and understands French well, so I just throw out my ideas to him and he tells me what he thinks. It’s a sort of verbal, but also cerebral, table tennis.

In the Italian series you are in charge of at Actes Sud, there are famous authors like Stefano Benni and Helena Janeczek, but also interesting, less well-known authors, such as Luigi Guarnieri and Cesare De Marchi. What is your publishing strategy?

Unfortunately, we have recently started heading in a far more business-oriented direction. My publishing strategy consists in understanding whether a text is indispensable and, by indispensable, I mean that it just has to be published because the author has a voice that is different from other voices. Now that the commercial side has become far more important and the topic of a book becomes more important than its style, the way in which it has been written, my strategy is struggling and I think that the directors of literary series are about to become extinct.

You taught translation at Avignon for five years and you regularly hold translation workshops at the École de Traduction et Interprétation in Brussels. But is it possible to teach translation? And what is your advice to young translators?

At the beginning, you can provide a number of guidelines and teach the importance of precision and of having doubts. As for advice, I would, first of all, say to young translators to persevere and to look for original works to propose to publishers, because it is very rare for a publisher to contact them. And, then, they must read a lot and listen to all types of music to improve their perception and exercise their ear. 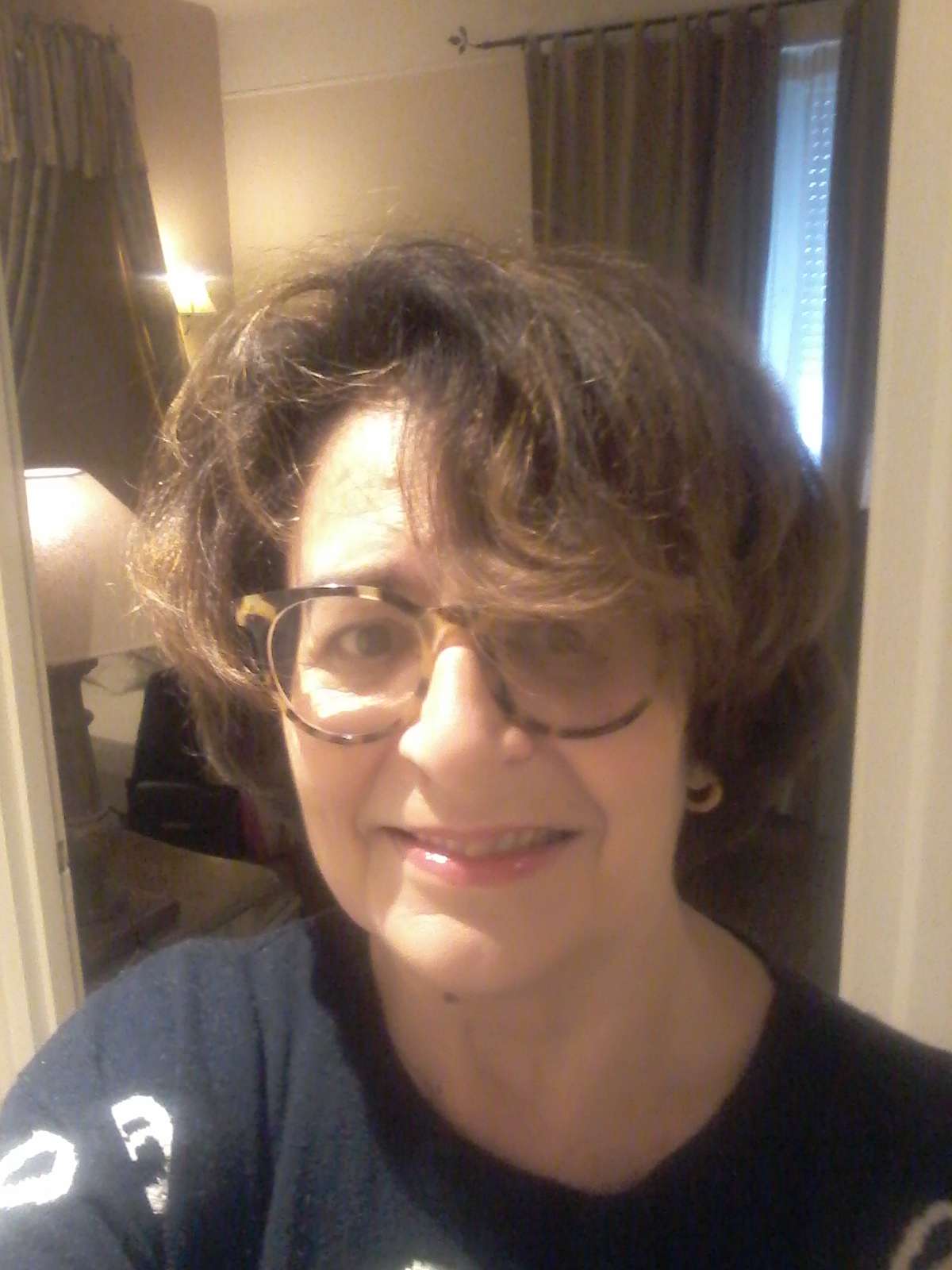