Machiavelli in other languages 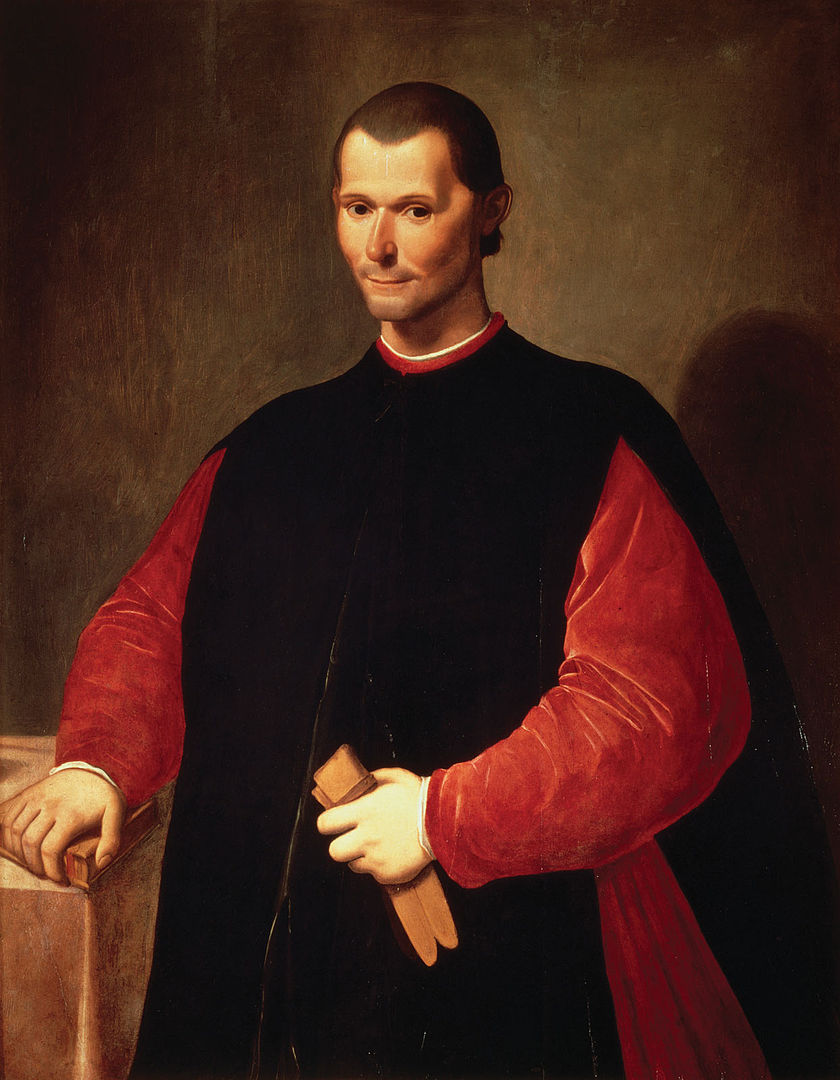 Together with the Divina Commedia and Pinocchio, Niccolò Machiavelli’s Il Principe is the best-known and most translated work in Italian literature, as well as being, to an even greater extent than the other two works, quintessentially reflective in the collective imagination of the culture from which it originates (which, it has to be said, is not always exactly positive!). While Dante’s poem and the immortal tale of the wooden boy have vast audiences made up of readers attracted, above all, by the literary value of the two texts, Il Principe has an audience comprising the most diverse categories of readers: philosophers and historians of ideas, political scientists and sociologists, but also anybody who, for whatever reason, is interested in the dynamics and inner workings of human behaviour. Il Principe had a knock on effect, generating interest in the rest of the production of this Florentine author: from his historical works and essays to his literary works, namely from Dell’arte della guerra and Discorsi sopra la prima deca di Tito Livio to Mandragola and La favola di Belfagor, all works which have now been widely translated.

It is, therefore, impossible to give a simple overview of the presence of Machiavelli, especially Il Principe, in other cultures and languages, also because it is a phenomenon that began shortly after his death and coincided with the development of a political self-awareness in the West, where his ideas were either rejected or appropriated. Even looking at just the contemporary period, it can be seen how the quincentenary celebrations of Machiavelli’s birth in 1969 gave such a tremendous impetus to studies on Machiavelli that there is no longer any modern language into which at least Il Principe has not been translated, while all the most widely-spoken languages now have translations of the complete works of Machiavelli, in modern collections produced by specialists. These have then been used to produce more reader-friendly editions, intended for a broader audience of non-specialists. This has happened in the case of Japanese, Korean and Mandarin, to give just a few examples of languages that represent hundreds of millions of readers.

Limiting this survey to the most important cultural languages in Western Europe, as requested by the editor, it can be seen that it is possible to find at least a dozen translations of Il Principe in bookshops in France, all fairly recent and accompanied by more or less adequate critical and historical contributions. To mention just the most innovative and detailed of these translations, there is the translation, published in 2000 by Presses Universitaires de France, by two of the leading Machiavelli specialists, Jean-Louis Fournel and Claude Zancarini. This edition is 642 pages long, for a text of just a few dozen pages, as the translation is accompanied by a detailed historical, linguistic and theoretical commentary. This monumental work then provided the basis for an easier-to-read translation, published by the same publishers in 2014, which has already been reprinted on several occasions. Among the many translations of Machiavelli’s minor works (though how can one say that Mandragola or Dell’arte della Guerra are ‘minor’?), one might wish to highlight, for its academic value and precise translation, the translation of Discorsi sopra la prima deca di Tito Livio by Alessandro Fontana and Xavier Tabet, published by Gallimard in 2004.

In English-speaking countries, the situation is rendered even more complex by the exceptional level of interest shown in Machiavelli, which is far greater than in any other linguistic or cultural area, including Italy, in terms of the number of studies, conferences and translations devoted to him. For a certain period in the United States, there was even an academic journal devoted entirely to Machiavelli. It would be necessary to write an entire book on this topic, requiring a great deal of time and effort, to try and explain this immense interest in Machiavelli and all the translations, above all of Il Principe. Sometimes these translations are intended for the general public, sometimes for an academic audience, and sometimes they attempt to please both audiences. Then there are the other forms of translation-dissemination (such as parts of the text of Il Principe used in comic strips or videogames). It must be stressed, however, that the most important translations of Machiavelli have not been produced by professional translators, but (as is now necessary) by genuine experts in the Renaissance and, more particularly, Machiavelli. In chronological order, mention should be made, first and foremost, of the translation by the great English scholar of the history of political thought and Machiavelli, Quentin Skinner (Cambridge University Press, 1988). Another well-known specialist, but this time American, Harvey C. Mansfield, had his translation of Il Principe published in 1998 by the University of Chicago Press, which had already published the translation of Discorsi he produced together with Nathan Tarcov in 1996. The translation of Il Principe by the American William J. Connell, one of today’s foremost scholars of Machiavelli, is accompanied by several documents that make it easier to understand the context in which the work was written (Boston, Bedford, 2016). Another very successful translation, which has been reprinted on several occasions, is the one by Peter Bondanella, with an introduction by Maurizio Viroli, published by Oxford University Press in 2008. Yet another translation worth mentioning, because of the numerous notes it contains and the excellent way in which the original text has been rendered, is the translation by James B. Atkinson, published in 2008 by Hackett Publishing. Hackett Publishing also published the excellent translation Atkinson produced, together with David Sices, of all of Machiavelli’s comedies in a bilingual edition with the original text and translation on facing pages.

Ignoring linguistic areas for which the author lacks the necessary competence (though I will mention Mark A. Youssim’s excellent book, La fortuna di Machiavelli in Russia, published by Aracne in 2019, which contains a wealth of information on recent and not so recent translations of Machiavelli in Russian, including his own), it is, first of all, necessary to highlight the considerable interest that has recently been shown in Machiavelli in the German-speaking world. One initiative, in particular, not only because of its symbolic value, but also because of the quality of the critical and philological approaches adopted, is the Machiavelli Edition, begun in Cologne in 2015, with Dirk Hoeges as editor of the series. So far there have been six publications, including both translations and critical works. The first translation was the poem L’Asino, published in 2015, followed by all of Machiavelli’s poetry in 2016; and the short piece he wrote about Cesare Borgia in 2018. The series will eventually publish all of Machiavelli’s works. Other similar initiatives, namely translations of Machiavelli’s works into German with notes, are being announced elsewhere, however, such as that of a research group working at the Albert Ludwig University of Freiburg, which will shortly be publishing a new translation with notes of Dell’Arte della guerra to mark the 500th anniversary of the publication of its first edition (1521). Other translations that deserve to be mentioned are the complete translation of Istorie fiorentine by Johann Ziegler and Franz N. Baur, published by Boer in 2016, and the recent translation of Il Principe by Rudolph Enno, published by the Hamburg publishers Meiner in 2019. Something still missing, however, is an updated translation of Machiavelli’s Discorsi. The translation by Rudolf Zorn that continues to be reprinted by the Stuttgart publishers Kröner dates back to the middle of the twentieth century and now appears rather outdated in several ways.