After the editorial success of Dar la caccia ai numeri (Hunting numbers), here are 75 new funny problems about logic, geometry, numbers, triangles and statistics. You can start from the first simple ones at the beginning and challenge yourself towards the end of the book, increasing the difficulty (and the amusement). Even if you think that you are clumsy with numbers, you will discover that you can really solve the problems… and if you can’t, you will find the solutionsat the end of the book! So, give it a try!

Daniele Gouthier is a mathematician and a science writer, who teaches Math Communication at SISSA (Trieste). He is also a writer, both of fiction and non-fiction. Massimiliano Foschi (born in 2003) has won the 2019 International Math Games Championship for the third time (he was first also in 2016 and 2017). In 2019 he also won the Italian Math Olympiad and he was third at the Balkan Mathematical Olympiad. 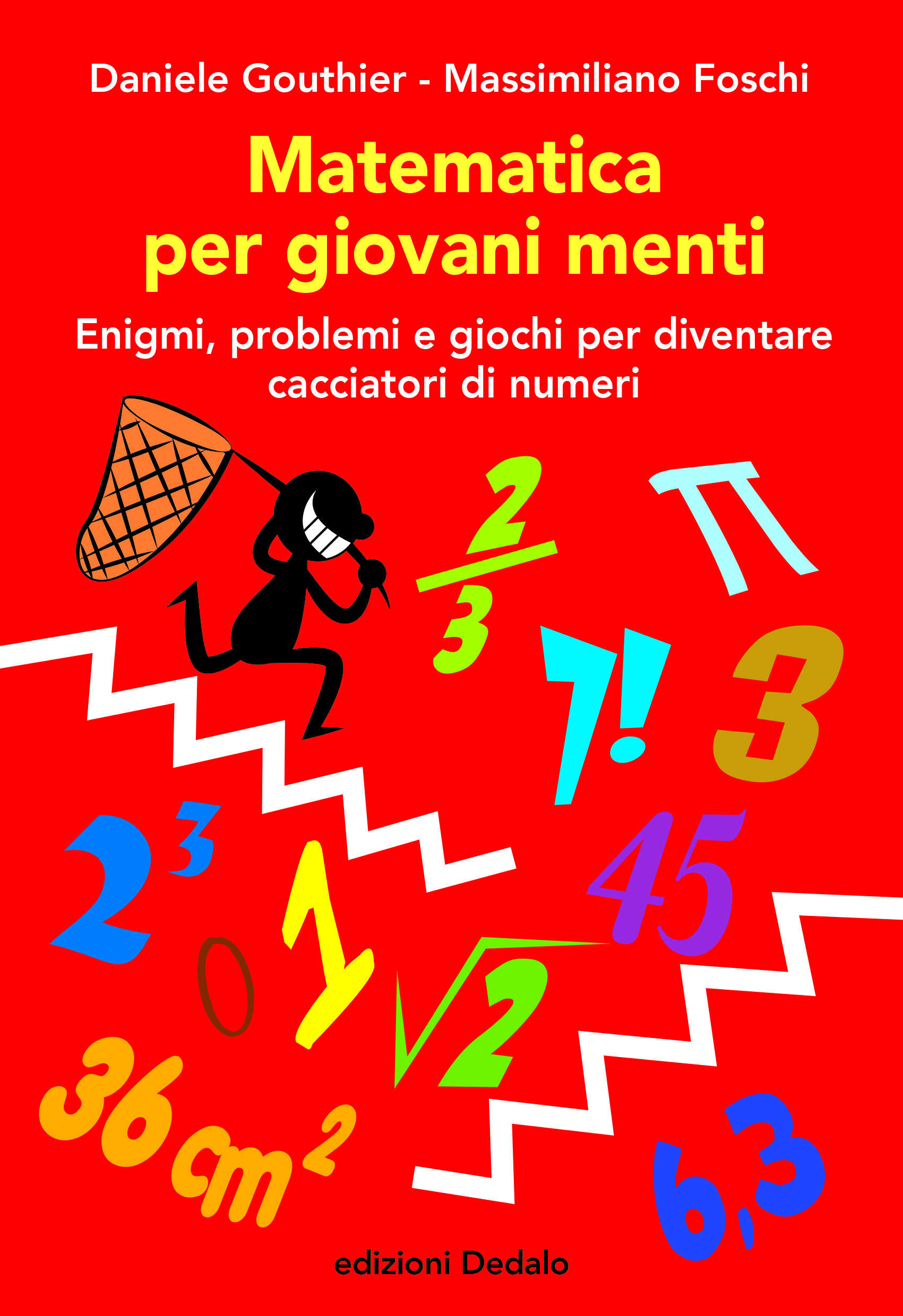